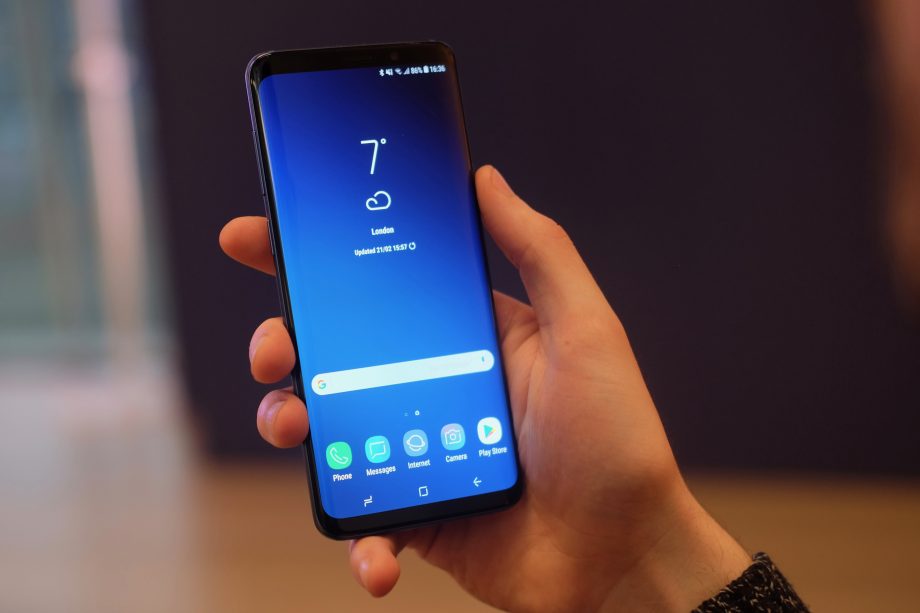 Now that we’ve fully reviewed the Samsung Galaxy S9, you’re probably wondering how it compares to Apple’s iPhone X juggernaut, which launched at the tail end of 2017. Samsung and Apple have long been battling it out in the smartphone world, with Samsung’s devices often offering the best Android-powered alternatives to Apple’s iPhone. As the two giants come to blows, it’s meant that both companies now offer fantastic specs and performance from their respective smartphones.

But which one is best for you, and how do they differ? Let us delve into the finer details.

Now that Apple has embraced a bezel-less design on the iPhone X, it’s beginning to sport a look that’s far more similar to its Android rival. After all, we’ve been seeing ever-thinner bezels on Android phones for what feels like an age now. It all started with the Galaxy S8, and with Samsung having made few changes with the Galaxy S9, those similarities remain. On the Galaxy S9, Samsung has shaved off even more of the bezel, making the top and bottom of even thinner. Some bezel remains at the top to house the cameras and sensors.

Apple’s approach is slightly different, and somewhat more contentious. Its screen goes right to the edge of the phone’s top frame, but there’s a cutout area – or ‘notch’, as it’s colloquially known – for the camera and sensors. Samsung famously mocked this design choice in comedic videos last year. ‘Notches’ are becoming more common among Android phones, but we’re happy to see that Samsung hasn’t followed suit.

The fingerprint scanner on the Galaxy S9 sits below the camera on the rear. It’s better placed, but remains fiddly to use and is very small. The Galaxy S9 also includes face and iris unlock as a rival to Apple’s clever Face ID sign-in system. Apple’s Face ID offers the more complete solution – you can’t use your irises for Google Play payments, for example – but of course there’s no Touch ID sensor anymore.

Both phones feature 5.8-inch OLED screens; Samsung’s is a Super AMOLED. Of the two, Samsung’s S9 has a higher-resolution 2960 x 1440 display, resulting in a 570ppi pixel density. The iPhone X makes do with a 2436 x 1125 OLED, for a pixel density of 458ppi. Both phones can display HDR content from Netflix, but Amazon Prime and YouTube HDR support is limited to the Galaxy S9.

Both displays are stunning, and comfortably the best on the market today. Samsung’s panel wins for colour vibrancy and saturation, while Apple’s feels more comfortable on the eyes with its warmer hues. Apple’s True Tone tech alters the colour temperature of the display according to the surrounding the environment and it’s a feature we’d love to see on some Android phones.

READ
Apple's 'Spring Loaded' Event Will Be Held On April 20

Samsung is doing some interesting things with its speakers. On the S9 they’re front-facing and tuned by AKG, plus they support Dolby Atmos for a pseudo surround-sound effect. We still think the speakers on the iPhone X are better – sound is richer and doesn’t distort at high volumes – but the S9’s speakers offer a huge improvement over older models.

DON’T MISS :Forget your password for iCloud ? Here’s How To Reset

Unfortunately, comparing an iPhone to an Android phone for performance is a little like comparing apples (ha) to oranges. Especially since iPhones run Apple’s own iOS operating system, which is tailored to take advantage of the hardware. What we do know is that both phones aren’t lacking for performance.

The Galaxy S9, as is usual for Samsung, will be available with either the new Qualcomm Snapdragon 845 or its own Samsung Exynos 9810 chip, depending on where you buy it.

In our benchmarking tests, the iPhone X scored 4257 in the single-core test and 10,364 in the multi-core Geekbench 4 test. In the same test, the Exynos-toting Galaxy S9 scored 8424 and 2472. Benchmarking tests are fine for giving an overall view, but real-world performance is far more important. Both phones feel quick in day-to-day use and can handle every single app in their respective app stores. We do, however, feel the iPhone X is reliably smoother.

In terms of RAM, the iPhone X is equipped with 3GB, whereas the Galaxy S9 packs in 4GB. iOS and Android handle RAM differently, so a bigger number doesn’t necessarily equate to better performance in this case.

Both phones can be bought with either 64GB or 256GB of built-in storage, but the Galaxy S9 sees the return of a microSD slot, which supports cards up to 400GB. This offers a much cheaper way to expand storage if you want to opt for the cheaper model with less built-in storage.

In terms of cameras, both the iPhone X and Galaxy S9 offer 12-megapixel sensors for the rear camera. Things are very different when it comes to the lenses, however. The iPhone X has a dual-lens setup, with the wider lens having a f/1.8 aperture and the telephoto lens a f/2.4 aperture. Both support optical image stabilisation.

Having both a wide and zoom lens affords greater freedom when framing shots; resorting to a digital zoom often reduces image quality. The large f/1.8 aperture on the iPhone X allows it decent low-light performance by letting more light reach the sensor, but without slowing down the shutter speed and introducing camera shake.

The Galaxy S9 has only the one lens (unless you choose the Plus model), and therefore less zoom versatility. But the S9’s clever trick is a variable mechanical aperture between f/1.5 and f/2.4. Like a lens on a DSLR, it can open or close its diaphragm to let more light reach the sensor. The f/1.5 aperture will provide more light than the iPhone X’s f/1.8, for example. But the variable aperture will also have an effect on ‘bokeh’, which is the background blur that helps separate your subject from the background.

The S9’s variable aperture shouldn’t be confused with the software-based faux-aperture adjustments seen on rival phones from Huawei or Google’s Pixel phones. Having an actual mechanical aperture is a real engineering feat – and a first for a smartphone camera. It means the Galaxy S9 can better adapt to light conditions. Specs are one thing, but a good camera needs to take good pictures. Let’s start by saying that both phones take very good photos whether you’re shooting in well-lit rooms or dingy bars. Detail across both is great and the focusing systems are fast and accurate.

But in terms of pure photo quality, we think the iPhone X captures the better picture. Just. The Galaxy S9 tends to overexpose images; we often found it boosted the light parts of the photo too much. There’s also a lot of processing going on when the photo is taken and this results in smoothed-out edges.

The Galaxy S9 and iPhone X both take decent low-light shots, but again, the S9’s images can feature overly boosted colours but lack realistic details. However, where the S9 does impress is in the sheer number of options and features packed into the camera app. It shoots 960fps slow-motion video (the iPhone X caps at 240), has a full ‘Pro’ mode for granular control, and plenty more. Both phones can shoot 4K UHD video at 60fps.

How to Fix Samsung Galaxy Blank Screen of Death

15 Reasons You NEED To Cover Your Laptop Camera

Java vs JavaScript: Everything You Need To Know!

Your Business Needs To Be On Pinterest | Here’s Why