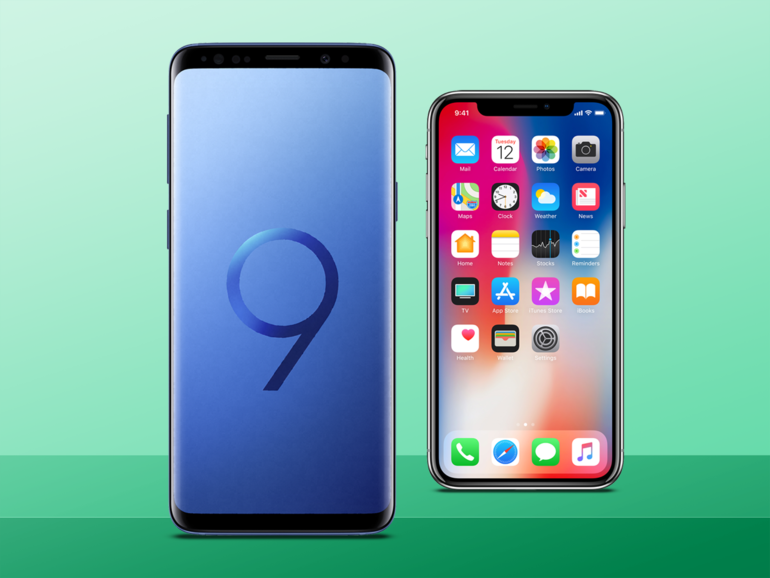 Samsung’s latest pair of iPhone rivals, the Galaxy S9 and Galaxy S9+, hit stores on March 16. And this year it’s all about the camera: Samsung’s new phones have a mechanical dual aperture that can adjust depending on the lighting and a new Super Slo-mo feature that automatically creates GIFs from your footage.

But it’s not just about what’s new. If you’re switching from an Apple iPhone, there are plenty of more subtle features that have existed on Samsung phones and other Android devices for years that may be worth paying attention to. 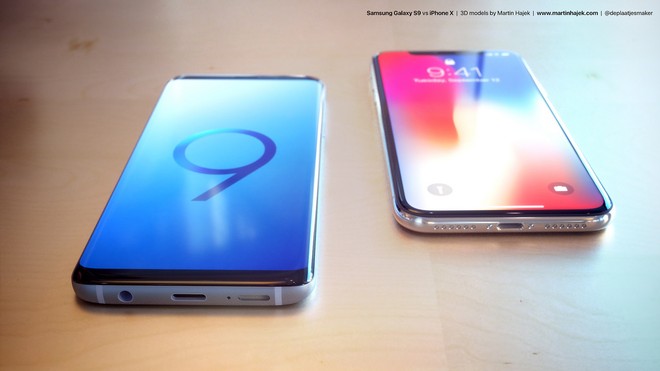 When it comes to looks, you really can’t go wrong with either of these handsets: they’re two of the most striking smartphones on the market today. But they are very different.

Both have screen-centric designs, but the Galaxy S9 opts for a small bit of bezel on the top and bottom, while the screen itself curves on either side. Meanwhile, the iPhone X has that uniquely infamous notch on the top, but the upside is that there’s very little bezel otherwise as the screen fills the entire front frame.

They’re both beautiful, and both look luxurious and feel as expensive as they actually are. It’s really up to your personal preference. The Galaxy S9 is essentially identical to last year’s edition, aside from fixing the awkward fingerprint sensor placement from before. Meanwhile, the iPhone X still feels like a one-of-a-kind… although the clones are coming. 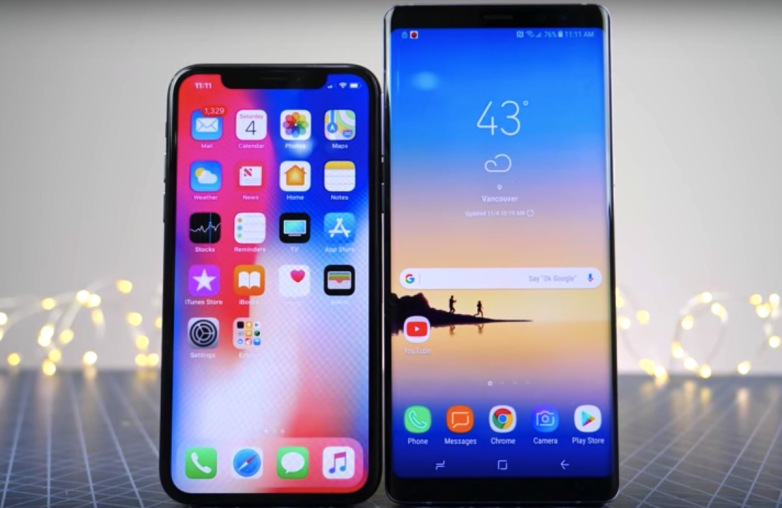 The Galaxy S9 doesn’t make any huge leaps from the 5.8in Super AMOLED Quad HD display on the Galaxy S8. This is not a problem at all. The Galaxy S8’s screen was arguably the best around last year, and this one gets about 20% brighter and has even better colour accuracy than before. It’s the new standard for smartphone screens.

On the other hand, the iPhone X screen is almost on the same level as Samsung’s own handsets. In fact, the panel is manufactured by Samsung!

Apple’s OLED screen is a bit lower on resolution (it’s 1125p compared to 1440p, or 458ppi vs 571ppi) but looks super-crisp in person, plus the colors are spectacular and the True Tone tech keeps them lifelike in all scenarios. It also has 3D Touch pressure-sensitivity – not the biggest enhancement, but it’s a handy benefit. 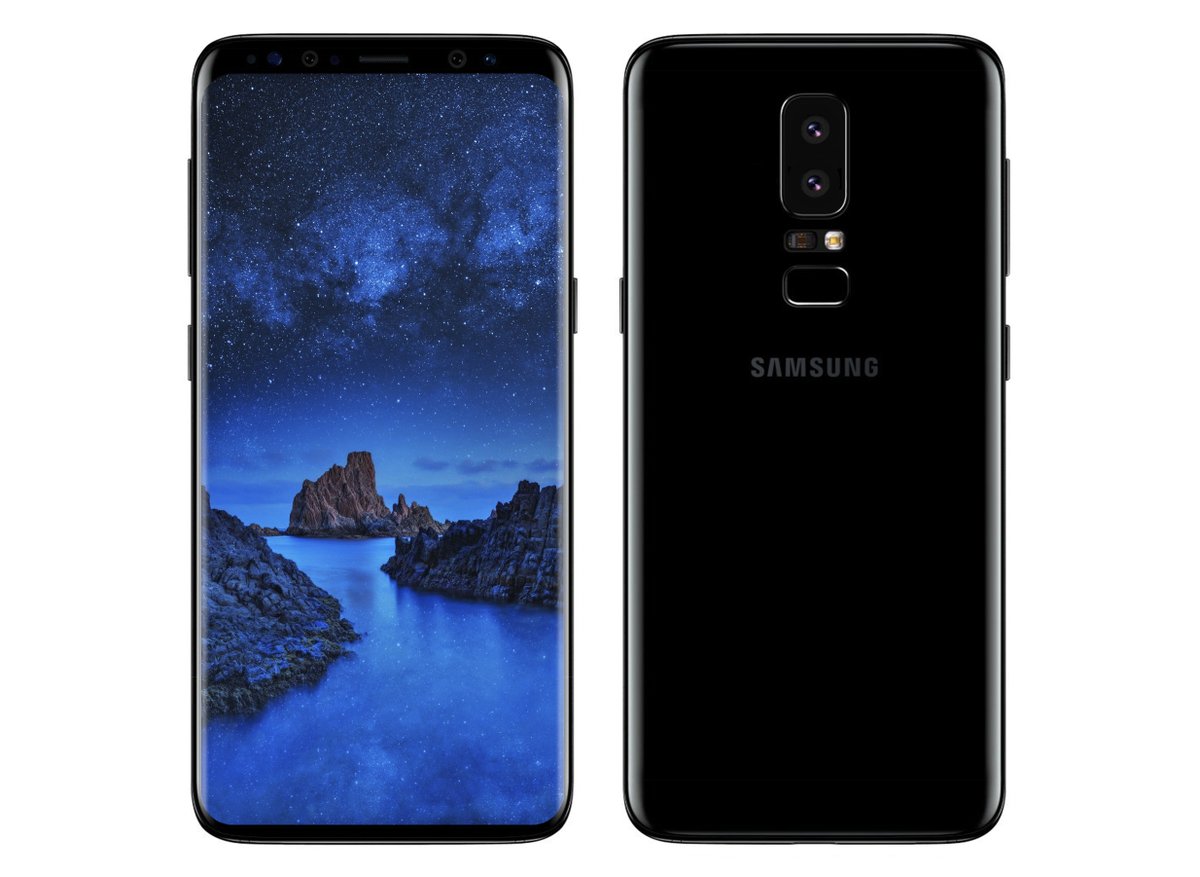 The Galaxy S8’s camera was excellent, and the S9’s new features are pretty compelling. The standard S9 sticks with a single 12-megapixel back camera sensor, but now it has a wider f/1.5 aperture to pull in loads more light. You’ll definitely see a difference on low-light shots, which are significantly clearer and sharper this time around.

And interestingly, the Galaxy S9 brings in an innovative new adjustable aperture feature, which automatically shifts to f/2.4 when there’s enough light for the shot, thus allowing for better exposure and more detail. You can also control the switch manually in Pro mode. Also, the 960 frames-per-second slow-motion video recording is pretty amazing.

Meanwhile, the iPhone X uses a dual-camera setup, with a pair of 12MP sensors: a wide-angle at f/1.8 and telephoto at f/2.4. You’ll see more saturated colors, plenty of dynamic range, and crisp shots thanks to optical image stabilization on both sensors. They can feel a little oversaturated at times, but overall the results are fabulous. And you get the iPhone X’s dual-camera perks, such as blurred portrait shots and bokeh effects.

Both the iPhone X and Galaxy S9 are super-fast handsets that can handle whatever you throw at it rather swiftly, whether it’s apps, games, media, or multitasking. But the iPhone X has more power to play with overall, and it looks like Apple’s unified hardware and software approach is really paying dividends right about now 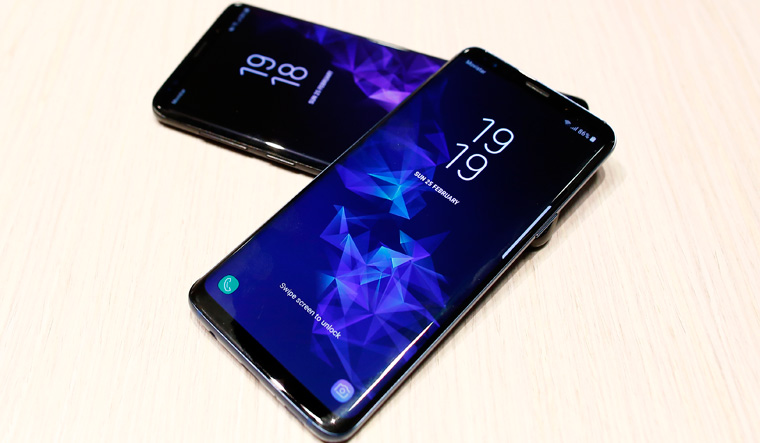 When it comes to battery capacity, the Galaxy S9 packs in about 10% more than the iPhone X – 3,000mAh instead of 2,716mAh. The Galaxy S8 had the same tally, though, and there’s no huge difference between those handsets: both can last throughout the day with solid usage, although you could certainly push both to the brink sooner with lots of apps and games. The iPhone X is about the same, really.

Both also offer wireless charging, so that’s a plus. Both also have fast charging available, although Apple’s solution requires a special USB-C to Lightning cable and a USB-C power adapter that supports USB power delivery. Also, Samsung’s is twice as fast.

The Galaxy S9 also has a microSD slot for expandable storage, while the iPhone X just sticks with the internal cache you paid for. You’ll get 64GB inside the S9, and you can choose between 64GB and 256GB models for the iPhone X.

Apple’s TrueDepth sensor is one of the big highlights of the iPhone X experience, providing everything from impressive Face ID security to goofy, animated Animoji that mimic your own facial movements. The Galaxy S9 still has a fingerprint sensor, now with a more comfortable positioning below the back camera, plus it offers facial security and Samsung’s own take on animated emoji. Apple’s facial scanning and emoji are both smoother here, although Samsung’s will do the trick.

Samsung also has a couple of exclusive perks of its own: Gear VR and DeX Station support. The Gear VR is Samsung’s pretty great mobile virtual reality platform, wherein you strap the Galaxy S9 into a headset shell and then immerse yourself in games and apps.

The DeX Station isn’t quite as exciting, but it could bring a practical boost for some users: you can use it to attach an external monitor to your smartphone and use it like a proper PC. And the new DeX dock for the Galaxy S9 actually lays the phone flat, letting you use the screen as a touchpad or keyboard as needed. That should make it a lot more worthwhile than the so-so original released with the S8.

Oh, and the Galaxy S9 keeps the 3.5mm headphone port. The iPhone X doesn’t have that. Overall, we see more practical and beneficial advantages with the Galaxy S9 here.