September 30, 2022 1 min read
By using our website, you agree to the use of our cookies.
Learn more Got it!
> IT NEWS & UPDATES > Fortnite Removed From App Store And Play Store After Epic Game Added Direct Payment Option 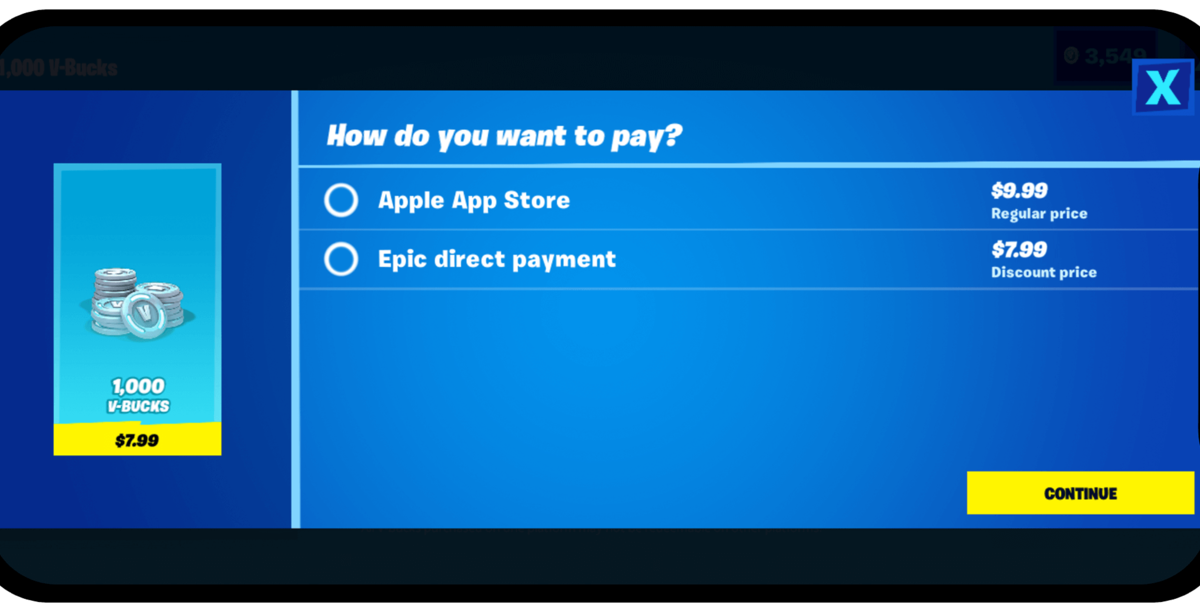 Apple on Thursday removed Epic Games’ Fortnite from its App Store after the company implemented its own in-app payment system. The upshot was Epic bypassed Apple’s 30% cut. Enter lawsuit.

Apple’s 30% cut, which looked like a deal when first instituted, has been under scrutiny due to the company’s market dominance in the app economy. Google’s app distribution has also been under fire.

The decision marks a significant escalation in the feud between Epic and one of the world’s most dominant mobile software marketplaces. It also comes at an especially fraught time for Apple as the iPhone maker navigates antitrust concerns over its operation of the App Store and the rules it imposes on certain developers.

In its lawsuit, Epic said:

Apple has become what it once railed against: the behemoth seeking to control markets, block competition, and stifle innovation. Apple is bigger, more powerful, more entrenched, and more pernicious than the monopolists of yesteryear. At a market cap of nearly $2 trillion, Apple’s size and reach far exceeds that of any technology monopolist in history

Epic continues to argue that Apple exacts “an oppressive 30% tax on the sale of every app.”

Today, Epic Games took the unfortunate step of violating the App Store guidelines that are applied equally to every developer and designed to keep the store safe for our users. As a result their Fortnite app has been removed from the store. Epic enabled a feature in its app which was not reviewed or approved by Apple, and they did so with the express intent of violating the App Store guidelines regarding in-app payments that apply to every developer who sells digital goods or services.

Epic has had apps on the App Store for a decade, and have benefited from the App Store ecosystem – including its tools, testing, and distribution that Apple provides to all developers. Epic agreed to the App Store terms and guidelines freely and we’re glad they’ve built such a successful business on the App Store. The fact that their business interests now lead them to push for a special arrangement does not change the fact that these guidelines create a level playing field for all developers and make the store safe for all users. We will make every effort to work with Epic to resolve these violations so they can return Fortnite to the App Store.

In addition, Epic said it is looking for injunctive relief on fees instead of monetary. Epic also said it is sticking up for the little developer.

Epic brings this suit to end Apple’s unfair and anti-competitive actions that Apple undertakes to unlawfully maintain its monopoly in two distinct, multibillion-dollar markets: (i) the iOS App Distribution Market, and (ii) the iOS In-App Payment Processing Market (each as defined below). Epic is not seeking monetary compensation from this Court for the injuries it has suffered. Nor is Epic seeking favorable treatment for itself, a single company. Instead, Epic is seeking injunctive relief to allow fair competition in these two key markets that directly affect hundreds of millions of consumers and tens of thousands, if not more, of third-party app developers.

A couple of hours after its saga against Apple kicked off, Fortnite was removed from the Google Play Store entirely.

Google Is Helping People Spot The Spoofs: A URL Experiment

TikTok Is Back After A Brief Outage