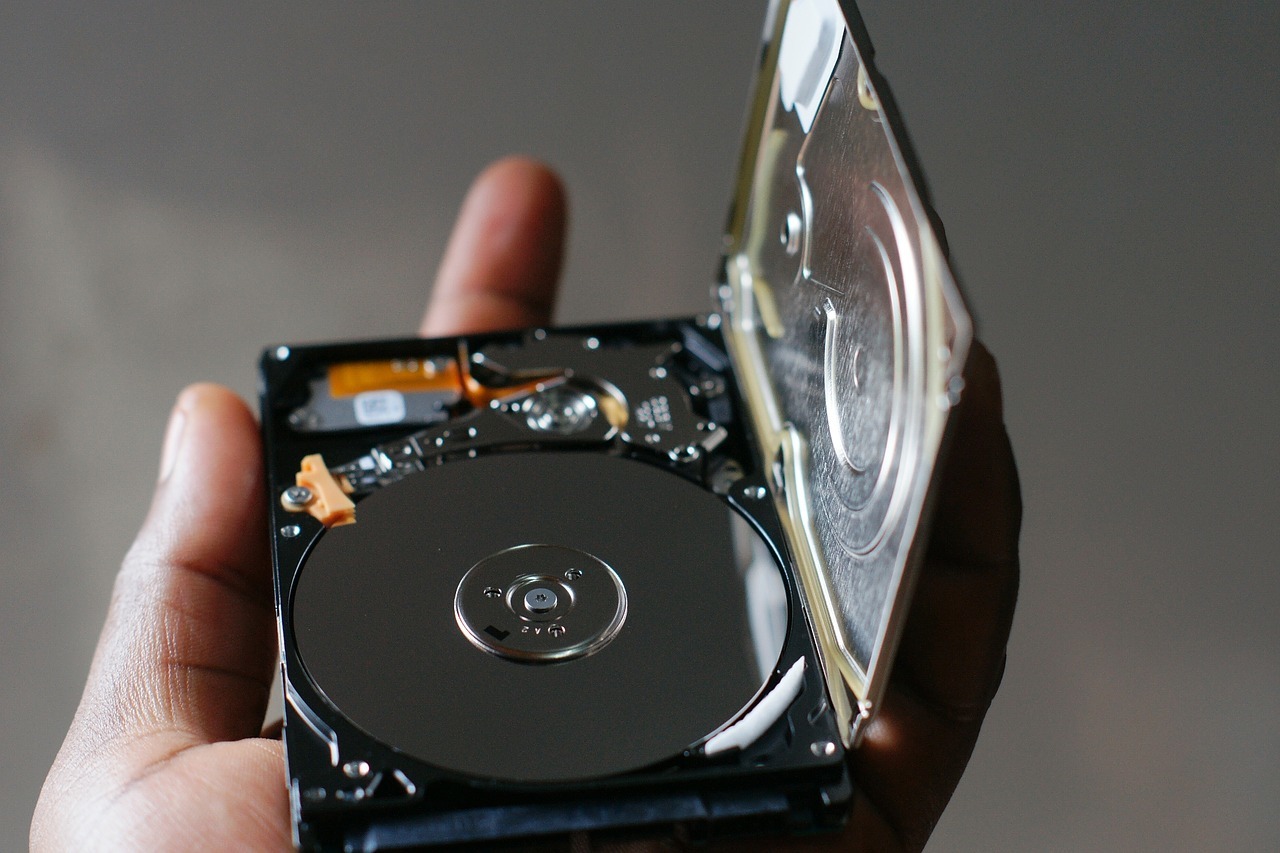 How do you think your data is stored, managed and organized on hard drive, USB flash drives or portable sd card? A physical disk can just do 0’s or 1’s and it is the file system that gives meaning to such data. When people say that their disk is NTFS or FAT, it actually refers to the file system that’s being used by the computer or more appropriately, the operating system.

Abijita Foundation we’ll tell you about the differences between FAT32 and NTFS file systems used by Windows operating systems. This information may help you in choosing the right system as per your requirements.

FAT stands for File Allocation Table and FAT32 is an extension which means that data is stored in chunks of 32 bits. These is an older type of file system that isn’t commonly used these days.

NTFS stands for New Technology File System and this took over from FAT as the primary file system being used in the Windows system. This NTFS file system is not only secure but also supports larger file sizes and hard drives. 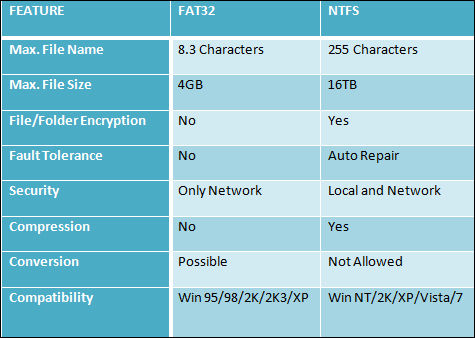 Fault Tolerance: NTFS maintains a log of disk changes and in case of power failure or abrupt errors it repairs the files and folders automatically without the user being notified anything. FAT32 maintains two different copies of the file allocation table and uses a back up mechanism if some damage occurs.

Security: In FAT32 you will have to depend on share permissions for security. This means that they are good in the Network but locally they are vulnerable. On the other hand NTFS allows you to set permissions on local files and folders as well.

Compression: FAT32 offers no file compression feature whatsoever. While NTFS lets you compress files and folders individually so that you do not have to slow down the system by depending on partition compression.

Also, the FAT32 file system can’t seem to handle large files and has a file size limit of around 4GB. So if you’re thinking of copying a high-definition movie on your USB hard drive, an ideal way is to convert the drive’s file system directly to NTFS.

Conversion: Speaking of conversion, you may easily convert a FAT32 system to NTFS. But the reverse is not true because NTFS follows a secure protocol. So, the only option here is to backup your data and format the disk.

Compatibility: Being developed by Microsoft, NTFS is compatible in almost all the Windows operating systems. In fact, the compatibility goes back till Windows XP. However, when it comes to Mac OS X, the NTFS file system has little limitations. For one, Mac OS X can only read NTFS drives, but can’t write to them. On the other hand, MAC OS can not only read but also write to FAT32 drives.

When it comes to the file size, as mentioned above, the maximum file size that FAT32 can support is around 4GB and the volume size maxes at around 2TB. Hence, if you have a 6GB hard drive, you’ll be able to create three 2GB FAT32 partitions.

In such cases, it’s ideal to convert the hard drive to either NTFS or exFAT file system.

In such cases, it’s ideal to convert the hard drive to either NTFS or exFAT file system. When it comes to NTFS partition, thankfully it allows a bigger partition size. The maximum volume size allowed is 2^64 allocation units or clusters. Thus, bigger the clusters bigger will be the NTFS partitions. 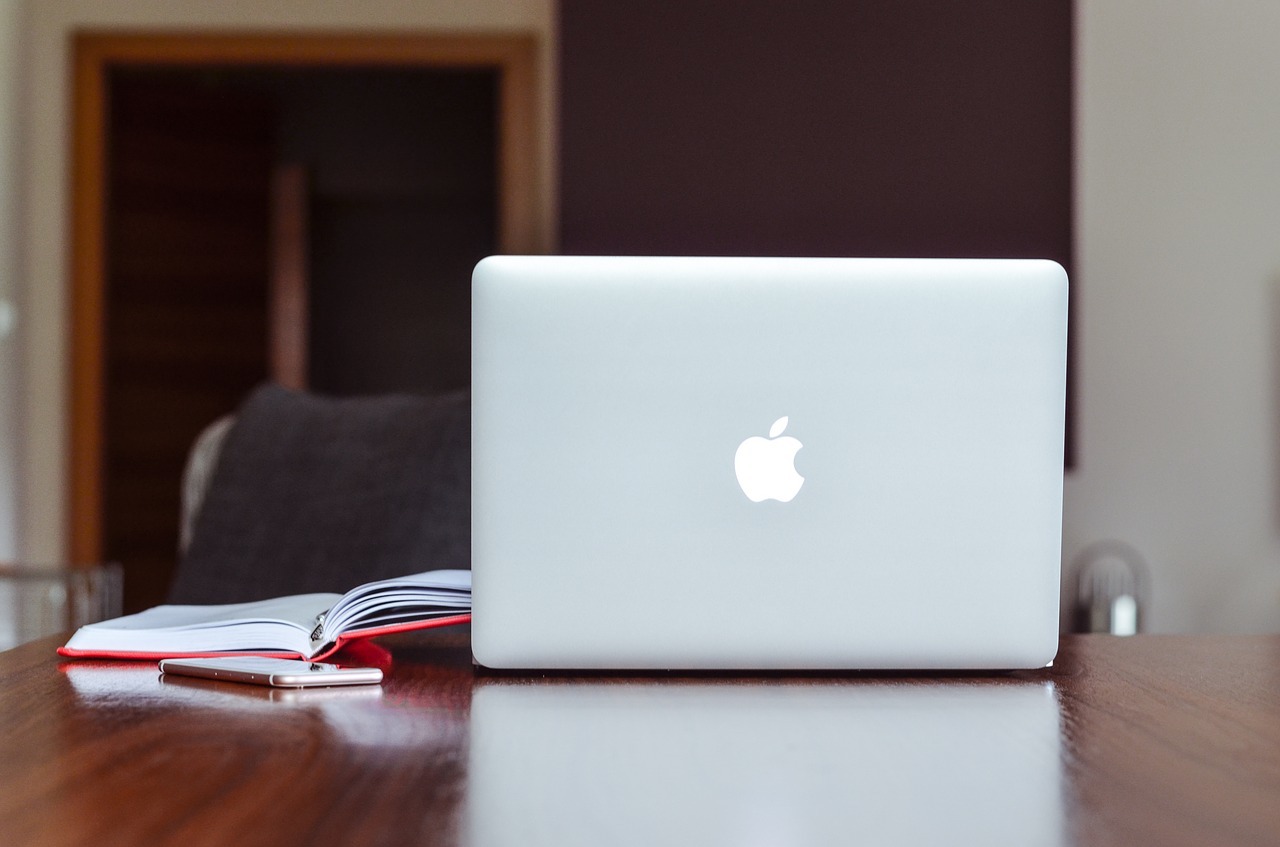 This is not an attempt to show which file system is better than one. This article is just a brief comparison of the features and capabilities of each of them. You won’t come across a need to understand or explain these file systems in your day to day life, but sometimes when you do need to know what they mean or how they work, our article should then act as a quick reference guide. Hence we suggest you bookmark this one to come back to it when required.

10 Ways To Increase Traffic To Your Websites

Here’s Everything You Need To Know About Wi-Fi 6E