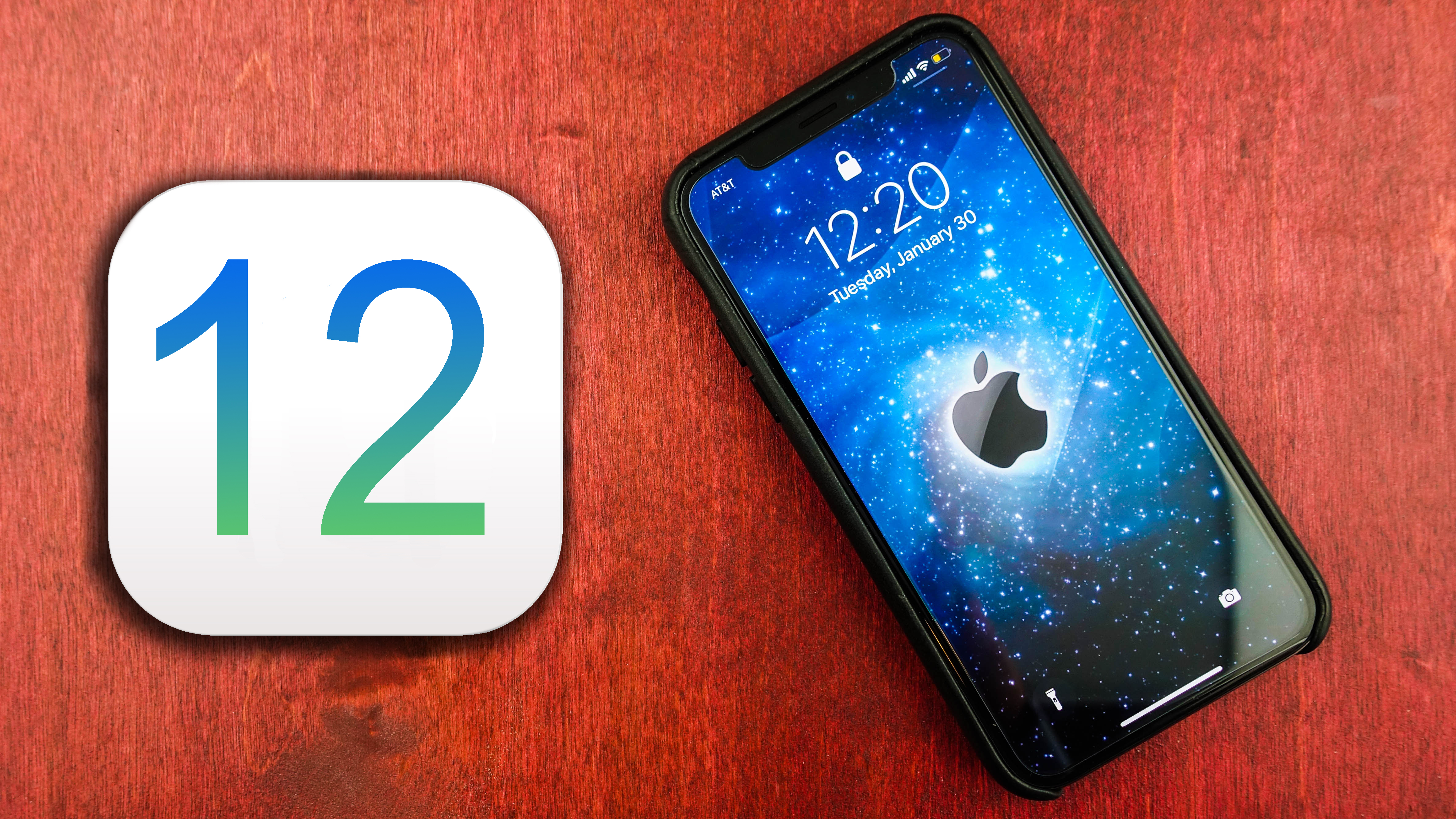 Apple introduced the newest version of its iOS operating system, iOS 12, on June 4 at the keynote event of the Worldwide Developers Conference.With iOS 12, Apple doubled down on performance, working from top to bottom to make iPhones and iPads faster and more responsive. Apple has made improvements on devices both old and new, and iOS 12 has been designed to run on all devices able to run iOS 11.

iOS 12 is designed to make your iPhone and iPad experience even faster, more responsive, and more delightful.

With Apple’s performance improvements, apps launch faster, the keyboard appears faster, and the Camera is quicker to open. Apple has also optimized the system when it’s under load, making iOS devices faster when you need performance the most. So lets talk about the new features which is coming with iOS 12. 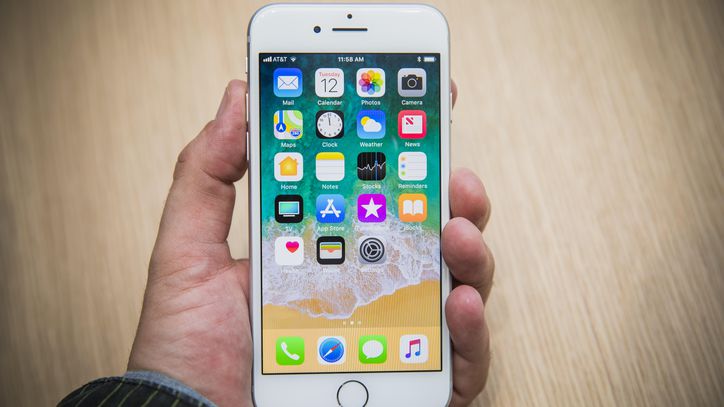 The things you do every day are faster than ever — across more devices. iOS has been overhauled for improved performance on devices as far back as iPhone 5s and iPad Air.

Animations are smoother across the system. So when you do things like bring up Control Center, swipe while multitasking, or scroll in apps, it’s more fluid and responsive.

Apps launch faster in day-to-day use. And when you’re pushing your iOS device to the limit, multitasking between lots of apps, they launch up to 2x faster.*

The keyboard appears faster and typing is more responsive.

Swiping to Camera from the Lock screen happens faster so you never miss a moment.

The Share sheet appears faster than ever, especially if you have a lot of sharing extensions installed.

Make FaceTime calls with up to 32 participants simultaneously.

Answer incoming Group FaceTime calls with video or audio on iPhone, iPad, and Mac, or join with audio on Apple Watch and HomePod.

Join or add people to Group FaceTime at any time.

During Group FaceTime, the speaker will automatically be front and center. Or with Focus View, you can double-tap the person you’d like to see.

Group FaceTime uses a silent notification that participants can tap to join.

Use FaceTime with your friends and family as your favorite Animoji or Memoji.

Add text effects like speech bubbles and emoji to your photos or videos.

Jazz up your photos and videos with shapes like stars, hearts, and arrows.

Download sticker packs from the App Store for iMessage to enhance your photos and videos. Stickers track the movement of your face and move with you.

FaceTime is encrypted end to end for both one-to-one and group calls, so your conversations remain private and viewable only by the participants.

Create an all-new kind of Animoji that fits your personality and mood.

A new tool for you to select and adjust nearly endless customization options to make your Memoji.

Improved face tracking now recognizes when you stick out your tongue or wink.

Now you can record clips of up to 30 seconds.

Use the camera in Messages to capture photos and enhance them in new ways using built-in effects and third-party sticker packs.

Add text effects like speech bubbles and emoji to your photos or videos.

Jazz up your photos and videos with shapes like stars, hearts, and arrows.

Download sticker packs from the App Store for iMessage to enhance your photos and videos inside Messages. Stickers track the movement of your face and move with you.

Get photo suggestions based on who you’re messaging with, what you’re talking about, and where you’ve taken photos together.

The redesigned App Strip has a new look that takes up less space when you type. So you can see more of your content and always get to your favorite iMessage apps.

New tools empower you to understand and make choices about how much time you spend using apps and websites.

Use your family’s Apple IDs to set up Screen Time for your kids to keep an eye on how much time they spend on apps and websites. They can request more time for you to approve.

Set the amount of time you and your kids can spend each day on specific apps and websites.

Set a specific time, like bedtime, when apps and notifications are blocked. You can choose which apps are on and off limits.

Create exceptions for apps you’d like your kids to have access to even during Downtime, such as Messages or education apps. 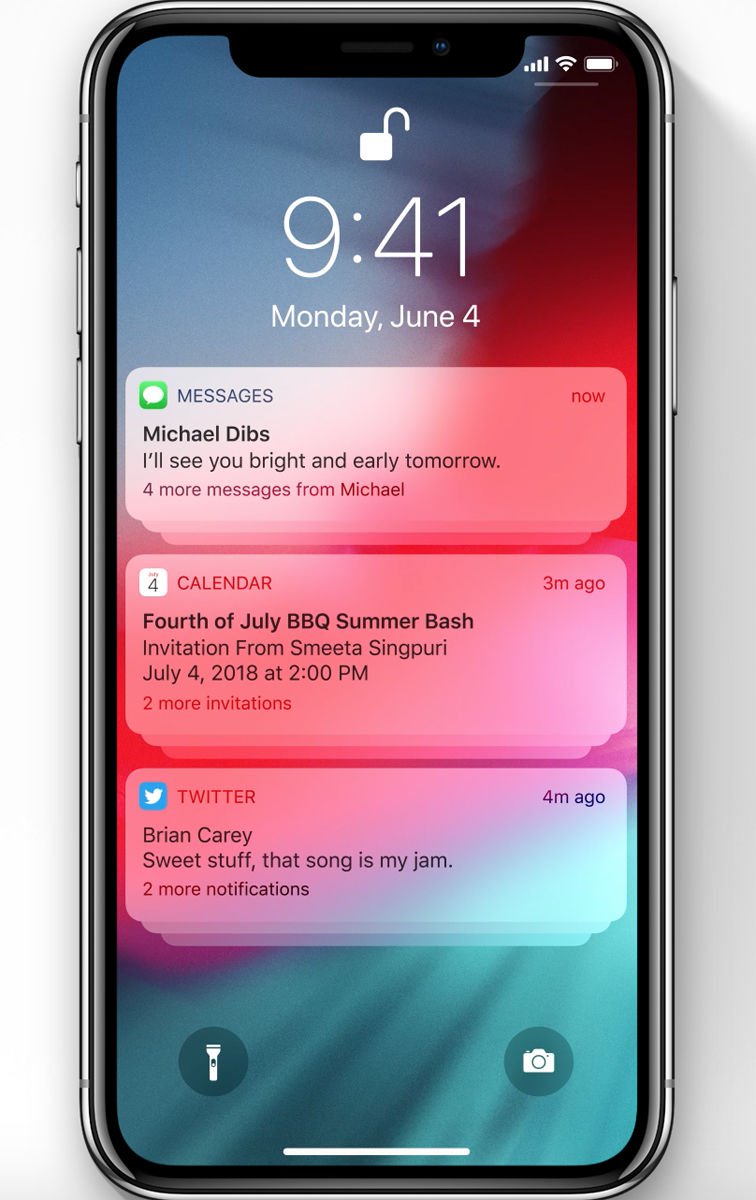 Message threads and notification topics are grouped together, so it’s easier to see what’s important with just a glance at your iPhone or iPad.

Control your notification settings the moment you receive an alert, without having to leave what you’re doing.

Within Instant Tuning, you can choose to have notifications delivered silently to Notification Center by default so you’re not interrupted by alerts.

Get suggestions based on how you interact with your notifications, such as which app notifications to deliver prominently and which ones to send to Notification Center.

A new type of opt-in alert for important information, like reports from a healthcare provider, which you’ll receive even during Do Not Disturb.

Dim your display and silence overnight notifications until you unlock your iPhone in the morning.

Set Do Not Disturb to end automatically in an hour, at the end of the day, when you leave a certain location, or at the end of a meeting on your calendar.

AR experiences can now be shared across time and fixed to real-world locations, so you can create a piece of AR art that can be viewed later in the same place by someone else.

ARKit 2 recognizes objects and how your device is oriented to them, and can use that information to incorporate objects into AR experiences.

Face tracking now sees where you’re looking and can detect whether you’re sticking out your tongue or winking.

AR is even more lifelike, enabling virtual objects to reflect the real-world scene in your camera.

View AR experiences in the apps you use every day, including Files, Mail, Messages, and Safari.

Use your iPhone or iPad camera to measure objects and surfaces both vertically and horizontally as well as automatically detect dimensions of rectangular objects.

A single destination for your Memories, Shared Album activity, and the best moments in your library. New Featured Photos and Effect Suggestions intelligently show you your best photos and propose effects to make them even better.

Photos understands when you’ve done something meaningful, like taking a trip or attending an event, and will suggest sharing the photos with the people who are in them. And if you receive photos from someone else, your device will look for photos in your library from the same event and suggest sharing photos back.

Smart suggestions help you find photos even before you finish typing by suggesting events, people, places, and relative dates.

Search for photos based on the places or businesses where you were when you took them, whether it’s a general category, like “Japanese restaurant,” or a specific place, like “Jacques Torres Chocolate.”

Search for photos from events you’ve attended, like the Aspen Ideas Festival.

Now you can combine keywords in searches, like “surfing” and “vacation,” for even better results.

It’s easier than ever to import photos and videos from your professional camera on the go.

You can now edit your RAW images in Photos on iPhone and iPad models with an A9 chip or later. 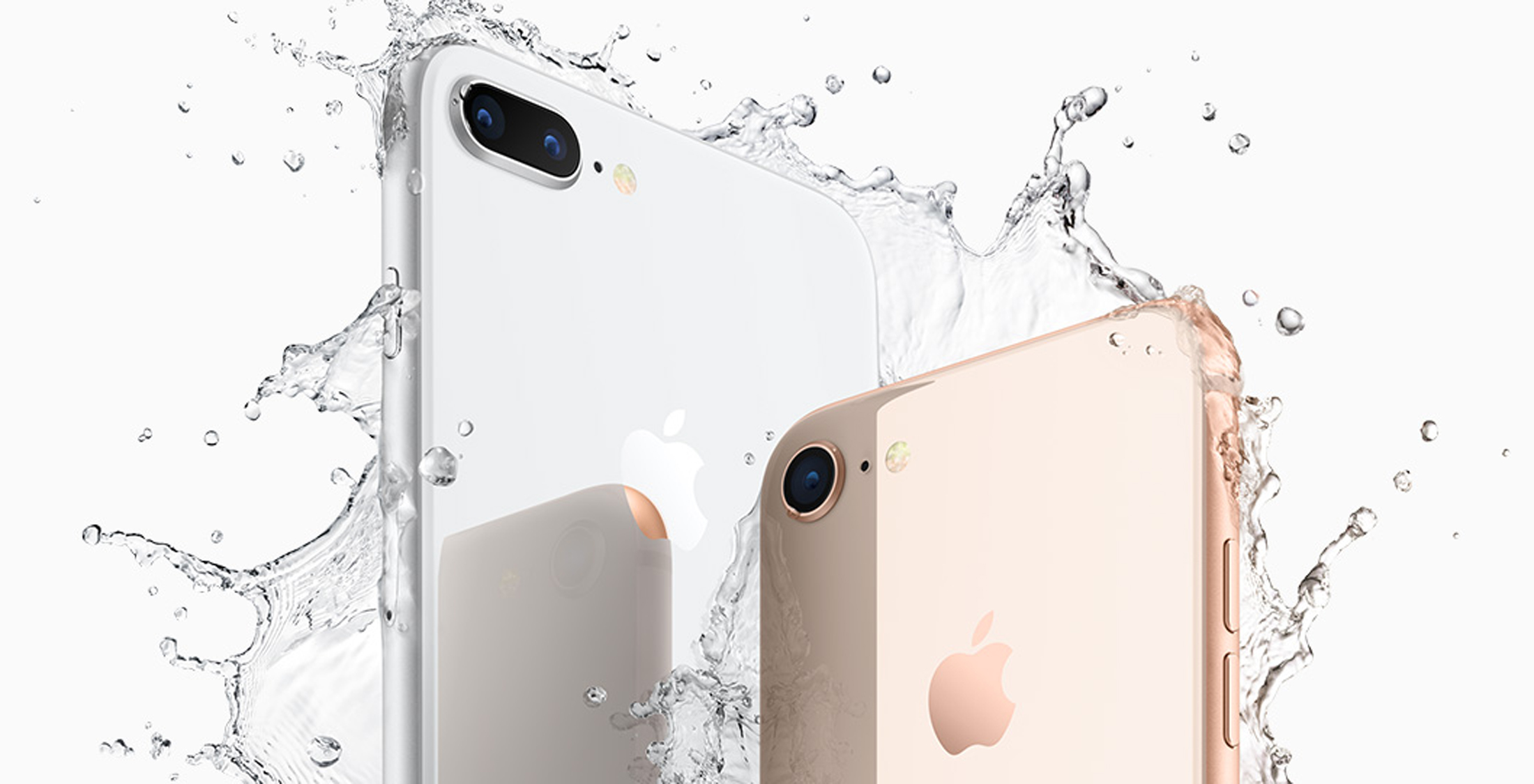 Portrait mode photos are better than ever. Camera now generates a mask when it detects a person and intelligently and elegantly separates the person from the scene.

A new API for third-party developers allows for the separation of layers in a photo, such as separating the background from the foreground.

Camera now highlights QR codes in the frame, making them easier to scan.

A quicker way to do the things you do most often. As Siri learns your routines, you’ll get suggested shortcuts for just what you need, at just the right time, on the Lock screen or in search.

Add shortcuts to Siri to run them with your voice on your iPhone, iPad, Apple Watch, or HomePod.

Create or customize your own shortcuts to run multiple steps at once. Get started with examples from the gallery and personalize with steps from across your apps.

App developers can work with Siri to run shortcuts via a new SiriKit API.

Get live standings, schedules, rosters, and stats for NASCAR and other racing series.

Translate phrases into many more languages, with support for over 40 language pairs.

Check facts about celebrities, such as “Where was Amy Adams born?”

Ask Siri questions about food and get answers from the USDA database, including calories, vitamins, and how healthy a food is overall. For example, ask “How much caffeine in coffee?” or “How healthy is fish?”

Use Siri to quickly pull up photos and memories based on people, places, events, time, and keywords of objects and scenes in the photos. 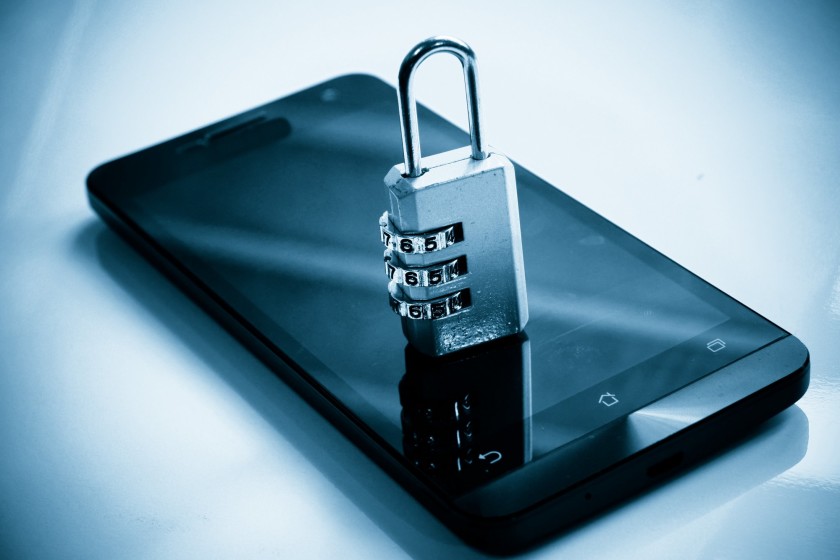 Improvements prevent Share buttons and comment widgets on web pages from tracking you without your permission in Safari. Safari also prevents advertisers from collecting your device’s unique settings, so they can’t retarget ads to you across the web.

Automatically create, autofill, and store strong passwords in Safari and iOS apps. Passwords are stored in iCloud Keychain and are available on all your Apple devices. And if you ever need to access your passwords, just ask Siri.

Passwords that have been reused will be flagged in the passwords list, so you can quickly navigate to the app or website and replace it with an automatically generated strong password.

SMS one-time passcodes will appear automatically as AutoFill suggestions, so you never have to worry about quickly memorizing them or typing them again.

Access passwords stored in third-party password managers directly from the QuickType bar in apps and in Safari (requires third-party adoption).

The Apple Books app has been completely redesigned to make it easier for you to discover, read, and listen to your favorite books. Access your current book or start a new one in the Reading Now tab, visit the new bookstore to browse and buy, and organize your library with more flexible collections.

The redesigned Stocks app keeps you more informed about the market. View prices at a glance in the customizable watch list. Tap any ticker to see key details and an interactive chart. Learn about what’s driving the market with business stories from Apple News. And for the first time ever, Stocks is available on iPad as well as iPhone.

It’s now easier to navigate your news feed. Swipe down to jump to your favorite topics and channels on iPhone or tap the sidebar on iPad.

Voice Memos has been redesigned and is available on iPad. It’s even easier to capture your personal reminders, edit class lectures, or share family moments. And with iCloud, you can record on your iPhone or iPad and harness the power of your Mac to do even more.

How to Hack-proof Your Wireless Router