Home > GADGETS > How Much RAM Does A Smartphone Actually Need? 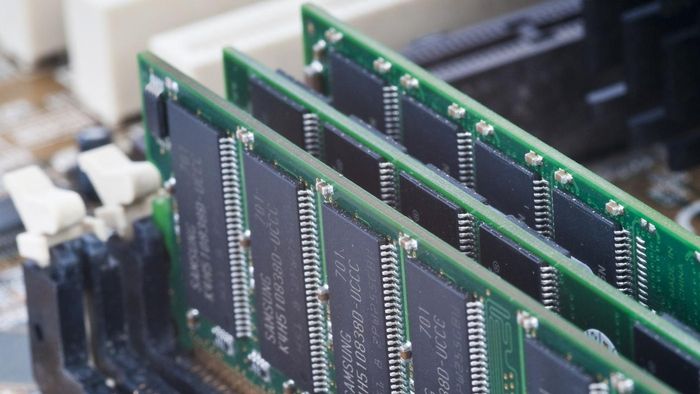 Buying a smartphone today can be confusing. Long specification sheets are crammed with numbers, and their relationship with real-world performance is not always clear. One of the most misunderstood of all those specs is RAM, or Random Access Memory. If you’re wondering how much RAM your smartphone needs, then you’re not alone. This question has popped up again and again since the dawn of the smartphone. We decided to article about how much RAM the average person really needs, what it does, and how it works.

What does RAM do?

As we perform more and more tasks using our smartphones, more RAM is necessary for them to continue functioning efficiently. We install apps and games into internal storage, our CPU (Central Processing Unit) and GPU (Graphics Processing Unit) deal with processing, so what does RAM do?

When you run an app or game on your phone, it’s loaded into RAM. As long as an app is still in RAM, you can jump back into it where you left off without loading it afresh. This is why RAM is important for multitasking. The loaded apps stay there until your RAM fills up and needs to flush something to make room for something else.

In theory, more RAM means that you can have more processes and therefore more apps running at once.RAM also enables processes to run in the background. Some of these background processes, such as your phone checking for email, are really useful. Others, like a piece of carrier bloatware or an app that you never use, are not.

The rise of RAM

The first Android smartphone, the T-Mobile G1 or HTC Dream, had just 192MB of RAM and the original iPhone got by with 128MB of RAM. Those numbers have climbed steadily over the last decade or so, with an occasional leap prompting a new round of discussion. OnePlus most recently reignited the debate with the OnePlus 6, which boasts 8GB of RAM.

Since most of the rest of the flagship smartphone pack is around the 4GB RAM mark right now, the jump to 8GB seems dramatic. The amount of RAM we need is certainly growing. The average smartphone user launches 9 apps per day and uses around 30 different apps in a month, according to App Annie. Digging into the memory tab in the settings of my HTC U11, which has 4GB of RAM, reveals that average memory use over the last day was 2.3GB and that 47 apps used memory during that period.

We also have more storage than ever. The OnePlus 6 with 8GB of RAM has 128GB of storage. That’s enough space for a lot of apps. Poole also points to the fact that software is growing bigger and more complicated, cameras are shooting larger images in RAW format and performing more image processing, and screens are getting bigger, but he’s still skeptical about the need for 8GB.

If RAM offers potential performance improvements and greater convenience, then you may be wondering: what’s wrong with having more of it?

If you aren’t using the RAM, then it may be a drain on your battery.

“The more RAM you put into a phone, the more power that will draw and the shorter your battery life. RAM takes up the same amount of power regardless of what’s in it — if it’s an application or it’s just free, you’re still paying for it in terms of power.” In other words, if you aren’t using the RAM, then it may be an unnecessary drain on your battery. Those background processes that we mentioned earlier also have an associated cost, as anyone who has used the Facebook app on Android will know. “Even if they’re not doing much, they can cause the processor to spin up to service any work that they have to do and that can contribute to energy drain.

They may be different, but both platforms have a system of memory management that dictates what the RAM does. Because of this, you may not actually see any performance boost by simply adding more RAM – you would have to also tweak the memory management rules to take advantage of it. To what degree manufacturers are actually doing this is unclear.

This misconception that having free RAM is a positive thing persists. Also, if you’re in the habit of clearing away your open apps, you should probably stop doing it because it isn’t helping. It won’t save battery life or make your phone run any faster, in fact, it can have the opposite effect.

Ultimately, how much RAM your smartphone needs depends on how you use your smartphone, but it’s no longer the problem it once was. Maybe a few power users will be able to feel the benefit of 6GB, and you might argue that 8GB is future-proofing. But anything over 4GB is probably overkill for the vast majority of people today.