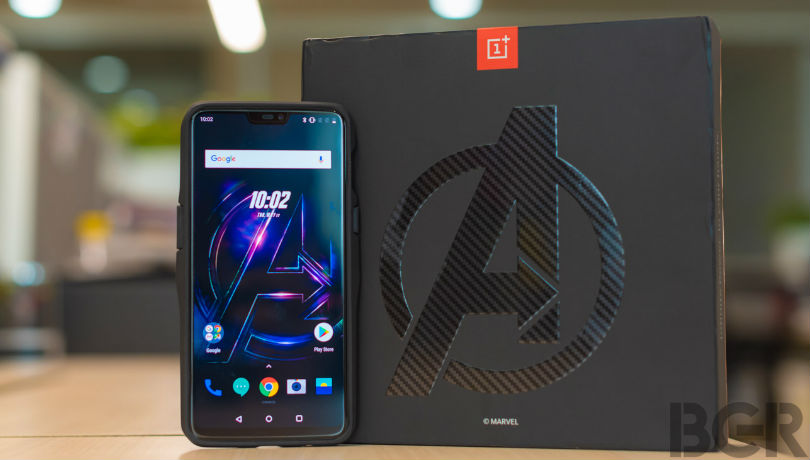 Bijay Pokharel, May 30, 2018 0 2 min read
The OnePlus 6 Marvel Avengers Edition mobile features a 6.28″ (15.95 cm) display with a screen resolution of 1080 x 2280 pixels and runs on Android v8.1 (Oreo) operating system. The device is powered by Octa core, 2.8 GHz, Kryo 385 processor paired with 8 GB of RAM. As far as the battery is concerned it has 3300 mAh. Over that, as far as the rear camera is concerned this mobile has a 16 MP camera Exmor RS sensor supporting a resolution of 4616 x 3464 Pixels and the front snapper is powered by a Exmor RS sensor. Other sensors include Light sensor, Proximity sensor, Accelerometer, Compass, Gyroscope. So, does it have a fingerprint sensor? Yes, it does. For graphical performance that can make games run smoothly, this phone has got a Adreno 630 GPU. On board storage is at 256 GB with the option to expand the memory by No. Design is one of the most important factors when it comes to mobiles. This phone is 7.7 mm slim and weighs 177 grams

OnePlus 6 Avengers Limited Edition vs OnePlus 6
The new limited edition comes with almost the same set of specifications as the OnePlus 6, except that it comes with 256GB of built-in storage, the highest for a OnePlus device. The smartphone is powered by Qualcomm’s Snapdragon 845 processor, coupled with 8GB of RAM. Apart from the strongest configuration ever launched by OnePlus, OnePlus 6 Avengers Limited Edition comes in an all-new package. For instance, the box comes with a gold medallion featuring an Avenger superhero. There are as many as six such gold medallions based on different superheroes. OnePlus is also running a contest where it will reward customers who collect all six gold medallions. Besides that, the box also has an Iron Man Case. While the original OnePlus 6 comes with glass back panel, the limited edition has a Karbon fibre case pattern. Besides a back panel that comes with the Avengers logo engraved in golden at the bottom, the phone also features a golden alert slider inspired by Thanos’ infinity gauntlet.

Apart from design changes, the OnePlus 6 X Marvel Avengers Limited Edition has its own set of customised wallpapers. 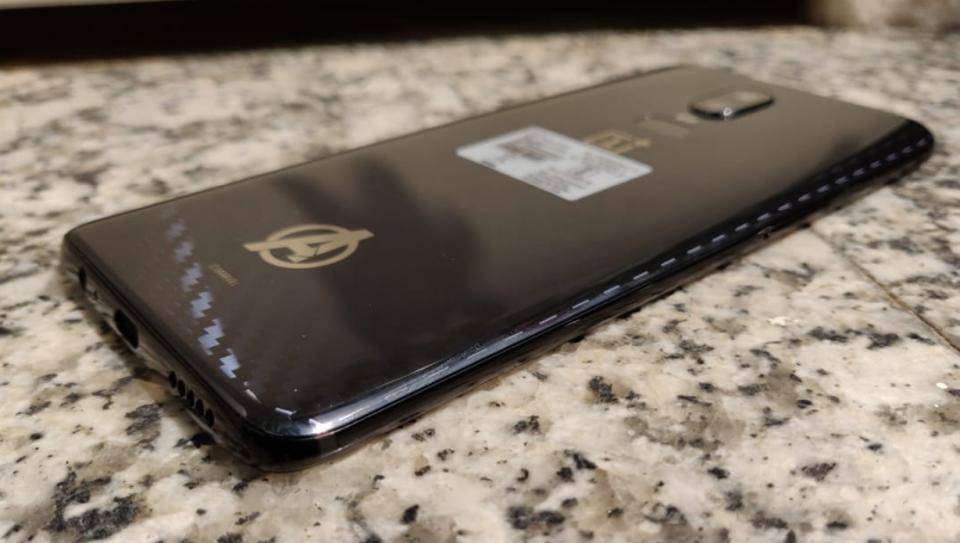 The Avengers logo and the golden accent alert slider are inspired from Thanos’ infinity gauntlet (HT Photo) Similar to OnePlus 6 offers, all OnePlus 6 Marvel Avengers Limited Edition phones come with 12-month accidental damage insurance by Servify on downloading the Kotak 811 app and discounts of up to Rs 500 on Amazon Kindle e-books.
FEATURED, GADGETS

5 Myths About Making Money Online That You Should Never Believe

Yahoo Announces All Content on Yahoo Groups Will Be Permanently Removed