Home > FEATURED > 13 Tips To Speed Up Your Android Phone 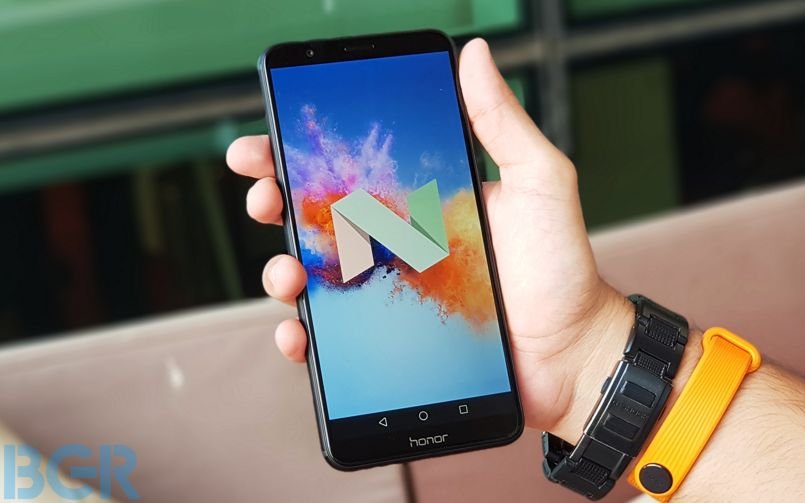 Want to speed up Android? Tired of waiting on your phone to do stuff? Before you shell out for an expensive upgrade, it’s first worth trying to eke out a little extra performance from your current device.Let’s have a look at some of the best ways to do exactly that – including general housekeeping, a bunch of apps and several cool tricks and hacks.

First and foremost, it’s worth making sure your device is completely up to date. Every now and then a newer version of Android, an updated UI skin, a patch, or a bug fix will come along. Any of those may help to speed up Android.To find out if your phone needs an update, head into Settings > About Device > Software Update.

It’s worth continually checking for updates for specific apps — especially things like emulators. Sometimes an update alone can make a world of difference. That goes for Google Play Services too, seeing as it controls almost everything on your phone.

If Google or your carrier is not being forthcoming with updates, installing a custom ROM may be the solution. This is essentially installing a custom version of Android. It will let you install mods built by the community to provide better performance or more features, or make the jump to the latest version of Android when your device no longer officially supports it.

There is an inherent risk when doing this. You will need to root, which has a very real chance of bricking your device. Some apps (like banking apps) won’t work out of the box. You may void your warranty. But if you’re confident in your tech skills or you’re playing around with an old or spare device, this method can inject new life into an old gadget and really speed it up.

It’s important to clean your home once in a while. The same is also true of your Android device. If you have a home screen with a live wallpaper that’s covered in widgets that show you the news, weather and social feeds, you may notice a little shudder when transitioning between screens. If you’ve enabled something like Bixby’s feed, consider dropping it. 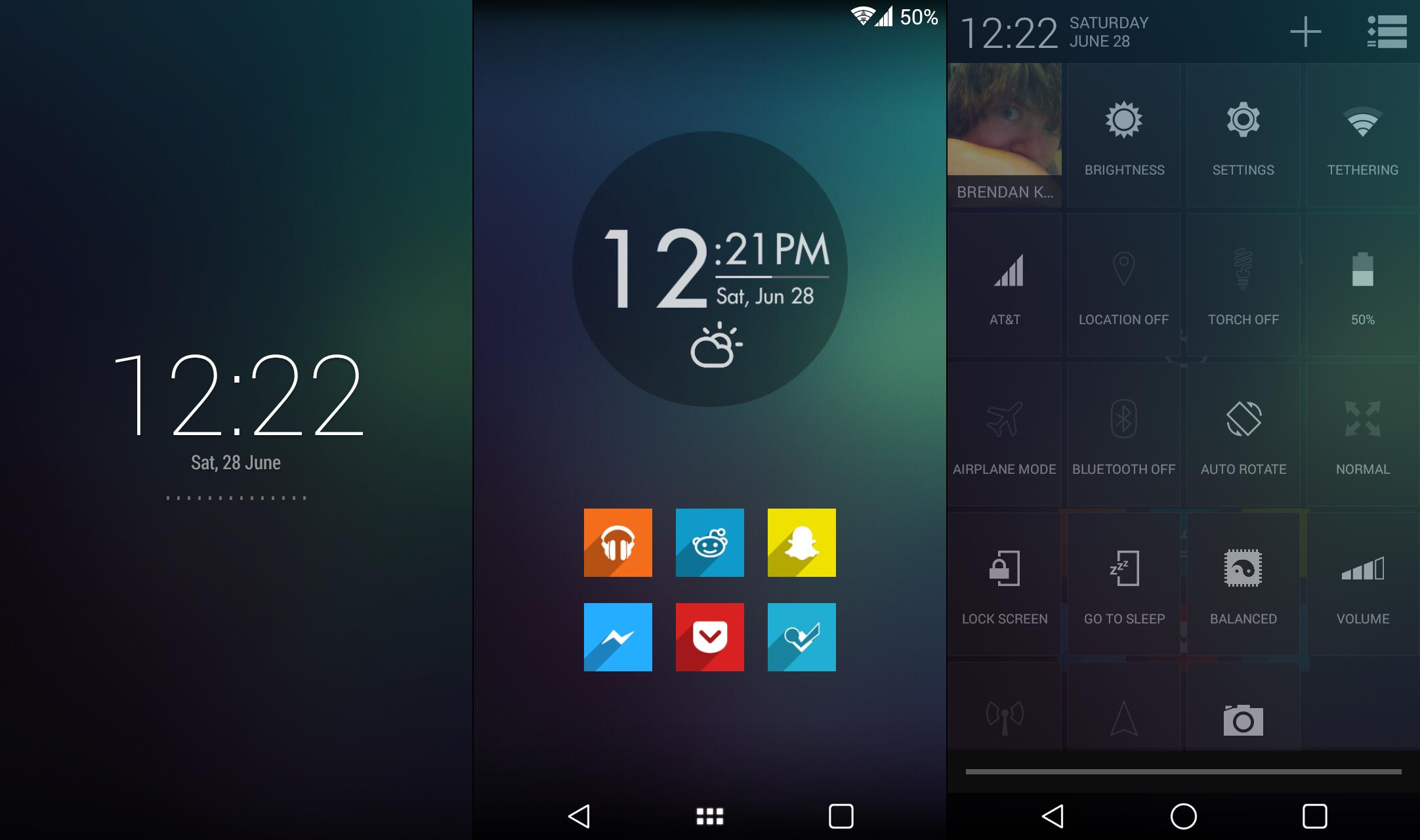 Switching to a better launcher can also often help to make things nippier. I personally try to restrict my layout to a single page with folders, rather than multiple screens. This doesn’t speed up Android, so much as it speeds up the wetware (me) so I can get to things much quicker.

This little trick is pretty well-known. It won’t actually speed up your phone, but reducing the time it takes to transition between screens and apps makes everything seem faster. 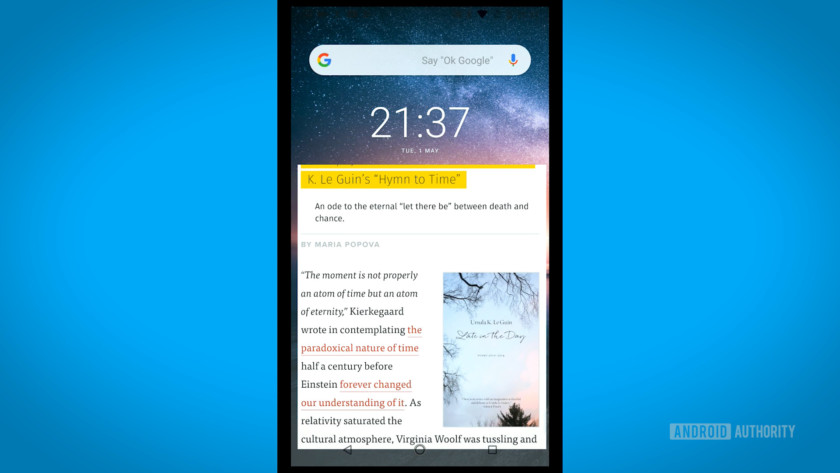 To make this change, you’ll need to access the Developer Options in your device settings (also under Software Update). Find where it says “Build Number” and tap that option seven times. Now head into the Developer Options menu and find where it says Transition animation scale. If you set this to “off,” apps will just appear, instead of making a song and dance about it. You can also turn off Window animation scale and Animator duration scale.

Don’t leave this menu just yet! Another trick you can mess around with in here is Force GPU rendering. This will use your phone’s graphics processing unit (GPU) rather than software rendering for some 2D elements that aren’t already taking advantage of this option. That means faster UI rendering, smoother animations, and more breathing room for your CPU. 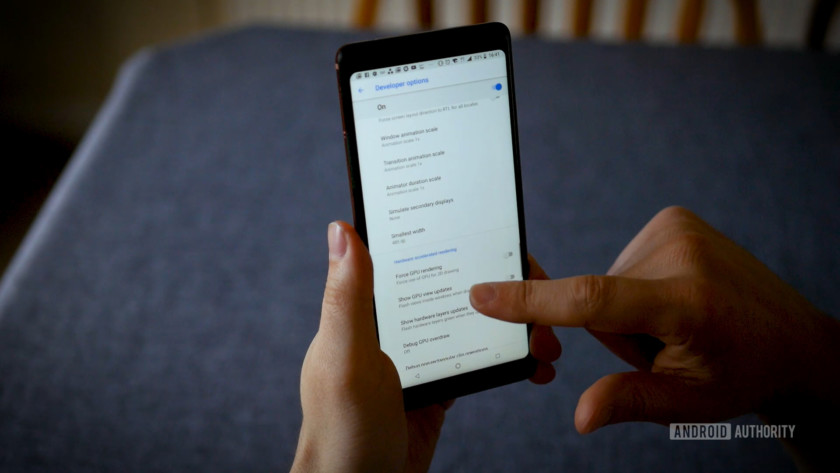 Note: The GPU takes more power than the CPU, so this can also reduce battery life by around 5-15 percent. Your call.

If you are on Android Nougat or above, you can try swapping the GPU rendering engine to SKIA, which some users report reduces lag in games. Using this setting actually slowed down performance in Dolphin when I tried it. Again, this is in the Developer Options menu along with some of our other settings to speed up Android.

While you’re at it, you could also try out Force 4x MSAA. This is an anti-aliasing method which won’t make games run faster, but it could make them look prettier. This will drain battery, however, and could cause some slowdown, so your mileage may vary. There’s no harm in trying these settings out, though. Do some comparing and stick with what you like best.

If you want to speed up your browsing experience, try enabling “Data Saver” mode in Chrome. This compresses pages, allowing for lower data usage and faster load-times. This trick will slightly hurt image quality, but many will find that an acceptable compromise.  Of course, the web page must first be sent to Google for compression before being sent to your device, so your data speeds may play a factor here.

It’s in the settings menu in Chrome. Of course, you can also try other browsers that claim to be faster.

Cached data is information your apps store to help them boot up more quickly — and thus speed up Android. A browser might cache images from a website you visit often so it doesn’t need to download the image every single time you load the page.

Cached data should actually make your phone quicker. But it can also have a negative impact if the cache becomes bloated (not to mention if it takes up unnecessary space on your device). For those apps with caches bulging at the seams, you can remove cached data individually by navigating to App info > Storage > Clear Cache. 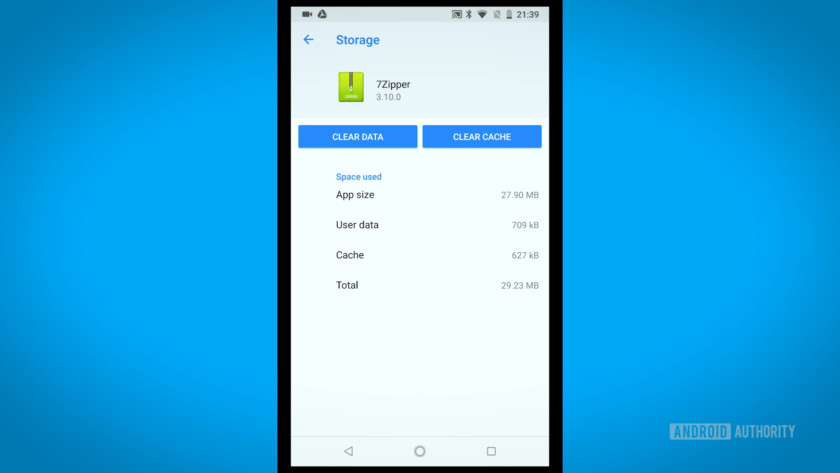 There are apps out there to streamline this process too, such as CCleaner.

If you have a relatively modern phone, chances are it behaves pretty well under most conditions. The one time you might have noticed slow down is when downloading and installing new apps.

Something similar happens all the time behind the scenes when your apps sync. Head into the Accounts menu in your settings and you’ll find the option “Automatically sync data” is set to on. You probably don’t want to change this, unless you have an old device purely for gaming or browsing. By selecting individual apps from the list, you should be able to turn some off individually or alter their settings in their own menus. Be mindful of the apps you are installing and forgetting about that might be syncing in the background. Ask yourself if apps need to sync every half hour, or whether once a day would suffice.

Consider removing any unnecessary background services. Background services are apps that run in the background continuously. A positive example is the SMS app, which runs in the background so it can listen out for messages. But many more have background processes too — 7Zipper needs to be able to carry on unzipping large files while you’re doing other things. Often it’s a good thing, but other apps you may have forgotten all about can take liberties here.

Head into your Developer Options menu again and look for “Background Check.” Here, you’ll see which apps have permission to run in the background. Untick the ones you don’t need and things may speed up. This is also good for battery life. Facebook is a good place to start — it’s famously greedy.

If you want to go even further, you could try toying around the with the “Background process limit” option in your menu. This won’t prevent your phone from using background services but will prevent it from caching those services. This could actually slow your phone down and use more battery because it means each time the service is needed, your phone will have to load it fresh. I’ve included it here because some users say it helps their device to perform better (placebo?). Again, there’s no harm in trying, especially if you have very low RAM.

Android devices are actually very efficient when managing their own memory — there’s often a reason apps are kept alive. Booting an app from nothing takes longer and uses more battery than switching to one that is paused. If you open an app that requires more memory, Android will automatically kill the least important ones to free up space. 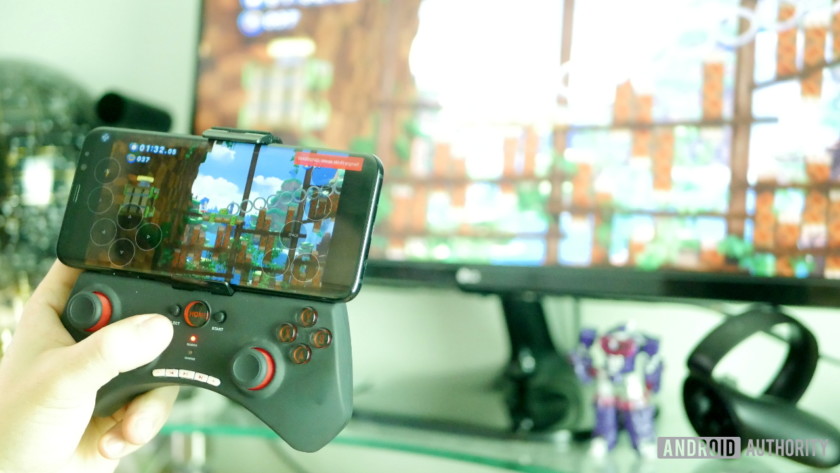 For this reason, using task killers can actually slow your device down. If you notice they have helped you in the past though, that probably means one or more of your apps are misbehaving. The better way to deal with this is to identify the culprits and uninstall them individually. The same goes for cached data — so do this once in a while, not all the time!

If you’re interested in boosting game performance, overclocking will probably sound appealing. Overclocking is a tried and true method used by PC gamers to maximize hardware performance and it can work equally well on a smartphone — as long as you have root and a good overclocking app installed.

This one also carries some risk. OEMs put restrictions on clock speeds in place for a reason. They prevent overheating, battery drain, and potential damage to the phone’s internals.For those not looking to root, playing in a cool environment can help to prevent thermal throttling. Though I wouldn’t expect this would make much of a noticeable difference for most use-cases.

Obviously, don’t forget to check the settings menus of the games themselves! Lowering the graphics settings can often make a laggy game playable again.

Now just use all the tricks we’ve listed on that now-clear phone and you should be able to get the max performance possible out of your hardware.Did we miss a trick or two you use to speed up Android? Let us know in the comments below!

Looking For A Stock Photos, Vectors Or PSD Mockups? We Recommend rawpixel.com