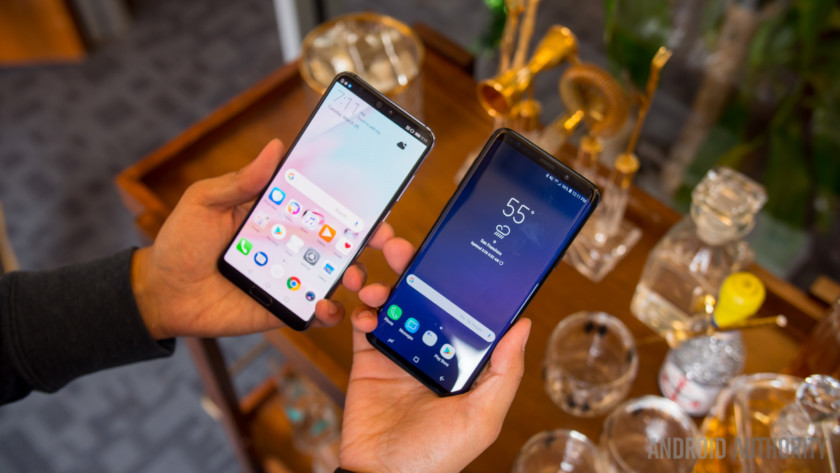 The Huawei P20 looks impressive, but with its bigger screen and superior specs it’s the Huawei P20 Pro that’s Huawei’s real new flagship, and it’s positioned to compete directly with the Samsung Galaxy S9 Plus. Samsung’s phone is also big, powerful and feature-packed and while these are both top-end Android handsets they have a lot of differences.That’s why we’ve written this article, so you can see all the key ways in which the P20 Pro and S9 Plus differ, and the ways in which they’re similar.

The Huawei P20 Pro has a glass back and a metal frame, just like the Samsung Galaxy S9 Plus, but there are some major differences. For example, while the P20 Pro has a notch in the screen, the Galaxy S9 Plus doesn’t, though both phones have small bezels.

They’re also water resistant, though to different extents. The Huawei P20 Pro is IP67 certified, meaning it can be submerged up to 1 meter deep in water for up to 30 minutes, but the Samsung Galaxy S9 Plus tops it with IP68 certification, allowing it to be submerged up to 1.5 meters for 30 minutes.

The two phones also have different dimensions of course, and the Galaxy S9 Plus is thicker at 8.5mm to the P20 Pro’s 7.8mm.One of the biggest visual differences though will be the color schemes, as the Huawei P20 Pro comes in Black, Midnight Blue, and rainbow-like Pink Gold and Twilight shades, while the Samsung Galaxy S9 Plus is available in Midnight Black, Coral Blue, Titanium Grey and Lilac Purple.

Another big difference is that the Samsung Galaxy S9 Plus has a 3.5mm headphone port, while the Huawei P20 Pro doesn’t.

While the display on the Galaxy S9 Plus is uninterrupted, as we’ve already mentioned the Huawei P20 Pro has a notch at the top which eats into a portion of the real estate. It occupies the usually-dead space in the middle of the notification bar, so you’re unlikely to notice it most of the time. 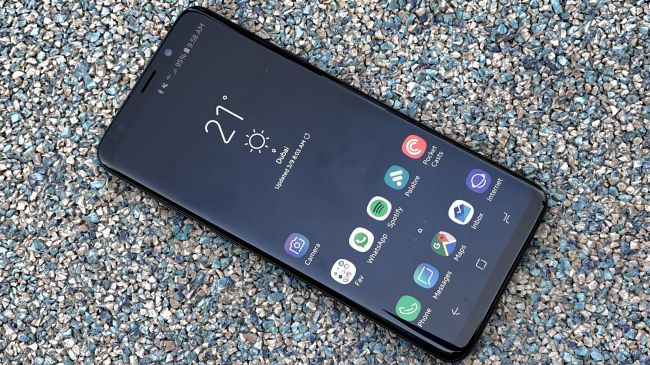 The aspect ratios are similar, but not identical, with the Huawei P20 Pro coming in at 18.7:9 and the Galaxy S9 Plus being 18.5:9, which means they both have long, narrow screens, and they’re also both light on bezel. In our S9 Plus review we were impressed by the screen, but it remains to be seen exactly how good the P20 Pro’s will be – keep an eye out for our full review where we’ll assess it properly.

There’s an octa-core Kirin 970 chipset powering the Huawei P20 Pro. That’s the latest high-end chipset from Huawei and it comes along with 6GB of RAM. The Samsung Galaxy S9 Plus also has 6GB of RAM and either a Snapdragon 845 chipset or an Exynos 9810 (depending on where you are in the world), but they’re both top-end octa-core chipsets and both versions also come with 6GB of RAM.

So in theory there shouldn’t be a huge amount of difference between the power and performance of the Huawei P20 Pro and Samsung Galaxy S9 Plus, but we’ll let you know exactly how well the former holds up when we’ve put it through a full review, while the latter we’ve found to be just as powerful as you’d expect a top tier flagship to be.

For storage you get 128GB in the P20 Pro and either 64GB (in the US) or 128GB (everywhere else) in the Galaxy S9 Plus, and both phones have a microSD card slot. Both phones also run Android Oreo, though with different interfaces on top.

The Huawei P20 Pro has more camera lenses than the Samsung Galaxy S9 Plus, with three on the back. You get a 12MP f/1.8 RGB sensor, a 40MP f/1.6 monochrome sensor and an 8MP telephoto sensor. The Samsung Galaxy S9 Plus meanwhile has a pair of 12MP cameras, one of which offers a variable aperture that can switch between f/1.5 and f/2.4, and one which is fixed at f/2.4. That f/1.5 aperture is a smartphone first.

Both phones’ cameras offer super slow-motion video at 720p quality and 960 frames per second, and the P20 Pro additionally has AI skills, allowing it to optimize the settings of the camera and assist with the composition of shots. So there’s a lot of tech packed into the two. On the front you get an 8MP camera with autofocus if you opt for the Samsung Galaxy S9 Plus, while the Huawei P20 Pro comes with a 24MP front-facing camera. Battery life could be one of the big differences between these two phones, as while the Galaxy S9 Plus has a fairly large 3,500mAh one, the P20 Pro has an even bigger 4,000mAh one – and with a lower resolution display to drive.  In our review we found that the S9 Plus offers all-day life – we’ll let you know if the Huawei P20 Pro does any better when we’ve put the phone through its paces.

Here’s Everything You Need To Know About HBO Max