December 9, 2022 1 min read
By using our website, you agree to the use of our cookies.
Learn more Got it!
> FEATURED > How To Know If Your Ex is Over You 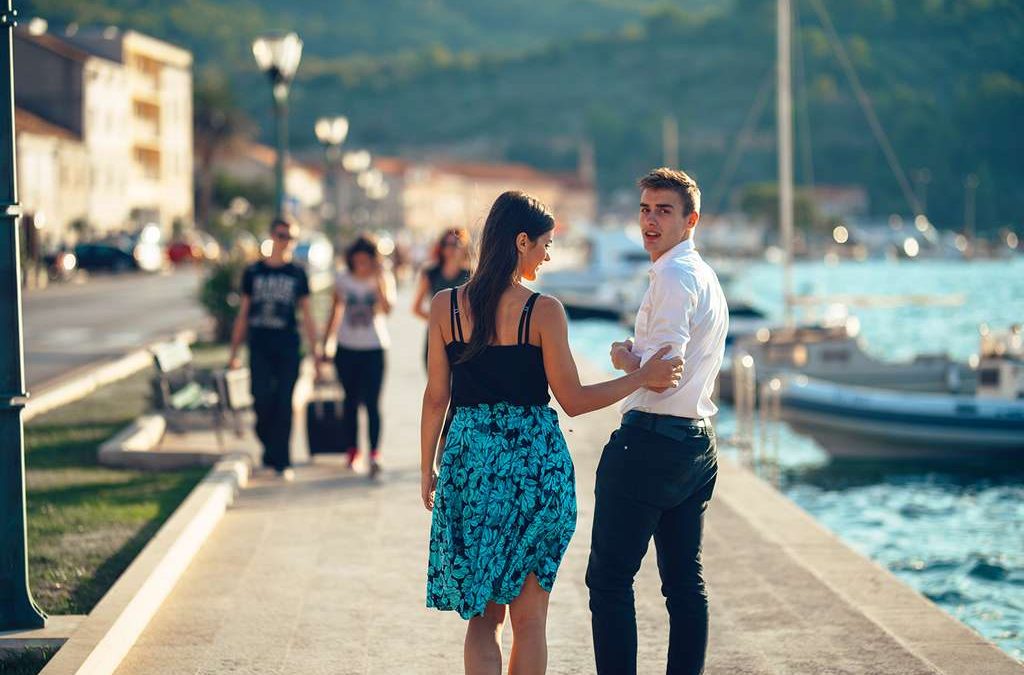 How To Know If Your Ex is Over You

Breakups are hard, no matter which side you’re on. They can even be painful when you initiate them—because there’s more to a breakup than how it starts; there’s also how it ends. Because closure is so important to most people, wondering how to know if your ex is over you is completely natural.

If you initiate the breakup but soon you see signs your ex has moved on first, well, that’s going to feel a lot like being dumped yourself.

That’s what happened to Carmen (not her real name), 29, a TV producer in New York.

“I had just gotten back from a long work trip and was dreading coming home,” she said of the recent unraveling of her five-year marriage. “I knew what I wanted to do, but I was scared and kept giving him hints I was feeling suffocated by our relationship, such as saying I wanted to burn all our furniture, move across the country with just a suitcase and start over.”

Initially, Carmen said, the breakup led to an improvement in the relationship, as hard as that might be to believe at first blush.

“We stayed in the same apartment after the breakup and actually got really close,” she said. “It was like all the tensions we had lifted—we had nothing left to lose. I was finally able to be honest with him about my feelings, and he was being honest too.”

It wasn’t long before the newfound honesty led to positive changes in their interactions.

“This dynamic led to fantastic sex, fun hangouts, and an ease of living that we hadn’t experienced since we were dating,” Carmen said. “We went to an amusement park on a summer day, he won a large plush toy as a prize and gave it to me.”

It didn’t take long for things to go south, however.

Signs your ex is over you

Caring for someone is such a big part of a romantic relationship that it can be hard to disentangle your feelings for the person from your emotions about their role in your life. Just because someone’s your ex doesn’t mean they immediately feel like your ex.

“Longing for an ex is part of grieving,” she said, “and if it goes on for too long, it may be avoiding moving on, to the scary world of the unknown.”

So if you’re wondering how to know your ex is over you, be on the lookout for these signs:

Their interest genuinely shifts away from you

Getting over someone is really a question of re-focusing one’s mental and emotional priorities.

“When you can hear news about your ex moving on without being upset,” said Tessina, or “when you are interested in doing new things, meeting new people”—these are signs that a person has moved on from a relationship. What does that look like if it’s not you, but your ex?

If they’re talking to you a lot less and actively pursuing other interests—such as joining a gym or another activity, spending more time with friends or family, or somehow filling the space you used to take up in their life with people and things you’re not a part of, that’s a definite sign that they’re working on moving on.

It’s possible to move on and not succeed. Your ex could be hanging out with other people, but still holding out hope that things will work out.

Those chances take a serious hit, however, if you notice your ex taking material steps to distance themselves from you and the life you had together, as Carmen realized.

“Reality came crashing down about four to six weeks after the breakup, when he started packing to move out of the apartment and to another city,” she said. “I didn’t think it was real until I saw the boxes being packed one by one, our belongings split into piles, the charges in the credit card for the U-Haul.”

If your ex still has feelings for you, taking drastic action like moving out, changing cities, or otherwise putting physical distance between you is unlikely, if not impossible. That process of moving away is a clear sign that they’re looking forwards, not backwards.

A lot of time has passed without any interaction

A few weeks of no contact could mean anything; it is possible for people to need some time alone and/or to fake disinterest for a while in an attempt to encourage you to “crack” first and message them—but once your period of non-communication hits six months, a year, or two years, the likelihood that there are old feelings remaining on their part drops significantly.

If you haven’t heard from your ex in a long, long time, chances are their thoughts are very much elsewhere, not still lingering on your relationship—particularly once the silence itself stretches out to a point where it’s lasted longer than the actual relationship you had.

Signs that don’t mean much at all

If you’re going through or have come out of a tough breakup, it might be tempting to keep tabs on your ex on social media or to otherwise try to figure out what’s going on with them. That’s normal, to a degree.

And while you’re parsing the traces, it’s easy to come across signs that you then try to interpret to see how they’re really doing.

Is an Instagram post of a sandwich from a restaurant you used to go together an indication that they miss you? If they tweet that they’re on vacation in the Caribbean, is that a sign of them living their best life without you? Is a Facebook post about losing their job a sign that it’s all crashing down without you?

Astute readers will notice none of the signs your ex is over you listed in the previous section included indications that they’re seeing someone new. There’s a reason for that: In the wake of a breakup, people often go through periods of romantic or sexual chaos, seeking comfort in the arms (or beds) of others.

For instance, the post-breakup period “ended up being really good for me,” said Carmen. “I went on a lot of Tinder dates, partied a lot, and generally lived the single life I was looking to live.”

According to Tessina, though, that doesn’t necessarily mean your ex is feeling one way or another.

“Seeing smiling pictures of your ex on social media might be misinterpreted to mean your ex is happy to be your ex, but it may just be a momentary smile, and your ex could still be sad,” she said. “Being ghosted feels like your ex is gone, but it could mean your ex’s feelings are hurt, or the ex thinks you’re the one who’s over it.”

Almost anything you see or hear about your ex can be misinterpreted to either mean they are over you or they aren’t—and in a difficult emotional state, it can be incredibly hard to be logical. Whatever you’re seeing, there’s a good chance you’re reading more into it than is actually there.

At the end of the day, the only true way to understand their feelings is if they tell you.

Can (and should) you get your ex back?

In the wake of a breakup, it can be tempting to try to get back together.

If you could just undo the words that were spoken, you get your ex back. You could pretend that everything was fine and keep things as they were. But if the breakup has already occurred, clearly something’s wrong—so what’s driving people to feverishly work to save something that wasn’t exactly working?

“A lot of people take relationships for granted, until all of a sudden the partner has had enough and moves on,” Tessina said. “At that point, the dumped one goes back into courting mode, going into overdrive to woo them back, but it may be too late.”

She adds that your ex entering into a new relationship means you’ve got to let them go, full-stop—but if not, getting back together could remain a possibility. If that’s going to happen, though, it’ll depend on you taking seriously whatever went wrong.

“If you behaved badly, and you know it, handle that first,” Tessina said. “Get some therapy, change your ways, and then let your ex know you’re still interested. This is not quick and easy, but it could be worth it, if the ex is a good partner.”

Still, the healthiest move for all parties is usually just for both of you to go your separate ways—no matter how hard that might feel.

“Once you’re bonded with someone, it’s very painful to let go,” said Tessina. “Since most of us like to avoid our feelings, we don’t want to do the grieving that’s necessary to let go.”

“If you persist in showing up at your ex’s house, calling or showing up at their job, threaten them physically, call their family and friends, or otherwise interfere with their life, you should know that this behavior is not only pushing them away, it is illegal in many states, which define it as stalking,” Tessina added.

Everything gets better with time

If you’re in the throes of a tough breakup, you might still think about your ex and wonder if they’re still feeling the same about you. You might ask yourself, “Is my ex over me?,” and try to figure that out based on what little evidence you have available to you.

As Carmen said, that post-breakup period can be deeply emotionally painful and leave you with nothing but questions.

“I felt rejected, in a way—but also like I got what I asked for,” she said of the breakup’s finality. “I sat in our empty living room drinking cheap wine out of the bottle and Juuling to my heart’s desire, wondering what I had done and how I would go on without him.”

In the long run, however, she was able to move on—just as her ex had taken concrete steps to do when he packed up his possessions and drove off to the next chapter in his life.

“I’m actually very grateful that we took this time apart,” Carmen admitted, “because I found myself when I pulled away from him, and I didn’t even want time apart, even though deep down I knew I needed it. That’s how codependent I was.”

Apple Explains Why It Is Removing Outdated Apps

20 Questions To Ask On A First Date

Here’s How You Can Secure Your Zoom Meetings

VPS Vs VPN: What’s The Differences?