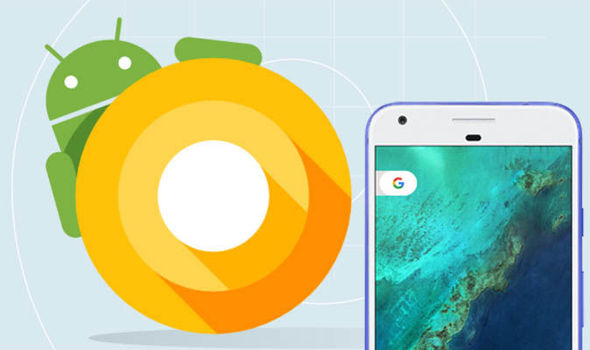 Google just announced the new Android 8.1 update for Nexus and Pixel devices, and even though it’s just a point-one release, there are lots of cool changes. Before you run off to join the Android beta program and try the new version, it’s worth reading up on what’s new.

The first developer preview is already up for download, but the final public version of Android 8.1 Oreo won’t start hitting devices until December. So far, we’ve found several interesting changes like a new power menu and an actual Oreo Easter egg, but we’ll keep updating this post with any new features we find as we continue to dig into the latest Oreo release.

One of the nicer touches with the Pixel 2’s firmware is a power menu that animates out from the physical power button when you long-press it. It’s a lot smaller than the old Power Off/Restart dialog box, and we’re happy to report that it’s now present on older Google devices like the Nexus 6P and the first-gen Pixels.

Back in the Android O developer preview days, Google added octopus Easter egg that appears when you spam-tap the “Android version” entry in Settings –> System –> About phone, then tap and long-press an “O” logo. The octopus animation’s still around, but that generic “O” has finally been changed to an Oreo cookie in Android 8.1 to fit the official code name.

Another Pixel 2-exclusive feature has been brought to Google’s older devices, and this one’s a lot more noticeable than the subtle power menu tweak. When you set a black wallpaper using the default launcher, your Quick Settings menu will automatically change to a darker color. Same goes for the app drawer background in the Pixel Launcher, so you no longer have to shock your eyes at night with those bright white backgrounds just to open an app or turn off Bluetooth.

Here’s another Pixel 2 feature that has now made its way to older devices: The Quick Settings menu now has a semi-transparent background. It’s really hard to notice unless you’re looking for it, but you can see how it works in various scenarios by checking out the following article:

Android 8.0 introduced two new notifications that, strangely, couldn’t be dismissed. One appeared any time that one or more of your apps was running in the background, and the other showed up when you had an app that can draw over other apps. Neither of these notifications could be dismissed without some hackery.

Thankfully, Android 8.1 has given us the option to hide the “Apps running in the background” and “Apps drawing over other apps” notifications. You still can’t swipe them away, but with a tiny bit of work, you can hide them permanently. Check out the following guide to see how:

For years now, when you pull down your notification shade, Android has darkened the portions of the screen that are not covered by the Quick Settings menu or the notifications. This helps put the focus on the overlay menu itself, and the effect is still present in Android 8.1, but a pop of color has been added.

In an apparent move to help resolve burn-in issues with the Pixel 2 XL’s POLEDscreen (or is it screen retention?), Google has made the on-screen navigation buttons dimmable. When you move from one app to another, the buttons are as opaque as they’d normally be — but after a few seconds in the new app, they fade to semi-transparent.

Another anti-screen retention and anti-burn-in measure is evident in the Settings menu — the navigation bar now has a white background instead of the regular black. This is because “burnt-in” buttons aren’t actually the problem. All pixels in OLED screens decay with normal use, but pixels that are always black, like the ones in the bottom nav bar, don’t decay as fast as the rest of the screen. In other words, even though the buttons stand out as evidence of burn-in, it’s the “fresher” pixels normally occupied by the navigation bar’s background that make burn-in noticeable.

If you have any Bluetooth accessories that support the Hands-Free or GATT profiles (typically Bluetooth 4.0 LE or higher), you’ll now see how much battery life your accessory has left. Anytime a supported device is connected, Android 8.1 will display its battery life in the Quick Settings menu as well as the full Bluetooth menu. This is something iOS and various OEM-skinned versions of Android have had for quite some time, but it’s nice to see the feature being added to stock Android.

Keeping with the theme of interface polish, Google has made toast messages in Android 8.1 look a lot cleaner. Instead of the semi-transparent rounded gray backgrounds that made their debut back in the Lollipop days, toast messages are now almost white with black text. It’s a simple change, but it looks much better.

Credit to Android Police for finding this subtle gem: The status bar icons in Android 8.1 now have rounded corners. It’s a subtle refinement touch, but perhaps more noticeable is the fact that both the status bar indicators on the right and the notification icons on the left have been pushed inward a tiny bit to accommodate rounded display corners — even on phones with square corners.

According to the program overview page, Android 8.1 will quickly move from beta to stable. The first developer preview is rolling out now, then developer preview 2 will hit devices in November. Once the kinks have been ironed out from those two releases, the final version of Android 8.1 is slated to roll out in December.

Only Google’s own devices will be eligible to try the beta version of Android 8.1, and even then, only newer models. The full list of supported devices is as follows, though note that the Pixel 2 and Pixel 2 XL haven’t shown up on the Android Beta Program opt-in page yet.

So far, Google’s changelog for Android 8.1 only includes a few known bugs. First, they recommend updating all of your apps to the latest versions to ensure compatibility with the new release. Aside from that, the known bugs are all app-specific:

How to Try Android 8.1 Right Now

If you’re fine with the above-listed bugs and you just can’t wait until December to try Android 8.1, the easiest way to get the new release is to join the Android beta program. Shortly after you’ve enrolled your eligible device, you’ll receive an OTA update that will automatically install Android 8.1.

There are a few disclaimers involved here, namely the fact that you can’t be rooted to use this method. Additionally, you won’t be able to downgrade back to Android 8.0 without wiping your device. To get yourself up to speed on all of these issues and see how to enroll in the Android beta program.

Bitcoin Is Banned In Nepal !

YouTube Is Reducing Its Default Video Quality To 480p