Home > IT NEWS & UPDATES > What Does A Firewall Actually Do? 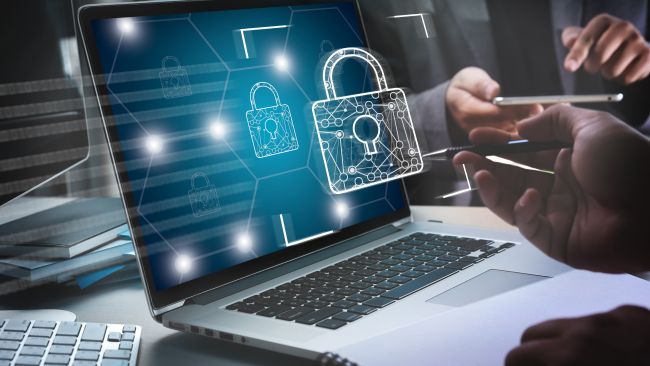 A firewall is a system that provides network security by filtering incoming and outgoing network traffic based on a set of user-defined rules. In general, the purpose of a firewall is to reduce or eliminate the occurrence of unwanted network communications while allowing all legitimate communication to flow freely.

In most server infrastructures, firewalls provide an essential layer of security that, combined with other measures, prevent attackers from accessing your servers in malicious ways.

A firewall is simply a program or hardware device that filters the information coming through the Internet connection into your private network or computer system. If an incoming packet of information is flagged by the filters, it is not allowed through

Some common protocols that you can set firewall filters for include:

Packet filtering, or stateless, firewalls work by inspecting individual packets in isolation. As such, they are unaware of connection state and can only allow or deny packets based on individual packet headers.

Application firewalls go one step further by analyzing the data being transmitted, which allows network traffic to be matched against firewall rules that are specific to individual services or applications. These are also known as proxy-based firewalls.

In addition to firewall software, which is available on all modern operating systems, firewall functionality can also be provided by hardware devices, such as routers or firewall appliances. Again, our discussion will be focused on stateful software firewalls that run on the servers that they are intended to protect.

As mentioned above, network traffic that traverses a firewall is matched against rules to determine if it should be allowed through or not. An easy way to explain what firewall rules looks like is to show a few examples, so we’ll do that now.

Suppose you have a server with this list of firewall rules that apply to incoming traffic:

Note that the first word in each of these examples is either “accept”, “reject”, or “drop”. This specifies the action that the firewall should do in the event that a piece of network traffic matches a rule. Accept means to allow the traffic through, reject means to block the traffic but reply with an “unreachable” error, and drop means to block the traffic and send no reply. The rest of each rule consists of the condition that each packet is matched against.

As it turns out, network traffic is matched against a list of firewall rules in a sequence, or chain, from first to last. More specifically, once a rule is matched, the associated action is applied to the network traffic in question. In our example, if an accounting employee attempted to establish an SSH connection to the server they would be rejected based on rule 2, before rule 3 is even checked. A system administrator, however, would be accepted because they would match only rule 3.

It is typical for a chain of firewall rules to not explicitly cover every possible condition. For this reason, firewall chains must always have a default policy specified, which consists only of an action (accept, reject, or drop).

Suppose the default policy for the example chain above was set to drop. If any computer outside of your office attempted to establish an SSH connection to the server, the traffic would be dropped because it does not match the conditions of any rules.

If the default policy were set to accept, anyone, except your own non-technical employees, would be able to establish a connection to any open service on your server. This would be an example of a very poorly configured firewall because it only keeps a subset of your employees out.

As network traffic, from the perspective of a server, can be either incoming or outgoing, a firewall maintains a distinct set of rules for either case. Traffic that originates elsewhere, incoming traffic, is treated differently than outgoing traffic that the server sends. It is typical for a server to allow most outgoing traffic because the server is usually, to itself, trustworthy. Still, the outgoing rule set can be used to prevent unwanted communication in the case that a server is compromised by an attacker or a malicious executable.

In order to maximize the security benefits of a firewall, you should identify all of the ways you want other systems to interact with your server, create rules that explicitly allow them, then drop all other traffic. Keep in mind that the appropriate outgoing rules must be in place so that a server will allow itself to send outgoing acknowledgements to any appropriate incoming connections. Also, as a server typically needs to initiate its own outgoing traffic for various reasons—for example, downloading updates or connecting to a database—it is important to include those cases in your outgoing rule set as well.

Suppose our example firewall is set to drop outgoing traffic by default. This means our incoming accept rules would be useless without complementary outgoing rules.

To complement the example incoming firewall rules (1 and 3), from the Firewall Rules section, and allow proper communication on those addresses and ports to occur, we could use these outgoing firewall rules:

Note that we don’t need to explicitly write a rule for incoming traffic that is dropped (incoming rule 2) because the server doesn’t need to establish or acknowledge that connection.