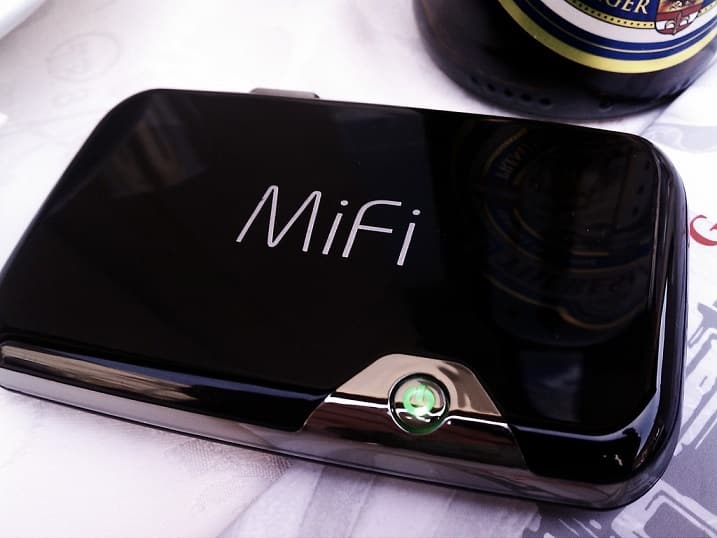 MiFi (pronounced my-fy), also known as portable Wi-Fi, or pocket Wi-Fi, is a great way to connect multiple devices to the Internet on the go. It is a portable broadband device that allows multiple end users and mobile devices to share a 3G or 4G mobile broadband Internet connection and create an ad-hoc network.

MiFi devices are small, mobile devices that let multiple users, and devices, share a mobile broadband Internet connection. It’s different to a mobile dongle, which only allows you to connect a single device, and to Wi-Fi, which is simply the name for the wireless networking technology that enables you to connect devices. A MiFi device connects to your other devices, such as a mobile phone, because it comes with a MiFi chip. It also connects to the mobile 3G or 4G network via your mobile provider.

MiFi devices create a localized signal that is similar to your home router. It taps into the 3G or 4G network to create a mini wireless hotspot. This means that, unlike a dongle, you can connect multiple devices such as tablets, phones and laptops.

Although MiFis are manufactured by Novatel, the name is often used as a generic label for any device capable of becoming a personal hotspot or pocket router. Although some smartphones have the capability to be used as hotspots, they do not have the management capabilities that MiFi offers to control data consumption on connected devices.

Additionally, because the phone is not a dedicated device like Mifi, the phone’s owner must turn the hotspot feature on whenever sharing is desired — and during that time, the phone itself cannot behave as a Wi-Fi client. On some phones, taking a voice call disrupts 3G/4G data flow, suspending personal mobile hotspot service for other Wi-Fi devices using it at that time.

The name MiFi is thought to stand for “my WiFi.” Some 3G/4G carriers sell MiFis (or similar devices) with pay-as-you-go plans, while others require a monthly fee or annual contract.