Home > ONLINE TIPS > How Often You Should Change Your Password? 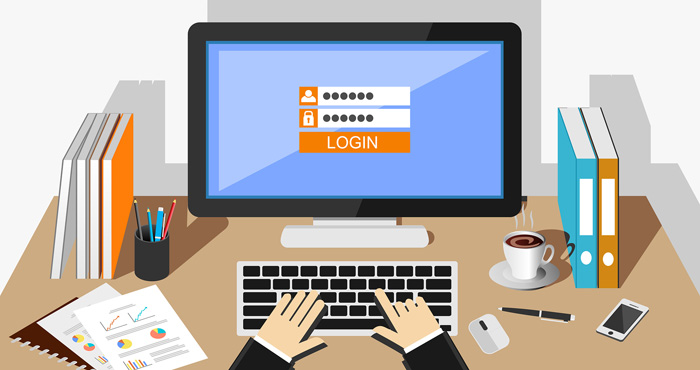 A recent news which was rampant all over social media that “a cybersecurity firm said Wednesday that it found millions of records openly exposed on the internet containing people’s personal data from Facebook, including passwords for 22,000 people.” UpGuard said in a report on its website that app developers had collected the data by building off the Facebook platform, a method similar to the one used years ago by app developers in the Cambridge Analytica scandal to build detailed datasets about millions of Facebook users.

The latest leaked datasets, including people’s likes and interests, was publicly accessible on Amazon-owned servers until after UpGuard found the files and began investigating during the past few months, the company said.

When it comes to security, complicated isn’t always better. There are many people out there who want you to believe that strong security means buying lots of expensive software, following complex rules, and conducting endless research on today’s latest threats.

Use strong passwords, store them in a password manager, and turn on multi-factor authentication everywhere you can. These basic steps alone will help most people keep their accounts safe. In the article,  we are going to share and idea with you that how often you should change your password.

For years, security professionals recommended changing passwords every 30, 60, or 90 days. In offices worldwide, IT policies forced employees to regularly change their password.

The result? Password security is in a terrible state. Employees have too many passwords to remember. Corporate policies are too strict, so employees write them down, make them as memorable as possible. People skirt the rules, so they can keep doing their jobs with minimal disruption. Whether at work or at home, we tend to display the same bad password behaviors everywhere.

If NIST themselves are recommending against frequent password changes and admit that draconian password measures don’t improve security, then I think we should all consider their advice. Also, if you’re like me and have over 300 accounts to keep track of, changing them every month just isn’t realistic.

Now, this doesn’t mean you can avoid changing passwords ever again. There are key times when you should change a password.

Use the above recommendations as a guideline for approaching password updates going forward. To save you time and help you be smart about making password changes, I also recommend the following:

Now my advice is to set up a good password system, aided by a password manager. Once you are organized and have done the initial work to clean up your password security, it’s much easier to maintain that strong security going forward.

Unlimited Hosting Is Not Actually Unlimited | Here's The Truth!

HOW TO MAKE YOUR PC STABLE

How Do Touch Screens Actually Works?