Home > IT NEWS & UPDATES > What is 5G? Everything You Need To Know About 5G 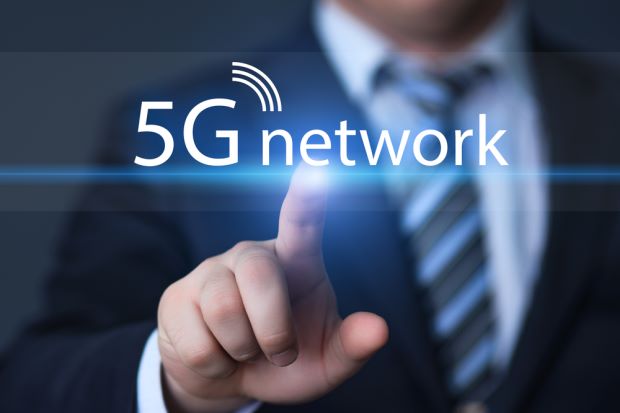 5G is the coming fifth-generation wireless broadband technology based on the IEEE802.11ac standard. An important goal of 5G is to erase the differences between wireline and wireless networking to accommodate the growing mobility of network users. 5G will provide better speeds and coverage than the current 4G. 5G operates with a 5Ghz signal and is set to offer speeds of up to 1 Gb/s for tens of connections or tens of Mb/s for tens of thousands of connections. Huawei, a major player in the Chinese mobile market, believes 5G will provide speeds 100x faster than 4G LTE offers. 5G also increases network expand-ability up to hundreds of thousands of connections.

The signal technology of 5G has also been improved for greater coverage as well as spectral and signaling efficiency. These improvements stand to further enable changes like pervasive computing and the Internet of Things. Although 5G is not scheduled for launch until 2020, some manufacturers are already incorporating elements of the coming standard’s specifications into their products.

According to the Next Generation Mobile Network’s 5G white paper, 5G connections must be based on ‘user experience, system performance, enhanced services, business models and management & operations’.

And according to the Groupe Speciale Mobile Association (GSMA) to qualify for a 5G a connection should meet most of these eight criteria:

Previous generations like 3G were a breakthrough in communications. 3G receives a signal from the nearest phone tower and is used for phone calls, messaging and data.

4G works the same as 3G but with a faster internet connection and a lower latency (the time between cause and effect). 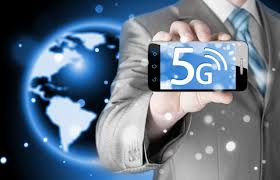 The G in 5G means it’s a generation of wireless technology. While most generations have technically been defined by their data transmission speeds, each has also been marked by a break in encoding methods, or “air interfaces,” which make it incompatible with the previous generation.

5G brings three new aspects to the table: greater speed (to move more data), lower latency (to be more responsive), and the ability to connect a lot more devices at once (for sensors and smart devices).

The actual 5G radio system, known as 5G-NR, won’t be compatible with 4G. But all 5G devices, initially, will need 4G because they’ll lean on it to make initial connections before trading up to 5G where it’s available.

4G will continue to improve with time, as well. The upcoming Qualcomm Snapdragon 845 processor will support 4G speeds up to 1.2Gbps. The real advantages of 5G will come in massive capacity and low latency, beyond the levels 4G technologies can achieve.

That symbiosis between 4G and 5G has caused AT&T to get a little overenthusiastic about its 4G network. The carrier has started to call its 4G network “5G Evolution,” because it sees improving 4G as a major step to 5G. It’s right, of course. But the phrasing is designed to confuse less-informed consumers into thinking 5G Evolution is 5G, when it isn’t.

Like other cellular networks, 5G networks use a system of cell sites that divide their territory into sectors and send encoded data through radio waves. Each cell site must be connected to a network backbone, whether through a wired or wireless back haul connection.

5G networks will use a type of encoding called OFDM, which is similar to the encoding that 4G LTE uses. The air interface will be designed for much lower latency and greater flexibility than LTE, though.

The standard will work all the way from low frequencies to high, but it gets the most benefit over 4G at higher frequencies. 5G may also transmit data over the unlicensed frequencies currently used for Wi-Fi, without conflicting with existing Wi-Fi networks. That’s similar to a technology T-Mobile is launching this year called LTE-U.

5G networks are much more likely to be networks of small cells, even down to the size of home routers, than to be huge towers radiating great distances. Some of that is because of the nature of the frequencies used, but a lot of that is to expand network capacity. The more cells you have, the more data you can get into the network.

So 5G networks need to be much smarter than previous systems, as they’re juggling many more, smaller cells that can change size and shape. But even with existing macro cells, Qualcomm says 5G will be able to boost capacity by four times over current systems by leveraging wider bandwidths and advanced antenna technologies.

The goal is to have far higher speeds available, and far higher capacity per sector, at far lower latency than 4G. The standards bodies involved are aiming at 20 Gbps speeds and 1ms latency, at which point very interesting things begin to happen.

AT&T has proclaimed that it will be first with mobile 5G when it launches a network in 12 cities by the end of this year. While it hasn’t given details, we think this will be “millimeter wave” 5G, which requires dense networks of cells that don’t reach very far (say, about 1000 feet each), but deliver extremely high speeds.

AT&T’s rollout could be slowed by a lack of 5G phones available before 2019, though. Qualcomm has said that 5G phones will be available in 2019, but not before then. AT&T said in early February that it would launch not with phones, but with a “puck” that observers are assuming is a mobile hotspot.

Verizon is starting out with a fixed 5G home internet service launching in three to five cities in mid 2018. This will use home routers with fixed antennas that Verizon will be able to supply, getting around the pesky phone problem. Presumably, this will offer gigabit internet to compete with local cable companies, but you won’t be able to tote it around.

5G home internet shows one major advantage over 4G: huge capacity. Carriers can’t offer competitively priced 4G home internet because there just isn’t enough capacity on 4G cell sites for the 190GB of monthly usage most homes now expect. This could really increase home internet competition in the US, where, according to a 2016 FCC report, 51 percent of Americans only have one option for 25Mbps or higher home internet service. For its part, Verizon told us there wouldn’t be 4G-level data caps on home 5G service.

5G home internet is also much easier for carriers to roll out than house-by-house fiber optic lines. Rather than digging up every street, carriers just have to install fiber optics to a cell site every few blocks, and then give customers wireless modems.

The speed of a wireless network is tied to how much spectrum you can use for it. Because T-Mobile is only using an average of 31MHz of spectrum as opposed to the hundreds of MHz that millimeter wave networks will use, its 5G network will be a little bit faster than 4G, but not multiple gigabits fast. It will still have the low latency and many connections aspects of 5G, making it usable for gaming, self-driving cars, and smart cities, for instance.

So Verizon wants to use 5G as a home internet service, and AT&T is going for faster smartphones. Those are only the initial uses of a network that can connect everything to everything else.

On a trip to Oulu, Finland, where they have a 5G development center, we attended a 5G hackathon (see video above). The top ideas included a game streaming service; a way to do stroke rehab through VR; smart bandages that track your healing; and a way for parents to interact with babies who are stuck in incubators. All of these ideas need either the high bandwidth, low latency, or low-power-low-cost aspects of 5G.

Future generations will interact with other cars and smart roads to improve safety and manage traffic. Basically, everything on the road will be talking to everything else.

To do this, you need extremely low latencies. While the cars are all exchanging very small packets of information, they need to do so almost instantly. That’s where 5G’s sub-one-millisecond latency comes into play, when a packet of data shoots directly between two cars, or bounces from a car to a small cell on a lamppost to another car. (One light-millisecond is about 186 miles, so most of that 1ms latency is still processing time.)

Another aspect of 5G is that it will connect many more devices. Right now, 4G modules are expensive, power-consuming, and demand complicated service plans, so much of the Internet of Things has stuck with Wi-Fi and other home technologies for consumers, or 2G for businesses. 5G networks will accept small, inexpensive, low-power devices, so it’ll connect a lot of smaller objects and different kinds of ambient sensors to the internet.

What about phones? The biggest change 5G may bring is in virtual and augmented reality. As phones transform into devices meant to be used with VR headsets, the very low latency and consistent speeds of 5G will give you an internet-augmented world, if and when you want it. The small cell aspects of 5G may also help with in-building coverage, as it encourages every home router to become a cell site.

We’re looking forward to testing the first implementations of 5G as soon as they are live. Every year we drive around the country evaluating network speeds for our Fastest Mobile Networks feature, and as 5G rolls out, the results are sure to get more interesting—and exciting—than ever before.