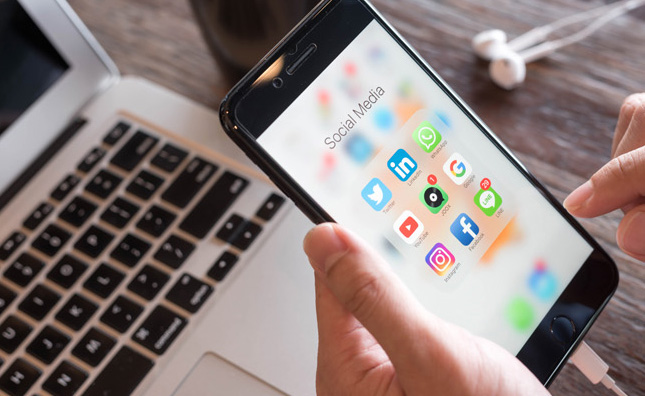 From a mental health perspective, concerns have been raised about the negative impact of excessive use of social networking sites on the health and well being of users, especially that of young people, who are enthusiastic users of this technology. Social media is quickly taking over the lives of many young people. They would rather spend time checking their social media to see if someone liked their post rather than having direct contact with someone in person. For this reason, it is important for young people to unplug from social media from time to time to ensure that they are able to have as fulfilling of a life in the future as they can.

Here are a handful of reasons why you should curb your constant phone use and start taking part in that old-fashioned thing we call the real world.

Social Media Can Lead To Depression

Not getting enough social media attention is causing many young adults to start to feel depressed earlier in life. They value themselves based on what other people in social media think of them, which has caused many young adults to have a poor view of themselves. Many people on social media do not filter what they say because they choose to hide behind the screens of their device and say horrible things to other people on social media. This can cause many people to feel a lot of anxiety and start to be more self-conscious about themselves based on the horrible things that people they do not even know say about them online. Once a young person’s self-confidence is damaged, it can ruin their ability to be independent, stand up for themselves, or even fight for what their beliefs in the future. It is important for young people to be lifted up and taught to base their value on more than just the value they are given on social media.

To ensure that you are not overly engrossed in social media, try to limit the use of it as often as possible. For example, there are many families who choose to have computers, tablets, and phones left out of the bedroom when it is time for bed so that family members are not tempted to look at the devices at night or first thing in the morning when they wake up. You can also limit social media use during meals to connect with one another in a more personal way. While social media is great, the real world is even better.

Social media is everywhere—and a huge part of our day-to-day lives. It’s not going anywhere either. But do the benefits of all this connectivity and constant chatter actually outweigh the costs? Have you even considered what costs there might be in your life and career?

You may feel less lonely, or more like you are keeping in touch with all of your friends when you’re constantly all up on their social media, but it’s not actually getting you anywhere close to real, lasting and close relationships with any of your friends. It’s just empty interaction. Your real, close friends are the ones you have actual conversations with—even on the phone or Skype if not in person. If your friends were to deactivate their accounts, would you still speak to them?

Your Life is Public

If you don’t set boundaries and post everything that happens to you willy nilly, you forget that your entire life is not only public, but also permanently recorded in visual images and text. Just remember that safety and reputation are both important. And dial it back a bit.

Social media is incredibly distracting. Maybe you find yourself doing something cool; instead of enjoying the moment and being present, you’re mostly thinking how to get the perfect photo and how to phrase the perfect post. You’re starting to see the world in virtual, filtered form, rather than experiencing it. Or worse—you’ve lost touch with your life because you feel most alive when online. Or the least bored. But every hour you spend on your phone is another hour of life you’re missing out on. Think what you could accomplish in all of that accumulated time!

Many young people have come addicted to social media because they crave the attention that they get from people online. They feel compelled to see how many likes and shares they get on the posts that they share and cannot wait to like and share the posts of their friends on social media. This can cause someone to be on social media constantly for fear that they may miss something and lead to severe isolation and dependency.

If the answer to all six of these questions is “yes,” then you may have or be developing an addiction to using social media. We say “may” because the only way this can be confirmed is through a diagnosis from a clinical psychologist or a psychiatrist.

How To Protect Your Eyes From Smartphone Strain