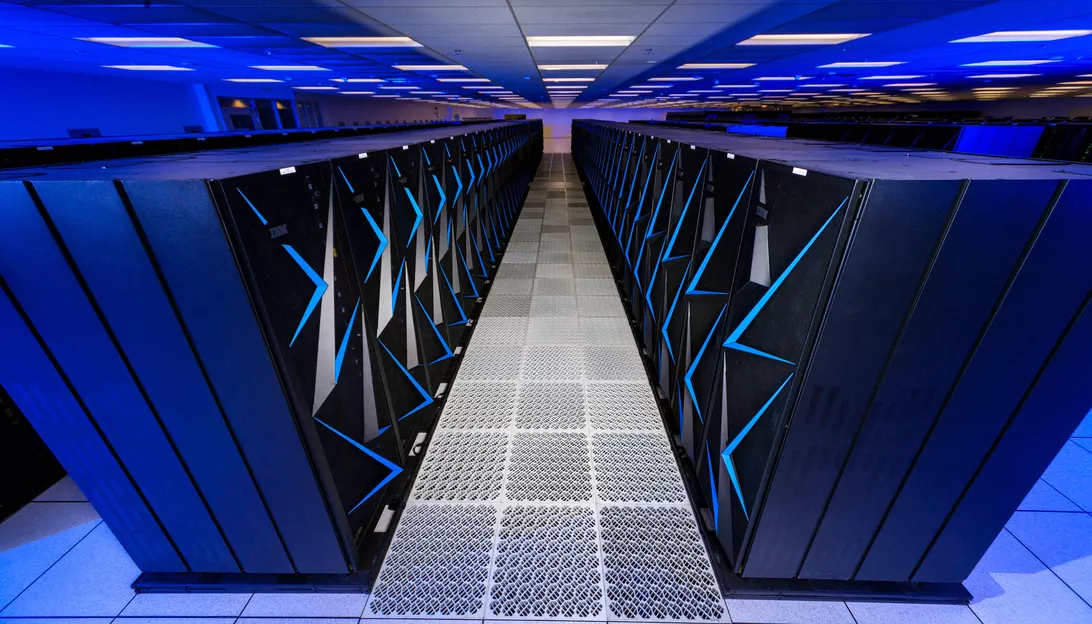 A supercomputer is a computer that performs at or near the currently highest operational rate for computers.  Traditionally, supercomputers have been used for scientific and engineering applications that must handle very large databases or do a great amount of computation (or both). Although advances like multi-core processors and GPGPUs (general-purpose graphics processing units) have enabled powerful machines for personal use. by definition, a supercomputer is exceptional in terms of performance.

A supercomputer is a type of computer that has the architecture, resources and components to achieve massive computing power. Today’s supercomputers consists of tens of thousands of processors that are able to perform billions and trillions of calculations or computations per second.

Supercomputers are primarily designed to be used in enterprises and organizations that require massive computing power. A supercomputer incorporates architectural and operational principles from parallel and grid processing, where a process is simultaneously executed on thousands of processors or is distributed among them. Although supercomputers houses thousands of processors and require substantial floor space, they contain most of the key components of a typical computer, including a processor(s), peripheral devices, connectors, an operating system and applications.

At 23.5 petaflops, Frontera is the fastest supercomputer on a university campus. It was designed specifically to tackle the most prevalent types of problems that scientists need supercomputers to solve–equations that describe motions of bodies in the universe and the interactions of atoms and molecules. But Frontera doesn’t neglect up-and-coming areas like data-intensive applications and deep learning.

Tianhe-2, whose name translates as “MilkyWay-2,” has also seen recent updates. But despite now boasting a whopping 4,981,760 cores and running at 61.4 petaFLOPS, that hasn’t stopped it from slipping two spots in just one year—from #2 to #4.

TOP500 reported that the machine, developed by the National University of Defense Technology (NUDT) in China, is intended mainly for government security applications. This means that much of the work done by Tianhe-2 is kept secret, but if its processing power is anything to judge by, it must be working on some pretty important projects.

A former number one, Sunway TaihuLight dominated the list since its debut in June 2016. At that time, its 93.01 petaFLOPS and 10,649,000 cores made it the world’s most powerful supercomputer by a wide margin, boasting more than five times the processing power of its nearest competitor (ORNL’s Titan) and nearly 19 times more cores.

But given the non-stop pace of technological advancement, no position is ever secure for long. TaihuLight ceded the top spot to competitors in June 2018.

Lawrence Livermore National Laboratory’s (LLNL) Sierra initially debuted at #3 on the June 2018 list with 71.6 petaFLOPS, but optimization has since pushed the processing speed on its 1,572,480 cores to 94.6 petaFLOPS, earning it the #2 spot in November 2018.

Showing further evidence of the US Department of Energy’s renewed commitment to supercomputing power, Oak Ridge National Laboratory’s (ORNL) Summit first claimed the #1 spot in June 2018, taking the top rank from China for the first time in 6 years. Further upgrades have cemented that spot—at least until the next list comes out in June 2019.

In the year since its debut on the June 2018 list, Summit has widened its lead as the number one system, improving its initial High Performance Linpack (HPL) performance from 122.3 to the current 148.6 petaFLOPS. Unusually for such a high-performing machine, Summit is also ranked third on the GreenTop500, which measures energy efficiency in supercomputers.