December 9, 2022 1 min read
By using our website, you agree to the use of our cookies.
Learn more Got it!
> FEATURED > What Her Emojis Mean: 16 Emojis Decoded 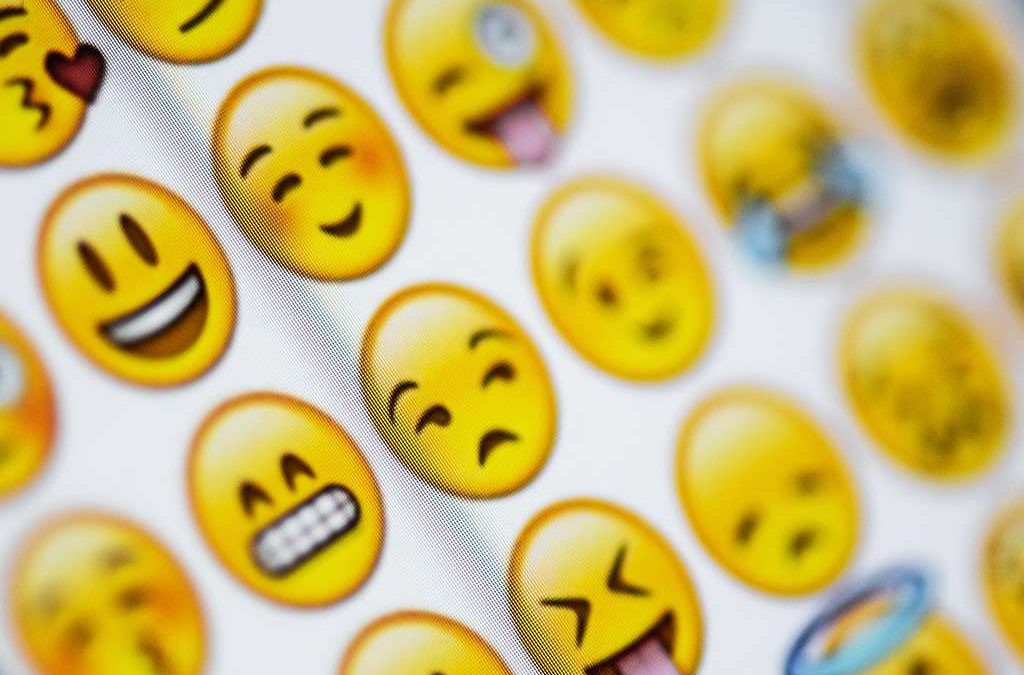 What Her Emojis Mean: 16 Emojis Decoded

Anyone with a smartphone knows that emojis are a popular way to communicate. But while we’re all familiar with the cutesy emoticons, their symbols can take on different meanings within romantic relationships.

Sure, we all know the subtext behind the eggplant or the peach emoji—but what about the everyday emojis that tend to fly under the radar? What her emojis mean can differ between conversations and entirely depend on context.

Trying to glean meaning from emojis is a lot like dream interpretation or astrology—an imprecise exercise, at best. But if a woman you’re seeing romantically regularly uses some of these popular emojis, it’s probably safe to infer the following meanings.

What do the different color heart emojis mean?

While many emojis are used in a relationship context, none are more common than hearts. There are now multiple versions of the heart emoji, and while some are just fun color variants, others carry different meanings.

They don’t get much more straightforward than this. If a girl sends you a Red Heart emoji, it’s a broad sign of affection. It applies to every level of relationship, whether she’s expressing her enjoyment of your company in the early stages, or reaffirming her love in a longer, more serious arrangement.

The Black Heart emoji carries multiple meanings. In some contexts, it expresses loving sorrow—sympathy after the loss of a loved one, for example. It can also express macabre or dark humor. If she uses it to respond to a dark joke, she’s showing appreciation for the joke while acknowledging the taboo element.

While it’s easy to interpret a Broken Heart emoji as a sign of pain or sorrow, it actually represents a sense of missing or longing. If you’ve been apart for a while, you might receive one of these.

The Purple Heart emoji denotes love, but in a deeper, more meaningful sense. Think of how a couple feels towards each other when they first start dating versus after they’ve been together for several years. The Purple Heart is more like the latter.

You may have first noticed the yellow heart in Snapchat. There, it appears next to the contact that snaps you the most, denoting them you’re “#1 best friend” on the platform. When used outside of Snapchat, it more broadly points to friendship. If a girl uses a Yellow Heart, she may be trying to convey that her fondness for you is strictly platonic.

In Snapchat, two pink hearts means that you’ve been #1 best friends with the person for two consecutive months. But in a relationship, it translates to a feeling of love being in the air. In other words, she’s expressing general, ambient feelings of fondness towards you.

Similar to the Red Heart, a Kissing Face emoji is an expression of fondness, though more directly physical—it’s literally a kiss emoji, meaning the digital equivalent of blowing you a kiss. There are many variations of the Kissing Face, but they all mean the same thing in the context of a relationship.

Face with Tears of Joy meaning 😂

Also known as cry-laughing, she’s expressing that you’re genuinely tickling her funny bone. To put it another way, in text form, you might use “lol” to acknowledge that something is funny (or is meant to be)—but you might instead type “hahaha” if something actually made you laugh or smile.

Lucky you—you’ve really sent her over the moon. Used to convey feelings of love or infatuation, in a relationship context it usually means you’ve struck just the right nerve with what you just said or did. You might get it in response to a text planning her ideal date, for instance, or a photo of you preparing her favorite meal.

Better described as “blushing in a (mostly) good way,” this emoji means you’ve said something that makes her happy, but also a bit bashful. That usually means compliments on her appearance or any trait she’s insecure about. Note that if these pop up often in your conversations, it may be a sign you’re too often broaching somewhat sensitive topics. It’s important to read between the lines and be honest with yourself when it comes to this emoji.

The rare emoji means the same things as its real-life counterpart. In general, a wink is an expression of coyness or playfulness. That’s true via text as well, but in the context of a relationship, it usually denotes playful innuendo. She might send one to signal that she picked up on your innuendo, or use the emoji to reinforce it in her own messages. “It’s laundry day and I have nothing to wear” takes on a whole new meaning when punctuated with a Winking Face.

Adding a tongue to Winking Face implies wackiness and/or excitement. But in a romantic context, it provides something crucial: plausible deniability for flirtation. If she’s using it (particularly when the talk turns more intimate), she’s not quite sure how you feel about her and is giving herself an escape route if she feels she misinterpreted you or crossed a boundary.

For example, if she uses Winking Face with Tongue to punctuate a message saying something like “how fun would it be if we climbed to the roof of my building and made out,” the emoji basically says unless you don’t think that would be fun at all, in which case I was just joking.

Perhaps better known as the “hair flip” emoji, this one is all about expressing sarcasm, sassiness or flippancy. When she uses it, she’s engaging in playful banter and wants to make sure you’re aware, since tone is often lost in text communication.

This isn’t an emoji you want to receive often. It’s used to express nonchalance or indifference, which isn’t always a good thing in a relationship context. For example, if you text to postpone a date because you decided to make other plans, a Nail Polish means “fine, but I’m not happy about it.”

Smirking Face, also known as side-eye, has broad uses for irony, sarcasm, and playfulness. If she’s using it to punctuate a message, she wants to make sure you know she’s joking. If she responds to a message of yours, it’s an acknowledgment—a digital “I see what you did there” affirmation.

Similar to the Smiling Face with Smiling Eyes, the See-No-Evil Monkey is a more playful way of expressing mild bashfulness. She may use it when describing the day’s gossip to indicate that she finds it all entertainingly cringey. Or, if you’re recounting a particularly steamy encounter between the two of you, she may use it to say “I had fun but I can’t believe I did that.”

If you see the eye-rolling emoji, it might be time to check yourself. While it can represent a lighthearted response to corny humor (think obvious “dad jokes”), it can also mean a genuine (though mild, for now) level of disdain or annoyance. If you’ve messaged a woman repeatedly to no avail, a Face with Rolling Eyes emoji is a clear sign her patience is wearing thin.

Why do we use emojis?

Using glyph-based communication is as old as human history, so in some ways, it’s natural—especially when it comes to romance.

“Emojis are a nice, cute way to show that we are interested in someone and that we find them a good and fun company,” explained Alexis Taylor, a sex and relationship expert. “More women than men tend to use emojis—and yes, her emojis definitely mean something.”

“When making romantic exchanges, we tend to be more sensitive, more so if we cannot see who we are talking to,” said Taylor. “This then forces us to use figurative expressions to get our messages across and these are the emojis.

According to Taylor, we’re always trying to express what we are feeling to those who we are talking to and sometimes plain text just doesn’t do the job. Therefore, emojis are very effective for demonstrating fear, anger, love, or even longing that we’re experiencing but may struggle to verbalize.

How to glean if her emojis likely mean anything

While emojis are ubiquitous in everyday speech and don’t always mean something significant, there are a few patterns that men can look out for in a romantic or flirtatious setting.

However, it’s important to keep in mind that emojis can take on endless meanings—so don’t let your interpretations get in the way of a good conversation..

“The emojis that men should pay attention to are the love hearts, kisses, smiles with teary eyes, and hugs,” said Taylor.

“Women love these a lot and they feature a lot in their conversations but on the flip side, men must also remember that emojis don’t always express love, but frustration from women, such as the anger face or the eye roll.”

How to Transfer a Website from One cPanel to Another