December 9, 2022 1 min read
By using our website, you agree to the use of our cookies.
Learn more Got it!
> FEATURED > How To Heal A Relationship After A Fight 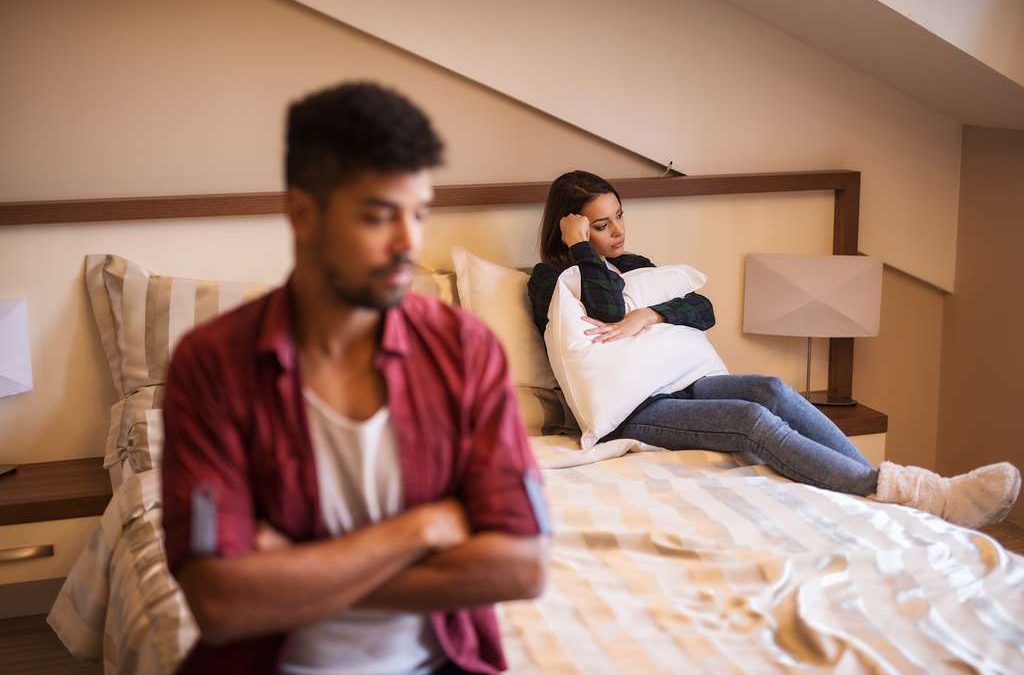 How To Heal A Relationship After A Fight

As beautiful as long-term romantic relationships can be at their best, they’re not always perfect. Sadly, it’s pretty much impossible to be with someone for a long period of time without getting into a big fight at some point.

But these flare-ups also raise the question of how to heal a relationship after a fight: What do you do to make things right again after you and your partner have said or done hurtful things?

How to fix a relationship after a huge fight

Suppose you had a horrible fight. Now you want to repair things—but you don’t know-how. What do you say? What does the other person say? What do you do? Before things get out of hand, take the following steps.

First of all, you should make sure you’re out of the fight before trying to heal things. If your partner is still deep in the throes of anger and you have concerns about your physical safety, do what you can to exit the immediate physical situation. Tell your partner that you’re going for a walk or a drive and get out of there. And if they attempt to do the same, let them.

Let off some steam

Even if you’re not worried about your partner hurting you, taking some space can be a good way to put the brakes on the fight—but you may still be feeling angry. If you need to vent, rather than keeping your feelings under wraps, consider talking to a friend or family member, writing your thoughts down, exercising or yelling into a pillow—whatever you need to help get through the immediate emotions of the moment.

Own up to your role in the fight

“Swallow your ego and sincerely say, ‘I messed up. I’m sorry,’” said Connell Barrett, a New York-based relationship coach, founder of Dating Transformation, and a dating coach for The League. “You share some of the blame. It takes two. Saying you’re sorry will diffuse the tension and de-escalate the fight so that you can calmly discuss the issue.”

One of the reasons disagreements escalate into fights is that we tend to be bad at articulating our issues when emotions are running high. Once things have calmed down, explain—calmly but honestly—what you feel the issue is. The goal is not to lay blame, but for everyone to feel that their complaints have some validity.

Put yourself in your partner’s shoes

“Let them know you see their position,” according to Barrett. “A simple way to do this is repeating some of what they say back to them. In your fight, the two of you temporarily lost your rapport, your connection. You’re pissed! To get that rapport back, let them know you hear their viewpoint. Even if you don’t agree with them, if you appreciate and get what they feel and why they feel it, it reconnects you, and calms you both.”

Ask “how can we find common ground?”

“Too often,” Barrett said, people ask themselves, “‘How can I win this fight?’ But this is a relationship, not an Ivy League debate competition. Even if you ‘win’ the argument on points, you will lose as a couple because your partner will feel small and defeated. Instead, ask a better question, such as, ‘How can we find common ground?’ A better question provides better answers.”

Try to identify the underlying issue

Sometimes fights aren’t really about the thing you’re fighting over—they’re about some other problem in the relationship entirely. As long as you tread with caution and avoid sparking any new fires, working together to identify the root causes of the fight may not only lead to epiphanies but reduce the chances of similar fights down the road.

How to move on from a big fight

You might be left with the feeling that one or the other of you started it and is therefore at fault. But according to Barrett, that’s not a great way to think about fighting or the concept of blame.

“The issue of ‘who started it’ is totally irrelevant,” he said. “When you had a schoolyard fight as a kid, your teacher may have said, ‘It doesn’t matter who started it. What matters is who finishes it.’ Be the person who finishes the fight. Even if you didn’t start it, be the one looking for common ground and solutions.”

Even if you feel like your partner ‘started’ the fight, it takes two people to have a fight, and the first person to demonstrate aggression may not, in fact, be the person most at fault in the situation.

If you really want to resolve things, who started it needs to be a moot point. As Barrett said, your goal “is not to hear, ‘You’re right, I’m wrong.’”

Instead, he noted, it’s “to be heard and understood, to reconnect with each other, and to agree on a better way forward.”

Why do couples fight?

No one wants to get into fights—and yet they happen nonetheless.

Sometimes the fight lines up with behavior that warrants a fight. Sometimes one partner does something genuinely bad, cruel or hurtful and any response other than anger would feel out of place.

But most fights don’t stem from someone catching someone else in bed with another person or some similar breach of trust. Many big fights start in seemingly pedestrian ways—a washing machine unfilled, advice unheeded, a story interrupted.

“Surface-level bickering is nothing to worry about,” said Barrett. “But when a seemingly small issue turns into a full-on fight, it’s because that ‘small’ thing has a bigger significance to one or both of you.”

“If you want to throw down an extra-generous tip at a restaurant, and your partner says that it’s too much money to leave, the issue is likely not about that extra $10,” Barrett noted. Instead, the real issue, he said, is likely “their stress and worry about money.”

Sometimes it’s an issue that’s largely independent of the relationship—money worries are a very personal concern that can bleed into your relationships with others, but aren’t about those relationships, necessarily.

However, many fights also stem from issues specific to the relationship between the two people involved.

“Let’s say you get into a fight because you didn’t change the kitchen light fixture,” Barrett said. “The issue there is not the lighting in the kitchen but rather what your inaction represents to your partner—say, that you’re not working hard on your relationship, which, to go even deeper, might mean that you don’t love them.”

The anger and resentment that kind of imbalance gives rise to are about more than the chores—it’s about what the chores represent: someone who doesn’t feel compelled to pull their weight and who expects their partner to do everything and the slow buildup of frustration that engenders.

As Barrett put it, “Almost every ‘little’ thing that starts a fight is about something very big to one of you.”

Is it normal when couples fight a lot?

Depending on the intensity of the fight, the core issues at the heart of it, and how you both feel afterward, it’s genuinely possible that this could be the end—particularly if this is the same fight you’ve been having for a long time.

For Barrett, that repetitiveness could be a sign that this relationship isn’t meant to last.

“A big sign that a relationship isn’t working is if, after a bad fight, one or both partners refuse to budge or compromise,” he said. “A healthy relationship is either growing or it’s dying, and a relationship can’t grow if one person won’t compromise and see that growth is needed.”

So if you keep circling back to the same issue over and over and finding yourself in protracted fights about it where one or both of you won’t compromise or try to improve, that could be a big sign that you’ve hit a wall as a couple.

Another sign that it’s time to get out? Your partner exhibits significant control issues that lead to you feeling scared for your wellbeing.

If their anger has you worrying for your safety or seriously changing your lifestyle to better accommodate their demands, that could be a sign of someone whose anger and control issues will only escalate over time.

How to try and stop arguing in a relationship

Is there a way to prevent fights entirely?

Unfortunately, no. You can be the most emotionally mature person in the world and still reach a breaking point under the right circumstances.

But there are ways that may help reduce the likelihood of future fights, or reduce the intensity of any fights that do occur.

Open up about your feelings before they reach a boiling point

“Don’t store-up negative, unexpressed feelings like a kettle on the stove,” Barrett said. “It only builds up into anger and frustration, which makes it hard to disagree in an agreeable way.”

Deal with issues as they arise

“Intense anger and raising your voice makes it impossible to communicate and get to the core of a problem. Talk about the way you feel before it bubbles up into anger,” Barrett said.

Keep track of how you talk

“Many bad fights started out as calmer discussions that escalated,” Barrett said. “Why? Because of ad-hominem statements that start with phrases like, ‘You always say this’ and ‘You always do that.’”

Instead, Barrett thinks you should avoid ‘you’ statements, and try to use ‘I’ statements instead—saying things like “I feel sad when you don’t respond to my text messages” instead of “You never respond to my messages.”

While that may not prevent your partner from getting defensive, it will certainly help them see the conversation as one that can move forward in a progressive way, rather than a back-and-forth fight full of accusations.

Apple Has Resolved The Outage Affecting iMessage, Apple Music, And Other Services