July 31, 2021 2 min read
By using our website, you agree to the use of our cookies.
Learn more Got it!
> ANDROID > Get the Pixel 2 Launcher with the Bottom Search Bar & Google Now — No Root Needed 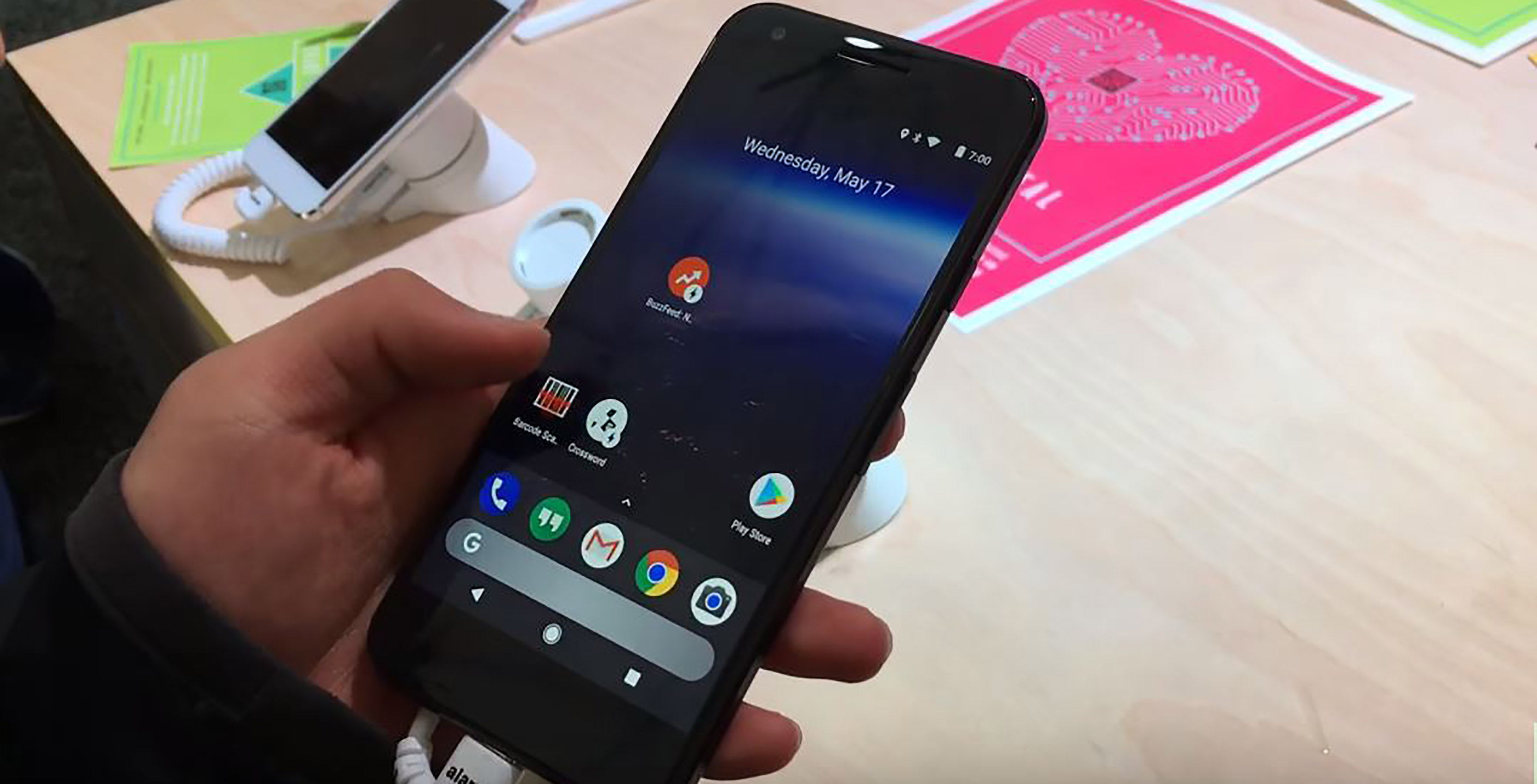 Google’s Pixel 2 flagships are packed with new upgrades like enhanced front-facing speakers and class-leading cameras. As great as these handsets are, many will find it hard to justify an expensive upgrade, considering the Pixel 2’s specs aren’t radically different from last year’s Pixels. Luckily, you can still get a piece of the Pixel 2 experience with a leaked version of the Pixel 2 launcher.

The fine folks at XDA uncovered a leaked version of the redesigned Pixel 2 launcher, complete with the search bar in the dock and a few other goodies. Best of all, the new launcher can be installed even if your device isn’t rooted. So if you’d like to try the Pixel 2’s new home screen without dropping $700+, we’ve got you covered.

As I mentioned, this mod doesn’t require root, but you will need to be running Android Lollipop or higher to try it (or 7.0+ for the Google Now version). We’ve tested it on the Galaxy S8 and the first-gen Google Pixel, and it runs flawlessly on both devices. However, some users who meet the version requirements have still reported issues.

If your phone says “App not installed” after running the APK below, you might be out of luck, sadly. But if you experience the other primary bug reported by some users where the launcher crashes, you may be able to fix the issue by sideloading this ported version of the updated Google Wallpapers app. The wallpaper app will only run on Marshmallow or higher, however.

As a final note, if you’re using the first generation Pixel or Pixel XL, make sure to install the “No Google Now” version linked out below. This is because the modded version has a different signature than the Pixel launcher that came pre-installed on your phone, so it won’t install. Luckily though, the “No Google Now” version installs as an update to the stock first-gen Pixel launcher, meaning you will continue to have Google Now integration if you install it on a 2016 Pixel or Pixel XL.

Before we get started, make sure you have “Unknown Sources” enabled. After that, uninstall any previous versions of the leaked Pixel 2 launcher (if any), then just tap the following link to download the latest version of the launcher. From there, open the APK from your notification tray or using any file browser, then press “Install” when prompted.

After the Pixel 2 launcher is successfully installed, tap on the home button. From there, you’ll be prompted to choose a new home screen app, so select “Pixel Launcher” from the list, then choose “Always” if prompted.

You’re now free to enjoy the Pixel 2 launcher experience — most notably, its new search bar that’s easier to access, along an app drawer that you can access by swiping up from dock at the bottom of the screen. There are a few more finishing touches, like some nifty bounce animations and the new Google calendar and weather widget, so there’s lot to like.

How are you enjoying the new Pixel launcher so far? Let us know in the comment section below.

The Most Annoying Changes in iOS 11 & How to Fix Them

Apps That Every Windows 10 User Should Have

How To Increase RAM of Android Device Using SD Card

Nearby Sharing Is Rolling Out Now In Beta