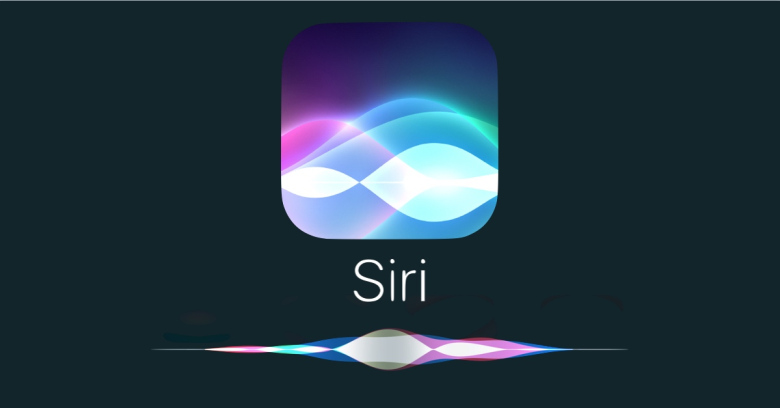 Siri is best known as Apple’s so-called digital personal assistant available on iOS devices like iPhone and iPad. Some might think Siri is only good for looking stuff up, but it can actually do a great deal more.The thing about Siri is that can be hard to get used to, but once you do, it is incredibly useful. You can do a fairly wide array of tasks on your iOS device beyond simply looking something up. For example, you can have Siri create reminders, take notes, and set alarms. It can even make changes to system settings. Siri will also adapt to your personal language use and as you use it more and more, will tailor results individually to you.Here’s how Siri can improve your productivity at work, at home or just with using your device:

Perhaps one of the most simple tasks Siri can perform, and often one of the most overlooked. Just think of the number of times you’ve gone through page after page of app icons searching for the right one when all you needed to say was “Launch Facebook.” (Don’t like talking to your device that much? You can also launch apps quickly using Spotlight Search.)

You can use Siri to search the web by prefacing your question with “Google,” which lets you “google the best iPad games.” But don’t forget that Siri can answer a lot of basic questions without pulling up a web browser. Just ask it “How old is Paul McCartney?” or “How many calories are in a doughnut?” Even when it doesn’t know the exact answer, it can pull up relevant information. Asking “Where is the Leaning Tower of Pisa” may not give you “Pisa, Italy”, but it will give you the Wikipedia page.

READ
Volkswagen Data Being Sold On A Hacking Forum

Mark an Event or Meeting on Your Calendar

You can also use Siri to put a meeting or event on your calendar. This event will also show up on your notification center on the designated day, making it easy to keep track of your meetings. Just ask her to “schedule a meeting” to get started.

I use Siri for setting reminders more than anything. I’ve found it to be great at keeping me more organized. It’s as simple as saying “Remind me to take out the trash tomorrow at eight AM.”

I often discover new uses for Siri based on how friends use her. Soon after it was released, a friend was over and used Siri as a timer to cook eggs. Just say “Timer two minutes” and she’ll give you a countdown.

Siri can also keep you from oversleeping. Just ask her to “wake you up in two hours” if you need a good power nap. This feature can be really handy if you are traveling, just make sure you are setting the alarm at the hotel and not trying to take that power nap while you are driving.

Siri’s helpfulness can also be as simple as taking a note. “Note that the average wing speed velocity of an unladen swallow is twenty-four miles-per-hour.” Any note that you take, including Monty Python trivia, will be stored in the Notes app.

Siri also does lists. You can create a list by simply saying, “create grocery list.” After a list is created, you can add things by saying, “add tomatoes to grocery list.” The list is stored in the Reminders app and items will have a checkbox next to them so you can mark them off as completed.

Use Siri as a Calculator

Another often overlooked feature that falls into the ‘answer questions’ category is the ability to use Siri as a calculator. This can be a simple request of “What is six times twenty-four” or a practical query like “What is twenty percent of fifty-six dollars and forty-two cents?” You can even ask it to “Graph X squared plus two”.

Perhaps the greatest trick while traveling, Siri can translate from English into many other languages, which will keep you from fumbling through a phrase book or looking for a specific translation app. Just say, “Translate where is the restroom into Spanish.”

Putting addresses in your contact list may sound like a lot of work, but it could have a huge productivity bonus. Certainly, addresses can be used to make finding directions much easier. “Get direction to Dave’s house” is much easier than giving Siri the full address. But you can also set yourself reminders. “Remind me to give Dave his birthday present when I get to his house” actually works, but you’ll need to have reminders turned on in your location services settings. (Don’t worry, Siri will point you in the right direction the first time you try to use this feature. Isn’t she nice?)

As part of the hands-free features, you can easily place phone calls (“call Tom Smith”) and send text messages (“text Sally Jones”) to your contacts. If you have a contact with multiple phone numbers such as a work phone and a mobile phone, you can place one of them in your favorites list and Siri will use it by default.

Siri can also pull up recent email messages and send an email. You can tell her to “Send Email to Dave about The Beatles and say you’ve got to check this band out.” You can break this into chunks by saying “Send Email to Dave” and she’ll ask for the subject and body of the Email, but the keywords “about” and “say” will let you put everything in your original request.

You can actually use Siri’s voice dictation just about anywhere that you can type. The standard on-screen keyboard has a microphone button. Tap it and you can dictate rather than type.

Similar to launching an app, Siri can control your music. You can tell her to play a song, an album or a playlist. “Play awesome eighties mix playlist.” You can also tell her to “turn shuffle on” or “skip this song.”

Find a Place to Eat

The best thing about Siri is that when you ask it to “recommend a restaurant”, it sorts them by their Yelp rating. This makes narrowing down your choice quite easy. You can also specify a specific type of food such as “find nearby pizza places.”

Don’t want to get stuck in a traffic jam? You can ask Siri to check nearby traffic to see what roads are congested. This works great when your iPhone is connected to your car via CarPlay.

Is Siri having a problem pronouncing one of the names in your contacts list? If you edit the contact and add a new field, you will see the option to add a Phonetic First Name or Phonetic Last Name. This will help you teach Siri how you pronounce the name.

My accent is so thick that even phonetic spellings don’t always help. This is where nicknames really come in handy. In addition to searching contacts by name, Siri will also check the nickname field. So if Siri has a problem understanding your wife’s name, you can nickname her the “little woman”. But if you think there’s a chance she’s ever going to see your contacts list, make sure you use “love of my life” rather than “old ball and chain”.