December 9, 2022 1 min read
By using our website, you agree to the use of our cookies.
Learn more Got it!
> FEATURED > When To End A Long Distance Relationship 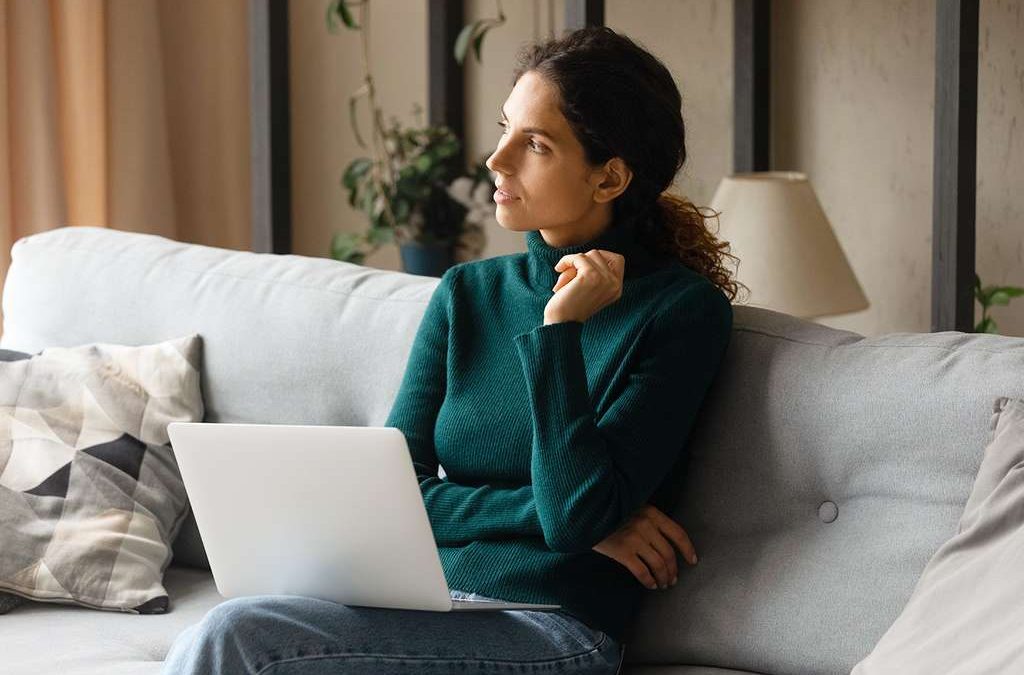 When To End A Long Distance Relationship

Long-distance relationships are emotional rollercoasters. One moment, you’re laughing and flirting over FaceTime. Next, you’re wondering if they still love you because they didn’t respond to the clever emoji you sent the night before.

Without being near each other, it’s difficult to feel a relationship’s pulse. How can you tell when things are actually over? Here’s when to let go of a long-distance relationship.

Why are long distance relationships so hard?

Long-distance relationships are hard, and that’s not just because of the distance. Relationships get harder when couples can’t read each other’s body language.

According to Amy Anderson, the founder, and CEO of Linx Dating, long-distance relationships deteriorate when communication falls off. And keeping the relationship alive takes more than texting more often, or texting better.

“After so many texts, you can miss important nuances and forget the little personality quirks that make your partner unique,” Anderson said. “The point is to make the distance seem more like a slight inconvenience than a real barrier.”

Anderson recommended frequent phone calls and video chats instead of text messages. Even snail mail might spice things up a bit.

“People who do not put a premium on communication in a long-distance relationship are going to potentially jeopardize things,” she said.

Are all long distance relationships doomed to fail?

“In many cases, long-distance relationships can absolutely work,” Anderson said, “but you must put the work into them to make that happen.”

When to let go of a long distance relationship

When is it time to call it quits in a long-distance relationship? The basic answer is when it’s no longer fulfilling to one or both of you. According to Anderson, that happens when one person stops prioritizing the other.

“You stop making being accessible a top priority and seemingly create more barriers to meeting up,” Anderson said.

One of you keeps canceling your weekly Zoom calls because something—work, friends, etc.—came up. The excuse doesn’t matter. The key thing to watch out for is the frequency and carelessness of excuses.

“If you find yourself slipping out of the regular routine that you once prioritized, where you communicated daily and made a serious effort to see one another,” Anderson said, “then you need to take multiple steps back and evaluate why you are behaving this way and if it is time to create closure and end the LDR.”

Signs your long distance relationship is over

There isn’t one clear red flag that indicates when to let go of a long-distance relationship, but Anderson pointed out 10 signs to watch for.

You or your partner stops maintaining regular, consistent communication

Communication is critical to any relationship, but even more so for long-distance relationships when physical intimacy isn’t available.

“Without regular, honest communication, the foundation is not there to have a healthy relationship,” Anderson said.

Being accessible is no longer a top priority

When you or your partner consistently prioritize other things over each other, it may be time to move on. That’s true in any relationship, but doubly so in an LDR.

You no longer feel a spark

While it’s common for the “honeymoon phase” to wind down, still feeling some sparks with your partner is important.

“At least an ember that could spark into a flame with some TLC,” Anderson said. “Without this, the relationship will likely fade and dissolve.”

One of you wants to cut travel expenses

“When you want to see your partner, you do what it takes, even if you might feel stretched financially,” Anderson said.

But when one of you has the money but still won’t prioritize traveling to see your partner, your LDR has issues.

You daydream about finding someone local

If you find yourself thinking more about the positives of being with someone nearby, Anderson said that could be a sign your long-distance relationship is over.

You can’t set an end date

If you don’t have any plans to meet up, at least temporarily, that’s perhaps the biggest sign the long-distance relationship is over.

“Whether it’s a short trip or a long holiday, all that matters is that you two know you have definitive plans to be together,” Anderson said.

Realistically, no relationship can be long-distance forever. End dates don’t have to be specific. They can be as vague as “once I figure out school” or “when I find a job there.” But if you can’t even manage to speak in those general terms, it’s probably not going to work out.

You look up exes on social media

When a relationship is on its last legs, seeking comfort is common—and exes fit the bill because they’re familiar. When things are getting rough with a long-distance relationship, one of you might start scrolling through your phone to see what your ex is up to, and that’s a bad sign for the longevity of any LDR. Either that or the person isn’t over their ex.

“It’s never a good sign if you’re daydreaming about your ex or wondering what he/she is up to by looking at their social media,” Anderson said. “They moved on, but have you?”

The romance is over

“Courtship, chivalry, and romance are the foundation of a healthy, vibrant, sensual relationship,” Anderson said.

If the phone calls with your long-distance relationship have become routine check-ins about their day or week with little to no intimacy, flirting or romance, things aren’t looking good.

Laughter and levity are zapped

“Humor and lightness are key to a balanced relationship,” Anderson said, “and making an LDR work means you need to have some fun. Without injecting some humor and joy, your LDR could seem onerous and taxing instead of fun, bright and playful.”

You’re irritated when your partner contacts you

This should go without saying, but if you find your partner is upset every time you call, that’s a bad sign.

Communication need not be constant—even people in LDRs need their space at times—but if each notification prompts a groan or eye roll, that’s a sign things are likely over.

20 Factors To Consider Before Buying A Smart Phone