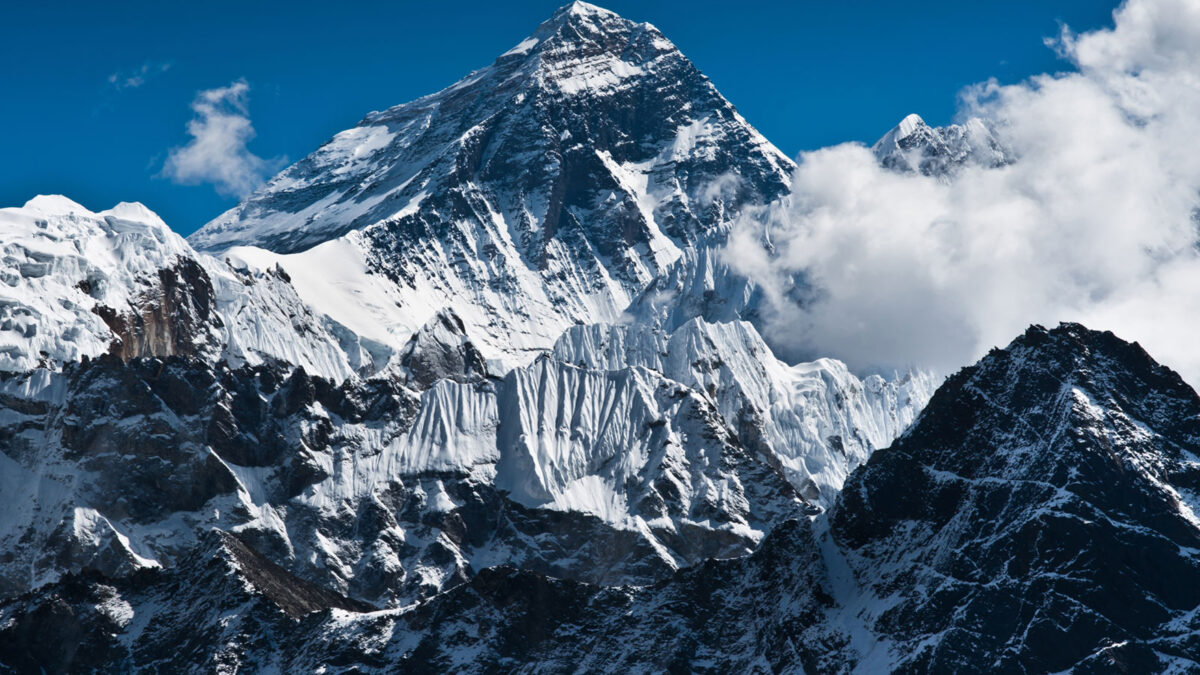 The revised height of Mt Everest, the world’s highest peak, is 8,848.86 meters, which is .86 meters more than its previous height of 8,848 centimeters.

Nepal and China jointly announced the revised height of Mt Everest on Tuesday ending all speculations about the height of the world’s highest peak after the devastating earthquake of 2015.

“We are extremely pleased to make a joint announcement (with China) of the new height of Mt Everest, that is 8,848.86 meters,” Nepal’s Minister of Foreign Affairs Pradeep Gyawali said at the program in Kathmandu on Tuesday.

The government of Nepal had decided to measure the exact height of the summit amid emerging concerns that its height might have changed due to various reasons, including the 2015 earthquake.

A meeting of the Council of Ministers on November 25 this year had given the go-ahead for the announcement.

Nepal had started re-measuring the world’s tallest peak in 2017. Nepal’s survey team led by Khim Lal Gautam had climbed the Mt Everest on May 22, 2019, and installed the global positioning system (GPS) equipment and ground-penetrating radar at the peak.

The Survey Department under the Ministry of Land Management, Cooperatives and Poverty Alleviation measured the height taking two years and spending Rs 130 million.

China’s Foreign Minister Wang Yi expressed the happiness over the announcement saying, “China-Nepal relationship would strengthen further in the days to come.”

Nepal and China were at odds over the height of Mt Everest after the northern neighbor unilaterally announced the height of Everest as 8,844.04 meters in 2015, which was against the globally accepted height of 8,848 meters.

The two countries did not even sign the boundary protocol since then owing to the differences in the height of Everest.

It should be noted that the previous height (8,848 meters) of Mt Everest was announced after the measurement done by the Survey of India in 1954.

The previous height was determined by the Survey of India using the trigonometric method.

This is the first time that Nepal and China agreed to announce the height of the peak, ending controversies since it was first measured in 1849 by the British.

The two sides had agreed to jointly announce the height of Mt Everest during Chinese President Xi Jinping’s Nepal visit in 2019.

It should also be noted that Nepal had in 2011 announced to measure the peak’s height as a “national pride” project. However, the project did not move forward due to a lack of funds and internal political instability.

Nepal is home to eight of the world’s 14 measuring 8,000-metre and above peaks, including Mt Everest.

So far, as many as 6,507 mountaineers have successfully climbed Mt Everest from the Nepal side since Tenzing Norgay Sherpa and Edmund Hillary of New Zealand, first set foot atop the world’s highest peak in May 1953.