February 7, 2023 2 min read
By using our website, you agree to the use of our cookies.
Learn more Got it!
> HEALTH > Kids Going CROSS-EYED After Spending Too Much Time On Smart Phones : Study 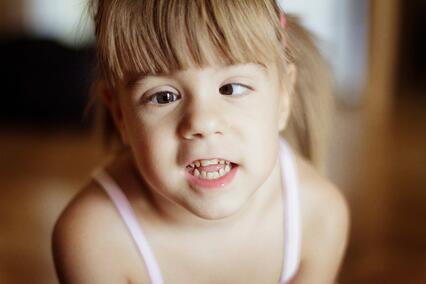 Scientists are warning parents about the dangers associated with too much cell phone use. Children holding mobile phones too close to their face are at increased risk of becoming cross-eyed with the condition affecting children who use phones four to eight hours per day. While smartphones may seem like an easy way to keep young children entertained, doctors and researchers say that there are ways to utilize smartphones without increasing your child’s risk of eye damage.

Researchers in South Korea have confirmed most parents’ fears with their research which has concluded time spent on phones can be seriously damaging. Youngsters who excessively use their phones are at greater risk of temporary convergent strabismus – or going ‘cross-eyed’ the new study says.

Experts at Chonnam National University Hospital, Seoul, found a link between the two after examining 12 children, aged seven to 16, who used their phones for four to eight hours a day. And the handling of the phone also made a difference as the study showed those who held their mobile 12 inches from their faces were at greater risk.

Children between the ages of 7 and 16 who spend four to eight hours each day on a smartphone device were most likely to become cross-eyed. The reason for the temporary eye change is believed to result from the fact that the average child held the smartphone just eight to 12 inches from their face. This, according to the study researchers, causes the eyes to focus inward, resulting in the child’s eyes temporarily crossing.

Fortunately for the children, it was revealed that doctors were able to reverse the side-effects of cell phone usage by discontinuing the use of smartphones for two months. Though eye problems are reversible, doctors and researchers note that they are also preventable. In order to prevent temporary convergent strabismus in a child’s eyes, it is suggested that cell phone use be limited to 30-minute intervals followed by a break for the eyes. Additionally, children should be encouraged to hold smartphones further from the face, preventing the eyes from needing to turn inward to focus.

• Get them outdoors. Optometry Australia recommends that all parents try and balance ‘screen time’ with ‘green time’

• Parents should show their children the right distance to hold a device – they should make a fist, stick that on their chin and hold the book or phone as far away as their elbow.

• Limit screen time to no more than one hour a day for young children.

• Teach your kids to blink and encourage them to take frequent screen breaks.

Optometry Australia says that parents should watch for the following signs: