September 18, 2021 1 min read
By using our website, you agree to the use of our cookies.
Learn more Got it!
> NEWS > Joe Biden Wins The 2020 US Presidential Election 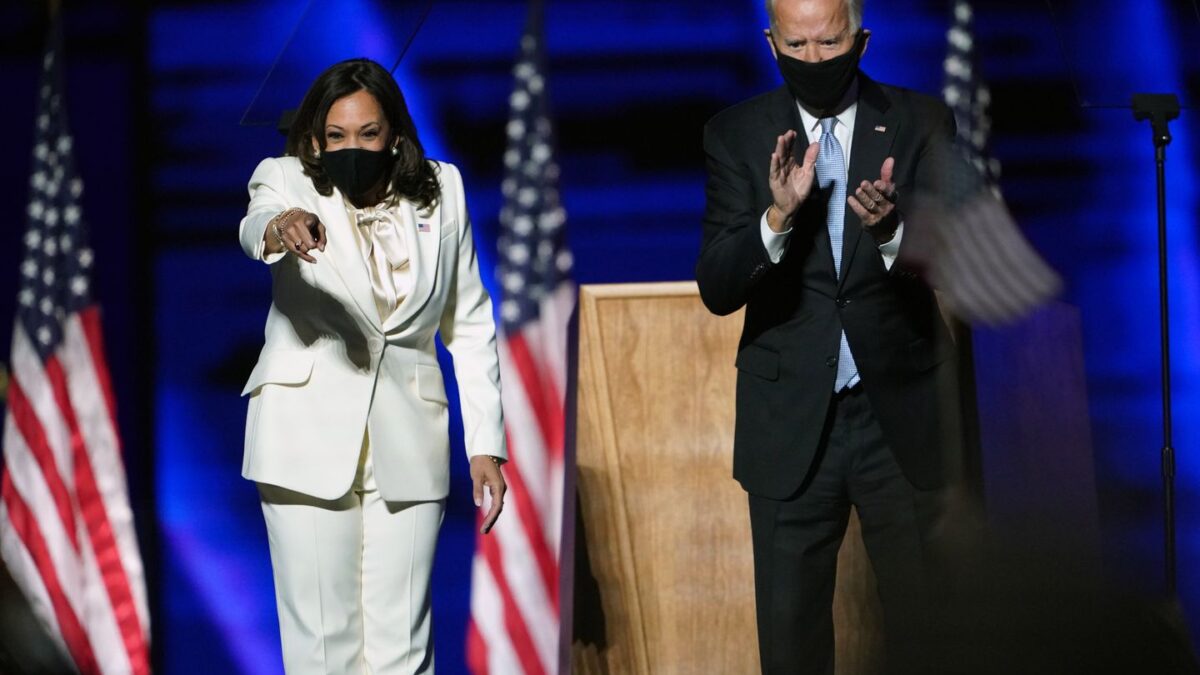 America has chosen Democrat Joe Biden as its 46th president

In a victory speech Saturday night in his hometown of Wilmington, Delaware, Biden said he was humbled by the trust America had placed in him and reached out to those Americans who did not vote for him.

“I understand the disappointment tonight. I’ve lost a couple of times myself. But now, let’s give each other a chance,” Biden said. “This is the time to heal in America.”

California Sen. Kamala Harris, his running mate, who will make history as the first woman, the first Black person and the first person of South Asian descent to become vice president, noted the significance of her place on the stage Saturday night.

“While I may be the first woman in this office, I will not be the last, because every little girl watching tonight sees that this is a country of possibilities,” Harris said.

Earlier in the day, the vice president-elect posted a video on Twitter of her victory call with Biden: “We did it, we did it Joe. You’re going to be the next President of the United States.”

Biden’s victory in the battleground state of Pennsylvania put him over the threshold of 270 Electoral College votes he needed to clinch the presidency, ending four days of nail-biting suspense and sending his supporters into the streets of major cities in celebration.

“The people of this nation have spoken. They have delivered us a clear victory, a convincing victory,” Biden told cheering supporters in a parking lot during his victory speech in his home town of Wilmington, Delaware.

“I pledge to be a president who seeks not to divide, but to unify,” he said, then addressed Trump’s supporters directly.

He was introduced by his running mate, U.S. Senator Kamala Harris, who will be the first woman, the first Black American and the first American of Asian descent to serve as vice president, the country’s No. 2 office.

“What a testament it is to Joe’s character that he had the audacity to break one of the most substantial barriers that exists in our country, and select a woman as his vice president,” Harris said.

Congratulations poured in from abroad, including from conservative British Prime Minister Boris Johnson, Canadian Prime Minister Justin Trudeau and German Chancellor Angela Merkel, making it hard for Trump to push his repeated claims, without evidence, that the election was rigged against him.

Trump, who was golfing when the major television networks projected his rival had won, immediately accused Biden of “rushing to falsely pose as the winner.”

“This election is far from over,” he said in a statement.

Trump has filed a raft of lawsuits to challenge the results but elections officials in states across the country say there has been no evidence of significant fraud, and legal experts say Trump’s efforts are unlikely to succeed.

As the news of his win broke, loud cheers erupted in the halls of the hotel where aides to the former vice president were staying.

Cheers and applause were also heard around Washington, with people emerging onto balconies, honking car horns and banging pots. The wave of noise in the nation’s capital built as more people learned of the news. Some sobbed. Music began to play, “We are the Champions” blared.

Case Filed Against TikTok Over Collection Of Children’s Data

What’s New In Samsung Galaxy S20 and S20 Plus