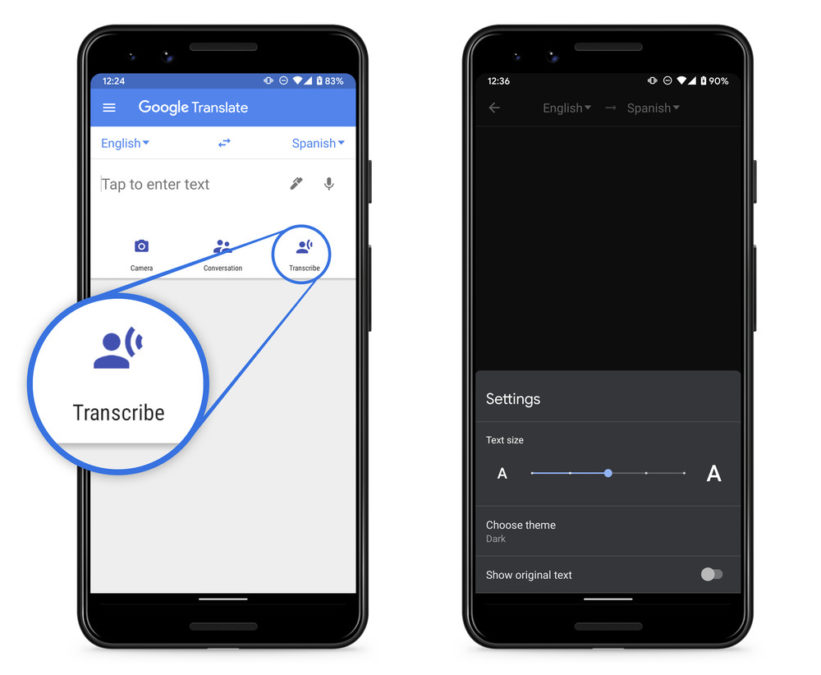 Google just announced that the company’s Translate app is getting a killer new feature: real-time transcription. This new functionality is rolling out over the next few days, and it should be available to all Android users by the end of the week.  Currently, it supports English, French, German, Hindi, Portuguese, Russian, Spanish and Thai.

To enable transcription, you just need to press the Transcribe button in the updated Google Translate app.

Google Translate’s voice option has always been able to convert spoken words from one language into another. But, until now, the transcriptions have struggled in longer form scenarios. Real-time transcription makes Google Translate more suited for sharing stories, videos, lectures, etc.

Google says the new transcription feature will be Android-only at launch, but the company has plans to bring it to iOS at some point in the future. It should show up as its own “transcribe” option in the app after you’ve updated it. Google also says you’ll be able to pause or restart the transcription by tapping the mic icon as well as change the text size and customize dark theme options in the Translate settings menu.