December 9, 2022 1 min read
By using our website, you agree to the use of our cookies.
Learn more Got it!
> IT NEWS & UPDATES > AWS Brings macOS Instances On EC2 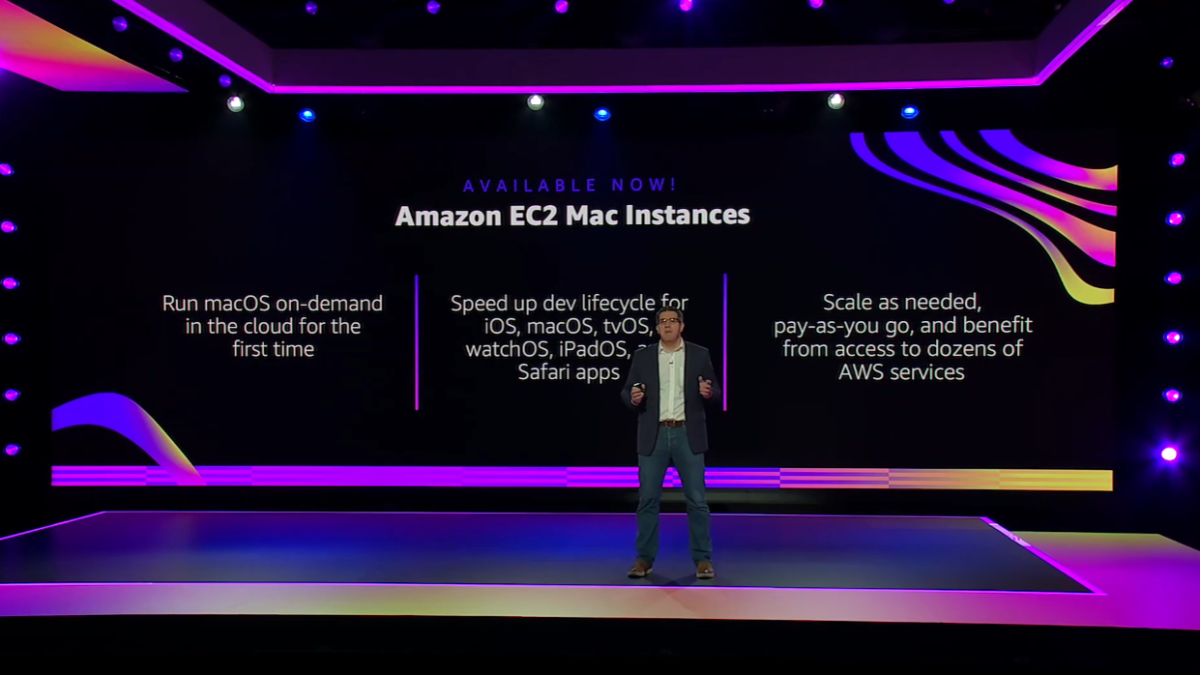 Amazon Web Service (AWS) announces the Mac mini to its cloud. These new EC2 Mac instances, as AWS calls them, are now available in preview.

The instances will use a combination of Mac mini hardware and the AWS Nitro abstraction layer, which will allow macOS 10.14 Mojave and 10.15 Catalina instances to consume other AWS services such as S3, EBS, and EFS.

“The instances feature an 8th generation, 6-core Intel Core i7 (Coffee Lake) processor running at 3.2 GHz, with Turbo Boost up to 4.6 GHz.”

Unlike with other EC2 instances, whenever you spin up a new Mac instance, you have to pre-pay for the first 24 hours to get started. After those first 24 hours, prices are by the second, just like with any other instance type AWS offers today.

AWS will charge $1.083 per hour, billed by the second. That’s just under $26 to spin up a machine and run it for 24 hours. That’s quite a lot more than what some of the small Mac mini cloud providers are charging (we’re generally talking about $60 or less per month for their entry-level offerings and around two to three times as much for a comparable i7 machine with 32GB of RAM).

The macOS instances are available today in US East in North Virginia and Ohio, US West in Oregon, Europe in Ireland, and Asia Pacific in Singapore.

HP Says It Is Windows 11 Ready

How To Protect Your Child From Online Grooming