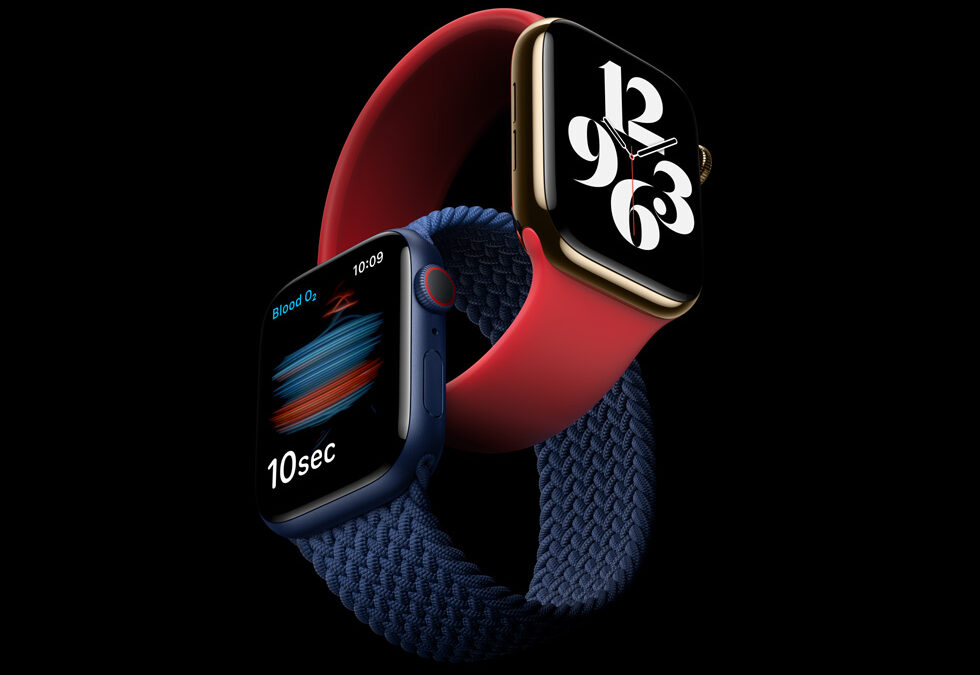 Apple Watch Series 6 delivers many notable hardware improvements, including a faster S6 System in Package (SiP) and next-generation always-on altimeter, along with its most colorful lineup yet, featuring a beautiful palette of new case finishes and bands.

Apple Watch Series 6 expands the health capabilities of previous Apple Watch models with a new feature that conveniently measures the oxygen saturation of the user’s blood, so they can better understand their overall fitness and wellness.

Oxygen saturation, or SpO2, represents the percentage of oxygen being carried by red blood cells from the lungs to the rest of the body, and indicates how well this oxygenated blood is being delivered throughout the body.To compensate for natural variations in the skin and improve accuracy, the Blood Oxygen sensor employs four clusters of green, red, and infrared LEDs, along with the four photodiodes on the back crystal of Apple Watch, to measure light reflected back from blood.

Apple Watch then uses an advanced custom algorithm built into the Blood Oxygen app, which is designed to measure blood oxygen between 70 percent and 100 percent. On-demand measurements can be taken while the user is still, and periodic background measurements occur when they are inactive, including during sleep. All data will be visible in the Health app, and the user will be able to track trends over time to see how their blood oxygen level changes.

READ
Social Media App Parler Is Back Online After A Month Of Downtime
FEATURED, IPHONE

Here's How To Download And Install iOS 14 And iPadOS 14

Important Factors To Consider Before Choosing A Web Host