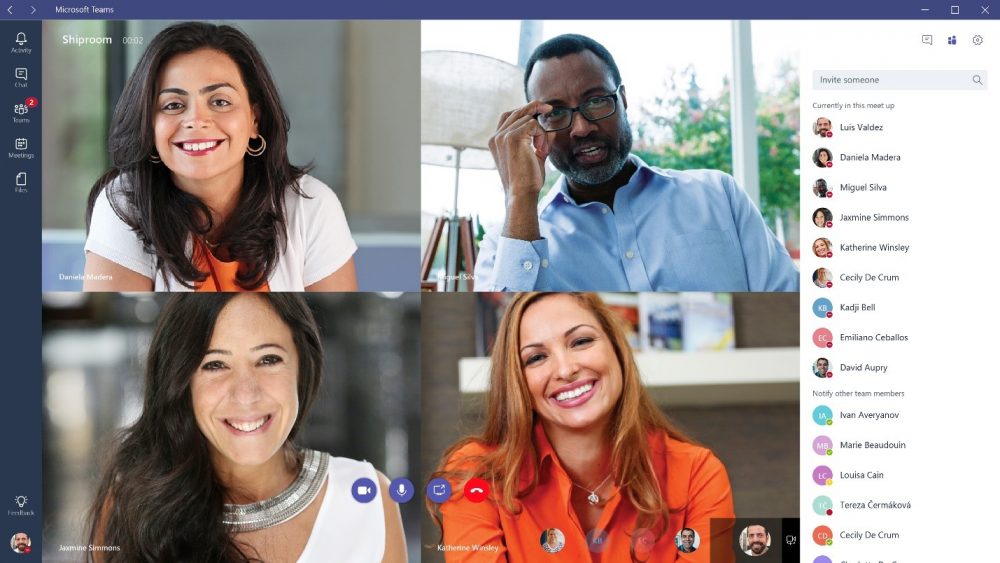 Last month Microsoft said that, “We have seen an unprecedented spike in Teams usage, and now have more than 44 million daily users,* a figure that has grown by 12 million in just the last seven days. And those users have generated over 900 million meeting and calling minutes on Teams each day this week”.

Microsoft also has 258 million paid seats for Office 365, which includes access to Microsoft Teams. It’s clear the company still has some way to go to convince its existing Office user base to switch to Teams. Still, it’s possible nearly 30 percent of its Office 365 paid seats are using Teams already. That all depends on how many people are using the free version of Microsoft Teams right now, and Microsoft isn’t breaking down those numbers just yet.

Microsoft Teams was launched three years ago. Teams is a place where user can meet, chat, call, and collaborate all in one place. As the COVID-19 outbreak continues to push people everywhere into remote work and learning, enabling remote work and remote learning has never felt more important. Microsoft said that “we are grateful for the opportunity to stand by our customers at such an extraordinary time.”

READ
Google Removes 3 Android Apps For Children, With 20M+ Downloads Between Them, Over Data Collection Violations
FEATURED, IT NEWS & UPDATES