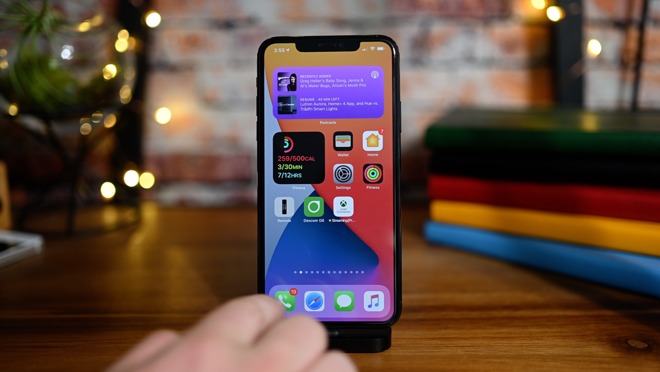 iOS 14.5 brings exciting new features to iPhone, including the ability to unlock iPhone with Apple Watch while wearing a face mask, more diverse Siri voices, new privacy controls, skin tone options to better represent couples in emoji, and much more. iOS 14.5 builds on the reimagined iPhone experience introduced in iOS 14, and is available today as a free software update.

Apple users can use their Apple Watch to securely unlock iPhone when attempting to use Face ID while wearing a face mask. With Apple Watch on the wrist, unlocked, and in close proximity to iPhone, users can simply glance at their iPhone and they will receive haptic feedback from Apple Watch, indicating their iPhone has been unlocked. The new feature works with iPhone X and later and Apple Watch Series 3 and later.

With iOS 14.5, Siri no longer has a default voice, allowing users to choose the voice that speaks to them when they first set up their device, and in English, users can now select more diverse voice options. These new Siri voices use Neural Text to Speech technology for an incredibly natural sound.

During setup, Siri offers two more diverse voice options and no longer has a default, giving users a way to select the one that speaks to them.

App Tracking Transparency requires apps to get the user’s permission before tracking their data across apps or websites owned by other companies for advertising, or sharing their data with data brokers. Apps can prompt users for permission, and in Settings, users will be able to see which apps have requested permission to track so they can make changes to their choice at any time.

iOS 14.5 introduces an exciting update for the couple kissing emoji and couple with heart emoji with the ability to select different skin tones. Additional emoji include characters for face exhaling, face with spiral eyes, face in clouds, hearts on fire, mending heart, and woman with a beard, among others.

Report An Incident In Apple Maps

Maps users in the US and China can now safely and easily report an accident, hazard, or speed check along their route by telling Siri on iPhone or CarPlay. During navigation, users can let Siri know “There’s a crash up ahead” or “There’s something on the road,” or even report that incidents displayed on the map have been cleared.

This feature is designed to keep drivers hands-free and focused on the road. Incidents can also be reported or cleared by passengers using “Report an Issue” in Maps. In addition, Maps users can now share their ETA when walking or cycling to let friends and family know what time they might arrive. CarPlay users can initiate the Share ETA feature using new Siri or keyboard controls.

iOS 14.5 will also perform a recalibration of your phone’s battery. This will show the battery’s health more accurately and can take a few weeks to complete. This feature is only available on the 11-series iPhones.

How Secure Are QR Codes?

How To Download Almost Any File Type On iPhone