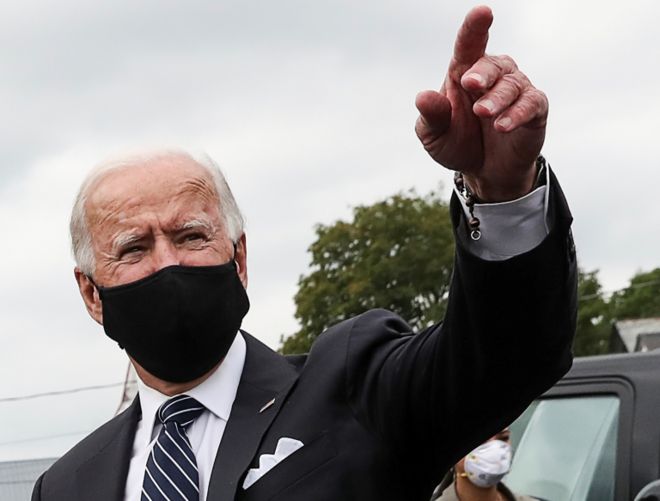 Of the battleground states Florida offers the biggest share of the electoral college votes needed to win.Mr Bloomberg already spent $1bn this year trying to defeat Mr Biden to become the Democratic challenger.

Donald Trump has hinted he will spend his own money in the state ahead of early voting opening on 24 September. Both campaigns are keen to appeal to voters who may be casting their votes early by post and set the tone of the final weeks of their campaigns.

Postal voting is expected to be double that seen in 2016 as the coronavirus pandemic spurs voters to avoid polling stations.

Florida offers 29 of the 270 electoral college voters needed to win the election. Only California (55) and Texas (38) offer more but are seen as safe Democrat and Republican territory respectively. President Trump won Florida in 2016, while Democrat Barack Obama took the state in 2012.