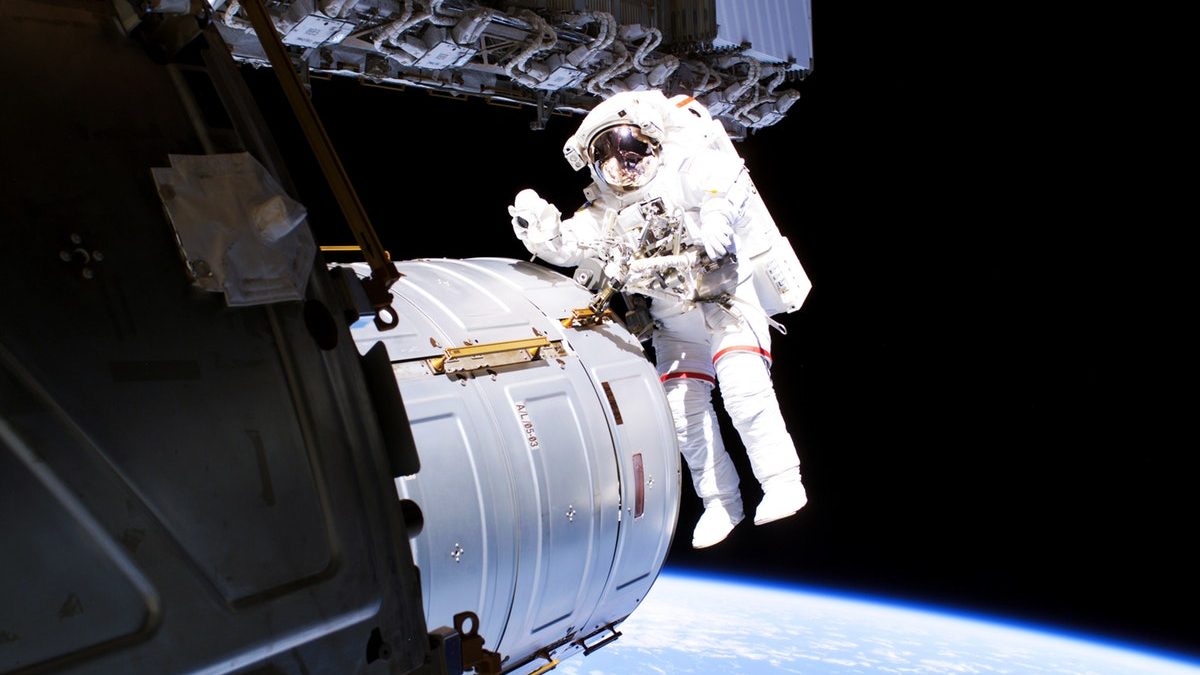 A space suit is a garment worn to keep a human alive in the harsh environment of outer space, vacuum and temperature extremes. Spacesuits are often worn inside spacecraft as a safety precaution in case of loss of cabin pressure and are necessary for extravehicular activity (EVA), work done outside spacecraft. Spacesuits have been worn for such work in Earth orbit, on the surface of the Moon, and en route back to Earth from the Moon.

Modern space suits augment the basic pressure garment with a complex system of equipment and environmental systems designed to keep the wearer comfortable and to minimize the effort required to bend the limbs, resisting a soft pressure garment’s natural tendency to stiffen against the vacuum. A self-contained oxygen supply and environmental control system is frequently employed to allow complete freedom of movement, independent of the spacecraft.

Three types of space suits exist for different purposes: IVA (intravehicular activity), EVA (extravehicular activity), and IEVA (Intra/extravehicular activity). IVA suits are meant to be worn inside a pressurized spacecraft, and are therefore lighter and more comfortable. IEVA suits are meant for use inside and outside the spacecraft, such as the Gemini G4C suit. They include more protection from the harsh conditions of space, such as protection from micrometeorites and extreme temperature change. EVA suits, such as the EMU, are used outside spacecraft, for either planetary exploration or spacewalks. They must protect the wearer against all conditions of space, as well as provide mobility and functionality.

Some of these requirements also apply to pressure suits worn for other specialized tasks, such as high-altitude reconnaissance flight. At altitudes above the Armstrong limit, around 19,000 m (62,000 ft), water boils at body temperature and pressurized suits are needed.

The first full-pressure suits for use at extreme altitudes were designed by individual inventors as early as the 1930s. The first space suit worn by a human in space was the Soviet SK-1 suit worn by Yuri Gagarin in 1961.

An astronaut suit does cost a fortune. It’s approximately 12 million US dollars. However, you can say that it’s expensive, but really, the suit is worth every penny. It weighs 21 kilograms and comes built with several costly materials and diverse layers. It also takes years to make a single suit.

Spacesuits: Facts Everyone Needs To Know