Home > FEATURED > What Is Cyberbullying? And How To Stop It 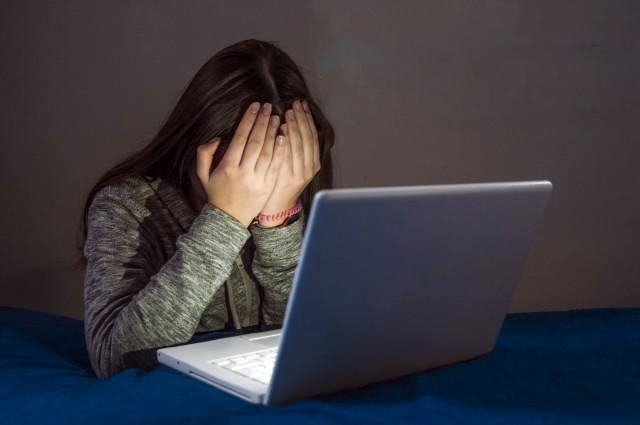 Cyberbullying is bullying with the use of digital technologies. It can take place on social media, messaging platforms, gaming platforms, and mobile phones. It is repeated behavior, aimed at scaring, angering, or shaming those who are targeted. Examples include:

Face-to-face bullying and cyberbullying can often happen alongside each other. But cyberbullying leaves a digital footprint – a record that can prove useful and provide evidence to help stop the abuse.

Cyberbullying can be just as hurtful as other types of bullying, and in some ways it can actually be worse. Cyberbullying is not limited to the playground; it can occur anytime children are online, even if they’re at home. Also, the bully can sometimes remain anonymous, which can make bullying more difficult to stop.

Cyberbullying can take many forms. Below are some examples of things that can be considered cyberbullying:

When bullying happens online it can feel as if you’re being attacked everywhere, even inside your own home. It can seem like there’s no escape. The effects can last a long time and affect a person in many ways:

READ
Here's Everything Coming To Netflix In November 2020

The feeling of being laughed at or harassed by others, can prevent people from speaking up or trying to deal with the problem. In extreme cases, cyberbullying can even lead to people taking their own lives.

Cyberbullying can affect us in many ways. But these can be overcome and people can regain their confidence and health

Cyberbullying is often done by children, who have increasingly early access to these technologies. The problem is compounded by the fact that a bully can hide behind a pseudonymous user name, disguising his or her true identity. This secrecy makes it difficult to trace the source and encourages bullies to behave more aggressively than they might in a situation where they were identified.

Digital technology offers users the ability to continuously connect with others (via direct messaging, online chatrooms, social networking sites) at any given time of the day or night. Furthermore, most of the information shared electronically can be permanently stored and public to a wider audience, if not removed or reported promptly. This immediate and lasting line of communication allows perpetrators to persistently harass their target, leaving them feeling vulnerable and powerless.  51 percent of children globally reported that cyberbullying was done by a classmate and with such behavior often translating into the offline world, children find little to no relief from cyberbullying.

How To Stop Cyberbullying

Here’s a look at a cyberbullying by the numbers and the top 10 ways to stop bullies in their tracks.

The vast majority, 90%, of teens agree that cyberbullying a problem, and 63% believe this is a serious problem. Unfortunately, most teens also believe that schools, politicians and social media companies are failing to address the problem.

The good news is that most teens also feel that their parents are effective allies. Still, it’s on parents to be vigilant and reach out to their children if their perceive a possible problem. Often, teens will hesitate to tell parents or other adults if they are the victims of cyberbullying. Often, this lack of communication stems from embarrassment or fear. Victims worry that teachers and parents won’t be able to stop the abuse, and that the harassment will only worsen once the bully finds out that they’ve told an adult.

If you believe that your child is being bullied, or is a bully, it’s critical for you to reach out immediately. Look for practical ways to address the issue, such as involving school administrators and/or a therapist or by contacting social media sites directly.

In some cases, bullying crosses the line from aggravation to criminal harassment or threats. A 2018 study found that children and young adults who are the victims of cyberbullying are more than twice as likely to engage in self-harm or attempt suicide.

The tragedy has become all too familiar: Channing Smith, Gabbie Green. Dolly Everett. And suicide is only one of a plethora of possible bad outcomes. But you can change that starting today. Read one learn some quick ad effective techniques to helping your family protect against and overcome cyberbullying.

There is no time to hesitate if you believe that your child is the victim of cyberbullying. Reach out to your child immediately. Save all posts, messages and communications from the bully by taking screenshots, or photos on your smartphone, in addition to recording the time and date and any other relevant information. Bring everything to the school administration and consider involving the police if you feel that things have crossed the line.

A 2018 survey of children’s online behavior found that approximately 60% of children who use social media have witnessed some form of bullying, and that, for various reasons, most children ignored the behavior altogether.

In order to combat this, a mix of acknowledgment and avoidance is recommended. Those observing the attacks must be willing to report problems to friends, family members or teachers. While those being bullied are often better off ignoring the attacks rather than responding. The goal of any bully is to goad his or her victim into anger, in effect “getting to” the target and making him or her acknowledge ridiculous claims or malicious statements.

Many adults believe social media sites are the likely stages for the bullying behaviors, and they’re right. But, with 95% of teens now using smartphones, there’s a far greater scope of potential harm. Bullying can occur on Facebook, Twitter and Instagram, or through Snapchat, emails and texts coming directly from bullies.

In addition to almost ubiquitous smartphone access, 45% of teens report near constant online activity, harassment too can become almost constant. With the rapid changes in technology, it’s imperative to continuously monitor your children’s mobile devices and their online behavior to stay ahead of any potential threats.

A cyberbullied child looks the same as any adolescent—often unwilling to talk about his or her day or disclose personal information. But you should be on the lookout for other signs that your child is the victim of cyberbullying, like a loss of interest in favorite activities, an unexplained decline in grades, skipped classes, symptoms of depression and changes in sleeping or eating habits.

While any of these may be indicative of multiple concerns, be especially alert if also notice a sudden lack of interest in using the computer or a tendency to become upset after being online or using their smartphone. Or in the case of a child who is the aggressor, extreme anger if you take his or her phone or computer privileges away.

In the cases of Izzy Dix and Gabbie Green, bullies were able to set up a fake Facebook profiles for the victims opening up a whole new level of abuse. It’s important for you and your teen to be diligent when it comes to their online posting behavior.

It’s also good idea to limit the number of personal photos and information that your child posts. Make sure they understand how to create secure passwords and to change them regularly. Bullies have been known to hack or “hijack” victims’ profiles to post rude and offensive comments. Likewise, teens should always set their social media profiles to “private” and ignore messages from people they don’t know altogether.

Don’t Get Turned Around

As noted by dosomething.org, some victims do fight back against bullies, and then become bullies themselves. While this may seem like one way to solve the problem, what often happens is a “sort of back-and-forth between victim and aggressor” which tends to continue, and escalate, the behavior.

Make sure to educate your teen about being respectful of others’ feelings and privacy online. Tell your child that you understand the impulse to retaliate, but that in the long-term it’s best to not get involved in that way.

It’s important to stand together and look for long-term solutions to cyberbullying. In 2015 Canada passed a bill into law that made it illegal to distribute images of a person without their consent, and allows police to obtain a warrant for information about internet users based on “reasonable grounds to suspect” an offense has been perpetrated.

The bill wasn’t perfect, but it became a road map for future legislation to keep kids safe on the internet. Meanwhile, in the US, laws vary by state, so it’s important to understand your rights and escalate things to the proper authorities if they become out of hand.

What Is Google Fi ?

How To Avoid Getting A Virus On The Internet