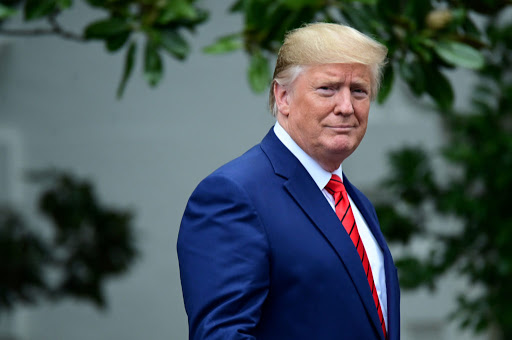 FILE PHOTO: U.S. President Donald Trump arrives for a photo opportunity with sheriffs from across the country on the South Lawn of the White House in Washington, U.S., September 26, 2019. REUTERS/Erin Scott/File Photo
FEATURED, IT NEWS & UPDATES

Twitch has temporarily banned President Donald Trump, in the latest surprise and high-profile suspension from the streaming service. Trump’s account was banned for “hateful conduct” that was aired on stream, and Twitch says the offending content has now been removed, theverge reported.

One of the streams in question was a rebroadcast of Trump’s infamous kickoff rally, where he said that Mexico was sending rapists to the United States. Twitch also flagged racist comments at Trump’s recent rally in Tulsa.

“Like anyone else, politicians on Twitch must adhere to our Terms of Service and Community Guidelines. We do not make exceptions for political or newsworthy content, and will take action on content reported to us that violates our rules,” a Twitch spokesperson told The Verge. The statement was originally issued last year when Trump’s channel was launched.

The suspension arrives a week after Twitch swore it would crack down on harassment within the community following reports of assault and harassment from streamers. It’s a sign that Twitch may be starting to take moderating streams a lot more seriously. The racist language it banned Trump for is often allowed on other platforms due to his role as a politician and president of the United States.

READ
How To Take Control Of Your Digital Identity?
Via theverge
FEATURED, IT NEWS & UPDATES

Always Use VPN For Online Banking | Here’s Why ?