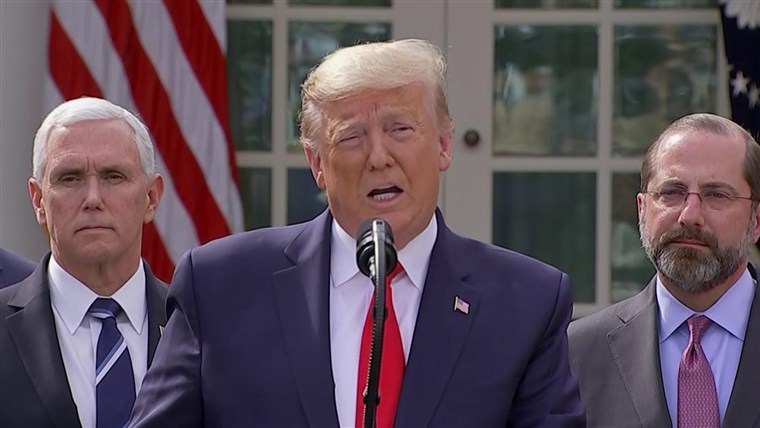 President Donald Trump has tested negative for the coronavirus, according to a statement from the White House.

Trump took the test on Friday, he said during a Saturday news conference, after coming into recent contact with two individuals who have tested positive for the virus.

“Last night after an in-depth discussion with the President regarding COVID-19 testing, he elected to proceed,” according to the statement about the results released by press secretary Stephanie Grisham with Trump’s permission. “One week after having dinner with the Brazilian delegation in Mar-a-Lago, the President remains symptom-free.

I have been in daily contact with the CDC and White House Coronavirus Task Force, and we are encouraging the implementation of all their best practices for exposure reduction and transmission mitigation.”Trump said Saturday he had also had his temperature taken Saturday before entering the White House briefing room.

The President told reporters that his temperature was normal.The White House physician had previously said in a memo that the President “remains without symptoms, testing for COVID-19 is not currently indicated.”

What Is Bandwidth Throttling ?