July 31, 2021 2 min read
By using our website, you agree to the use of our cookies.
Learn more Got it!
> ANDROID > Tips & Tricks About Android You Probably Don’t Know 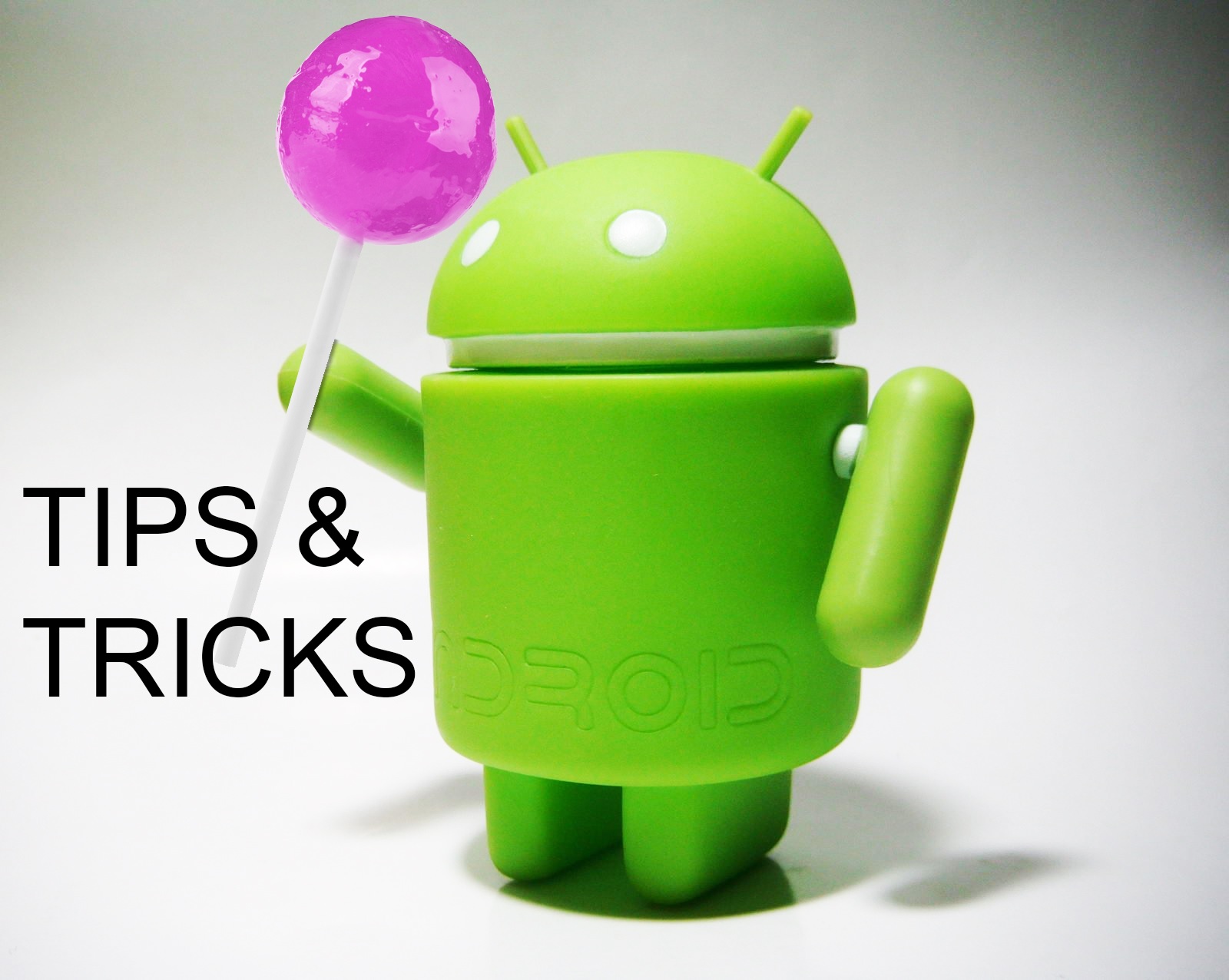 If you use a smartphone, chances are it’s an Android. Not only are there multiple phone makers that embrace the operating system – including the likes of Samsung, HTC, LG, Moto, Sony, and so on – but it’s by far the world’s no. 1 mobile platform with a whopping 88 percent market share, according to Strategy Analytics. Here are some tips and tricks you probably don’t know about Android.

Ok, this is one of the more widely known tricks, but it’s important nonetheless, so we are going to include it. 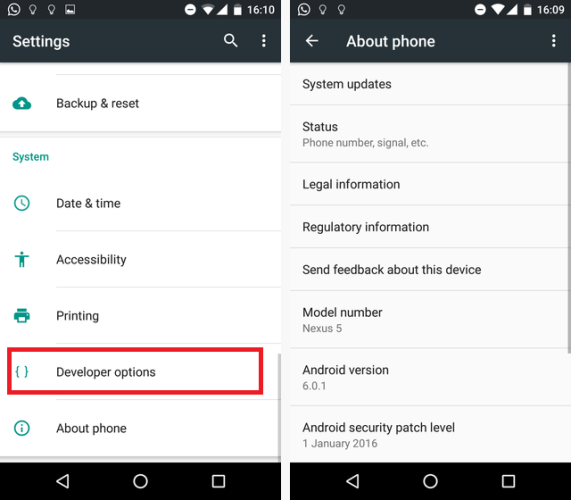 Navigate to Settings > About phone and tap on your phone’s build number seven times. You’ll get an onscreen countdown, eventually followed by a message saying “Congratulations, you are now a developer”.

For the most part, the latest Android phones already feel very snappy. However, after the latest Nexus 5X only shipped with 2GB of RAM, some users were left feeling a bit underwhelmed by Google’s hugely popular product line.

There are also lots of popular entry-level phones that come with slower processors and only 1GB or 2GB of RAM.5 Ways Cheap Android Smartphones Beat the Flagships 5 Ways Cheap Android Smartphones Beat the FlagshipsWho says you need the latest and greatest (and most expensive) smartphone out there? The cheaper alternatives are actually really good. Let us show you.

Go to Settings > Developer options and scroll about two thirds of the way down the list to find the necessary options (you’ll need to have first enabled Developer Mode).

It’s annoying when a link opens in a certain app rather than in the browser. It could be a YouTube link, a tweet, or a Facebook page — you’ll end up waiting around while your phone shuts down Chrome (or your browser of choice) and fires up something else. It’s easily fixed.

Go to Settings > Apps and find the app that keeps opening. Once there, scroll down to Open by default, press it, and then select Clear Defaults.

If that doesn’t work, try doing the same with your browser app as well.

Oddly, how to quickly switch between WiFi networks is not very obvious. Sure, you can go to Settings > Wi-Fi and change it there, but there has to be a faster way, right?Improve Your Android Wi-Fi Experience With These Handy Android Apps Improve Your Android Wi-Fi Experience With These Handy Android AppsPublic wireless networks are becoming more and more prevalent within towns and cities, providing an excellent alternative to running up a large data usage bill on 3G or 4G. Often public Wi-Fi is “free”, 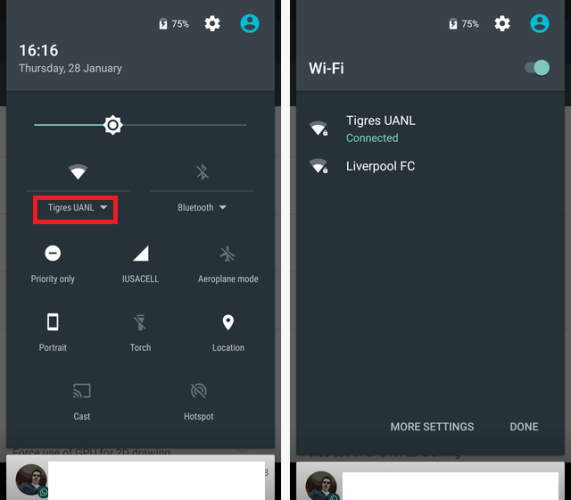 Swipe down twice from the top of your screen to open the Quick Settings menu, and instead of pressing on the WiFi icon (which disables it), instead press on the network’s name. You’ll immediately be given a list of all the networks in your vicinity.

Speaking of the Quick Settings menu, did you know you don’t actually need to double swipe in order to  access it? Instead, a simultaneous two-finger swipe will have the same effect.

If so, you can easily mirror your Android’s screen (and individual apps) by using the cast function. Just open the Quick Settings menu and hit Cast. Your device will find your Chromecast (assuming it’s on the same local network), and you’re good to go. 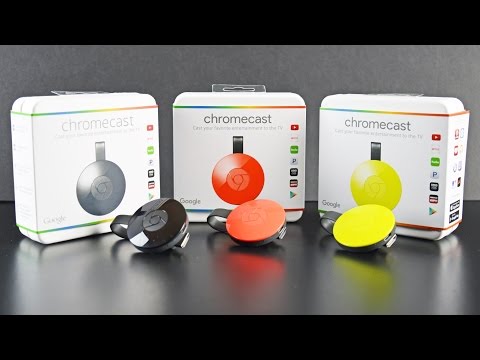 It’s great for playing games on a larger screen, showing off photos to family and friends, or playing your music through a louder set of speakers. Though many apps, like YouTube, have a dedicated cast button within the app.

Do you keep getting an annoying app notification, but you’re not sure which app is causing it? There is an easy solution — just long-press on the notification in question, and your device will tell you.

Moving on one step further from the previous tip, after you’ve long-pressed the app you’ll see an information icon. Press it, and you’ll be presented with the notification settings for the app in question. 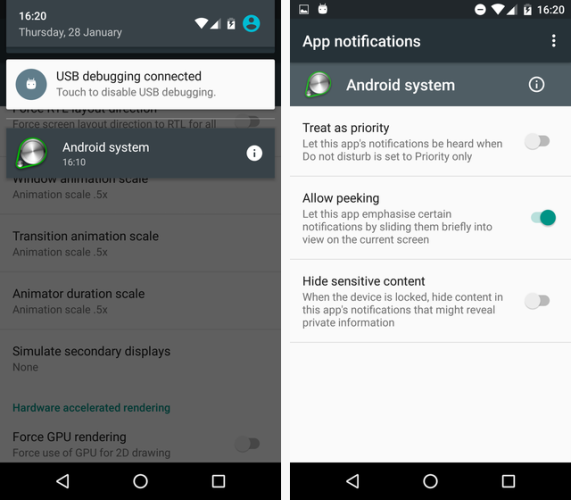 You can do things like block all its notifications, allow it to override priority mode, and make it hide private information.

In short, it allows you to put your phone into quiet mode, but still allow some “noises” to get through. This could be calls, texts, or WhatsApps from specific contacts, notifications from certain apps, or important alerts such as alarms. To set it up, go to Settings > Sound & Notification > Do not disturb, then select the options that you require. It can be quickly toggled on and off from the Quick Settings menu.

Ever need to use Google Maps one-handed? (No, not while you’re driving!) Just double tap the screen and swipe up and down to zoom in and out — it’s a lot less fiddly than trying to pinch your fingers and hold your phone at the same time! 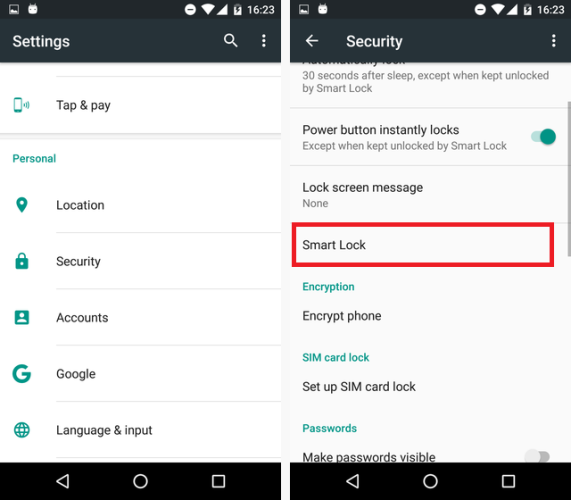 It can use GPS, certain networks, your face, or even your voice to prevent your phone from locking itself, making for a much faster and hassle-free experience. Head to Settings > Security > Smart lock to set it up.

If you have kids using your phone regularly, this is a great way to make sure they don’t accident run up huge bills or set their eyes on content that is age-inappropriate. Firstly, you’ll need to enable the feature (oddly, it is turned off by default). Do that by going to Settings > Security and scrolling down to Screen pinning. To pin a screen, open the app, press the Overview button (the square) and then the pin icon. You can choose to PIN-protect the pinned screen, if you so wish.

Another well-known Android Easter egg among old-timers, the secret game might not be so obvious to newcomers.10 Fun & Surprising Operating System Easter Eggs 10 Fun & Surprising Operating System Easter EggsFind hidden hilarity and otherwise odd stuff, built right into the operating system you’re using. They’re hiding in plain site, in software you use every day, and when you find them you’ll be delighted

Lollipop and Marshmallow’s game is based on Flappy Bird; it has the same gameplay principle but has had an Android-themed makeover graphics-wise. 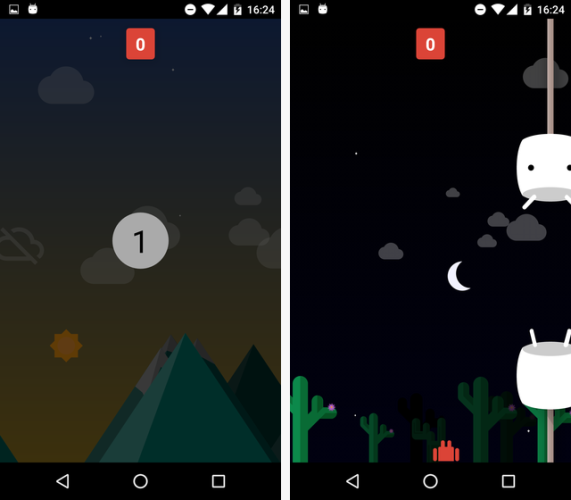 Head to Settings > About phone and tap the device’s version number several times. Eventually you’ll be presented with an on-screen lollipop or marshmallow depending on your operating system. Continue to rapidly tap the center of it and the game will launch.

Few Internet Safety Rules & What Not to Do Online

How To Protect Your Android Device From Viruses