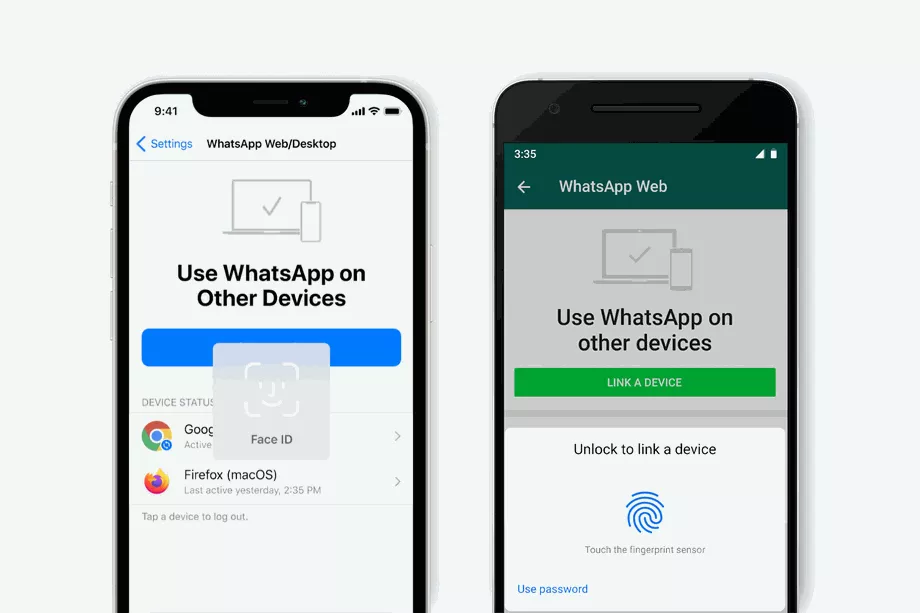 WhatsApp Adds Biometric Authentication for Logging in on Desktop

WhatsApp, the Facebook-owned popular messaging app is adding a new biometric feature to the service to bring in a new authentication layer for those using its web and desktop versions. If you’ve got biometric authentication enabled on your phone, you’ll have to unlock the app before you can link your account.

The company said that from today, it will let people add in a fingerprint, face, or iris scan to use WhatsApp on desktop or web by linking it to your mobile app, to be used alongside the existing QR code authentication.

Today we’re starting to roll out a new security feature for WhatsApp Web and Desktop: face and fingerprint unlock when linking devices.

WhatsApp does not see your face or fingerprint data.

The new system will be enabled by default on any iPhone devices running iOS 14 with either Touch ID or Face ID, and any Android devices that have biometric authentication enabled.

WhatsApp says that the new update should be rolling out for compatible devices in the coming weeks.

How To Prevent Your Phone From Being Hacked?

Raspberry Pi 400 Is A Compact Keyboard With Built-In Computer

You Can Now Send Payments In India With WhatsApp