September 30, 2022 1 min read
By using our website, you agree to the use of our cookies.
Learn more Got it!
> IT NEWS & UPDATES > Samsung Presents New Watch Experience With A Sneak Peek Of One UI Watch 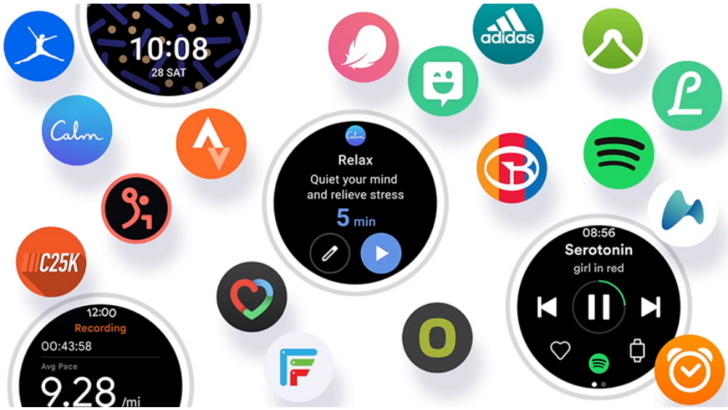 The new interface is designed to make the Galaxy Watch and smartphone experience more deeply connected. Samsung also confirmed that One UI Watch will be available for Galaxy Watch on the new, unified platform it jointly built with Google, bringing performance enhancements, a more seamless experience between the Watch and Android smartphones, and access to an even greater number of applications. Samsung further revealed that its upcoming Galaxy Watch will be the first to feature the new unified platform and One UI Watch, which will make its debut at the Unpacked event later this summer.

“To unlock the full potential of these wearables, we’re leveraging our long legacy of mobile innovations and our partnerships with trusted industry leaders who have grown with us in our open ecosystem,” said Patrick Chomet, EVP and Head of Customer Experience Office, Mobile Communications Business at Samsung Electronics. “Through these efforts, we will enrich our smartwatch experience and convenience of the Galaxy ecosystem for our consumers.”

One UI Watch together with the new unified platform will create an entirely new Galaxy Watch experience. As part of the new experience, once you install watch-compatible apps on your smartphone, they will be swiftly downloaded onto your smartwatch. If you’ve customized your clock app on your phone to show the time in different cities around the globe, this will be automatically reflected on your watch as well. And if you block calls and messages from your watch, they will now be blocked on your smartphone, too.

READ
'Oxenfree II: Lost Signals’ Game Will Not Release Before 2023

The unified platform will open up new features and integrations with popular third-party apps available to download from Google Play directly on your Galaxy Watch. So, whether you’re a sports and fitness fanatic who wants to get more out of apps like Adidas Running, GOLFBUDDY Smart Caddie, Strava and Swim.com, a wellness seeker who wants to live a more balanced lifestyle with apps like Calm or Sleep Cycle, a music lover who revels in discovering new artists on Spotify and YouTube Music, or an intrepid explorer ready to roam with Google Maps—there’s something for everyone, thanks to a diverse range of partners.

“Samsung and Google have a long history of collaboration and whenever we’ve worked together, the experience for our consumers has been dramatically better for everyone,” said Sameer Samat, Vice President of Product Management, Android and Wear, Google. “That certainly holds true for this new, unified platform, which will be rolling out for the first time on Samsung’s new Galaxy Watch. In collaboration with Samsung, we’re thrilled to bring longer battery life, faster performance, and a wide range of apps, including many from Google to a whole new wearable experience.”

In addition, Samsung will bring an improved watch face design tool, making it easier than ever for designers to create new watch faces. Later this year, Android developers will be able to unleash their creativity and release fun, new designs that will be added to Samsung’s ever-growing collection of watch faces to give consumers even more options for customizing their smartwatches to suit their mood, activity and personality.

READ
Instagram Is Back Online After A Brief Outage

FaceTime Is Coming To Android And Windows Via The Web