February 7, 2023 2 min read
By using our website, you agree to the use of our cookies.
Learn more Got it!
> HEALTH > Never Sleep With Your Phone in the Bed | Here’s Why 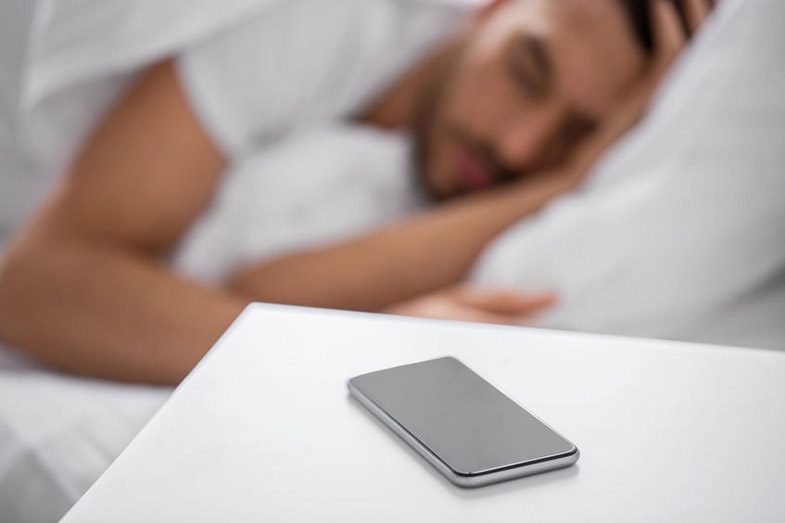 Have you ever fall asleep while scrolling newsfeed on your smartphone—or purposely leave it on your bed while you snooze? Then You’re not alone: 44% of cell phone owners have snoozed with their phone next to their bed to make sure they didn’t miss any crucial calls or texts, according to the Pew Internet Project. But while you may have good intentions, snuggling up to your phone could be hazardous to your health.

Radio frequency energy has also been linked to lower sperm counts, and less mobile sperm.Scientists haven’t revealed any definitive health effects of using mobile phones, but people wanting to reduce their risk anyway should avoid keeping their mobile phone nearby when sleeping, said the Department of Health.

A Texas teen recently woke up to a burning smell. The cause? Her Samsung Galaxy S4, which was under her pillow, had partially melted and it scorched her sheets and mattress, too. More specifically, it seems like a non-Samsung replacement phone battery was to blame: the phone’s instruction manual warns against using incompatible cell phone batteries and chargers. The manual also notes that there’s a risk of a fire if the gadget is covered by bedding or other thick material. Bottom line: Stick to phone accessories from the original manufacturer, and don’t leave your cell on your bed.

When a phone sends signals to a tower, the radio frequency energy goes from the phone’s antenna out in all directions, including into the head and body of the person using the phone. Cell phones work by sending and receiving signals to and from cell phone towers.

Reduce or avoid using phones when it only has one or two bars of signal, the California Department of Public Health said. When the signal is weak, the phone sends out more radio frequency energy to boost its connection to signal towers

Don’t sleep with your phone in your bed or near your head. Unless the phone is off, or in aeroplane mode, keep it at least a few feet away from your bed. People could also reduce their risk of brain cancer by carrying their phones in a bag or purse – not in their pockets. It is, therefore, advisable to shut down all electronics two hours before bedtime. And if possible, keep phones and laptops in another room while you sleep.

Yahoo Announces All Content on Yahoo Groups Will Be Permanently Removed

A Parents’ Guide To Internet Safety For Kids