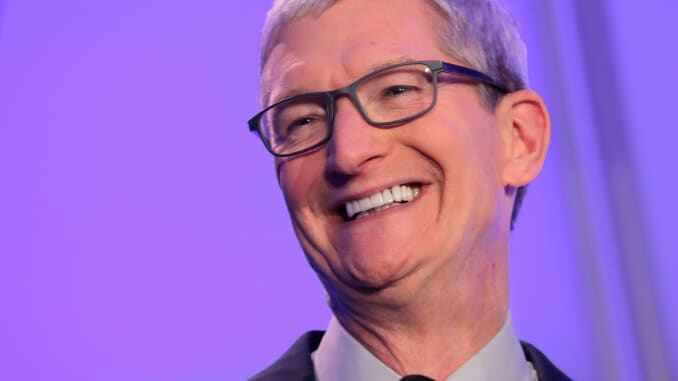 Apple First US Company To Be Valued At $2TN

The tech giant Apple has become the first US company to be valued at $2tn (£1.5tn) on the stock market.It reached the milestone just two years after becoming the world’s first trillion-dollar company in 2018.

Its share price hit $467.77 in mid-morning trading in the US on Wednesday to push it over the $2tn mark. The only other company to reach the $2tn level was state-backed Saudi Aramco after it listed its shares last December.

But the oil giant’s value has slipped back to $1.8tn since then and Apple surpassed it to become the world’s most valuable traded company at the end of July.

The iPhone-maker’s shares have leapt more than 50% this year, despite the coronavirus crisis forcing it to shut retail stores and political pressure over its links China.

In fact, its share price has doubled since its low point in March, when panic about the coronavirus pandemic swept the markets.

Tech firms, which have been viewed as winners despite lockdowns, have seen their stock surge in recent weeks, even though the US is in recession.

Apple posted strong third quarter figures towards the end of July, including $59.7bn of revenue and double-digit growth in its products and services segments.

The next most valuable US company is Amazon which is worth around $1.7tn.

“The last few months have underlined the importance of users and households alike to own better quality devices, connections and services and with Apple’s strong broad portfolio of devices and a growing services offering, there are plentiful opportunities for future growth.”

He said the arrival of gigabit connectivity broadband would offer Apple “endless possibilities”.

“All eyes are now on the eagerly anticipated 5G iPhone which will fuel further consumer demand,” he added.

Microsoft and Amazon follow Apple as the most valuable publicly traded US companies, each at about $1.6tn. They are followed by Google-owner Alphabet at just over $1tn.

Via bbc
FEATURED, IT NEWS & UPDATES

Google Is Rolling Out A Feature Called 'Visual Improvements' In Maps

Top 5 Tips To Protect Your Webcam From Hackers