December 9, 2022 1 min read
By using our website, you agree to the use of our cookies.
Learn more Got it!
> IT NEWS & UPDATES > Negative Effects Of Internet On Students And Teenagers 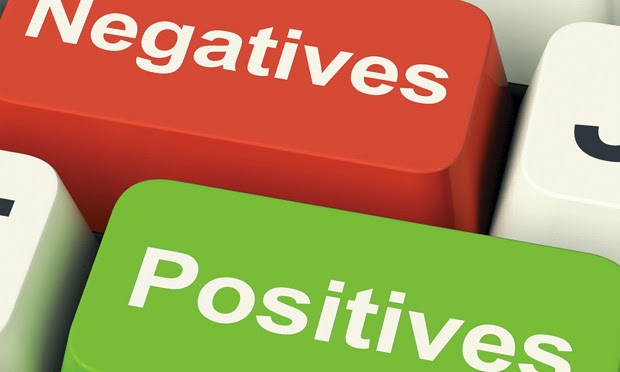 Internet is a useful tool in technology era. However, it still remains many negative aspects if it is abused by people especially student and children. According to the study by Stephen Siwek businesses that are related directly to the Internet created approximate $966 billion in 2014 for the US economy. However, there is a rising concern developing along with the growth of this global system. It is about the negative effects of Internet.

Students need the internet more than other people due to their educational or research needs. The rate and type of the internet use may affect their information-seeking behavior too.

The lack of control over information sources, security leaking or internet addiction is mentioned more frequently than ever.  Never in the past did the negative effects of Internet receive as much as attention in comparison to this century. So, what exactly are these problems and how do they affect our society. Here are  negative effects of internet on children and students that people should know

Online games on the internet can be addictive to teenagers, children, and adults. This can take away your precious time that should be used for other things more productive.

In addition, they are addicted to an extreme level. Maybe it is the social networking websites or the gambling ones that they use excessively on the net. This internet addiction can result in disruption of the development of their mental at such young age

Lack Of Face To Face Communication

It sounds quite ironic when the lack of face to face communication is mentioned as one of the negative effects of Internet because the Internet is supposed to bring people closer. But the fact is that somehow many people find it easier to communicate through the Internet instead of the traditional direct way. They prefer to discuss over Messenger, Viber or other apps available on the Internet.

According to The Washington Post survey and its result, about 6% of participants replied that their relationships got hurt as a consequence of excessive Internet use. It is believed that some people who prefer online chatting because it somehow separates them from the real world.

Unsuspecting internet users may easily become a victim of criminal elements who interfere with the emails or do something with the credit card information. Fooling or phishing other people into believing that websites owned by criminals are legitimate resulted in millions of money lost for these misleading business transactions

The lack of creativity in teenagers and students is also another one of negative effects of Internet rooting from its benefits. One significant feature of Internet is the unlimited sources of information. This feature benefits users by quick access to needed info at ease. However, when everything is available, there is no need for creativity.

Cyber bullying is basically a term to describe the bullying using the Internet. This disadvantage can be considered as one of the evilest negative effects of Internet. It is never easier for haters to give ugly words toward a person. Celebrities or some kinds of people in protected class are often the victims of cyber bullying. This type of harassment is safer and easier than physical bullying because there is hardly any regulation or law to control the problems.

The excessive using of anything always creates side effects. The Internet is not an exception. When students and teenagers use of Internet is too much, the abandonment of family will occur as one of the negative effects of Internet.

The tragedy of a couple in Korea will be the most appropriate example for this effect because they were so busy with their virtual baby and forget about their real baby. Finally, this poor baby died of hunger and of the abandonment of his parents. When people spend most of their time on surfing the Internet, they become insensitive to the real life and people around them, including members of their own family.

Occurring due to the free information flow of Internet, privacy threat is one of the negative effects of Internet that you should know about. Teenagers exchange their picture, private information or personal chat every day in social networking. Many students even update their ID number, their class number and other information relating to personal security.

They are not fully aware of the risk privacy threat that their information can be easily approached by strangers and be misused. Their privacy stands a risk of being disrupted and hindered.  Therefore, keep in mind that not everything is exchangeable on the Internet. For your best benefits and to stay away of these negative effects of Internet, be careful with all the private information you upload and make sure who is available to reach your information.

Insomnia is a sleeping disorder that happens when people are not able to rest or sleep. And the powerful global system, the Internet, somehow is one of the reasons for insomnia. It cannot be denied that teenagers and students are sticking with the Internet all day. They take advantages of any time possible to browsing the Internet, even the sleeping time. Just after several days, they stay up late to check their Facebook or Instagram, it will become a habit and believe me, it is not easy to get rid of it. Moreover, the green light from the computer screen or other types of electronic items can keep you away from your sleep. We all know that staying up late is not good for our health. When the body cannot have enough time to rest, many health problems will appear.

How To Emotionally Connect In A Long Distance Relationship