December 9, 2022 1 min read
By using our website, you agree to the use of our cookies.
Learn more Got it!
> FEATURED > 11 Long Distance Relationship Tips 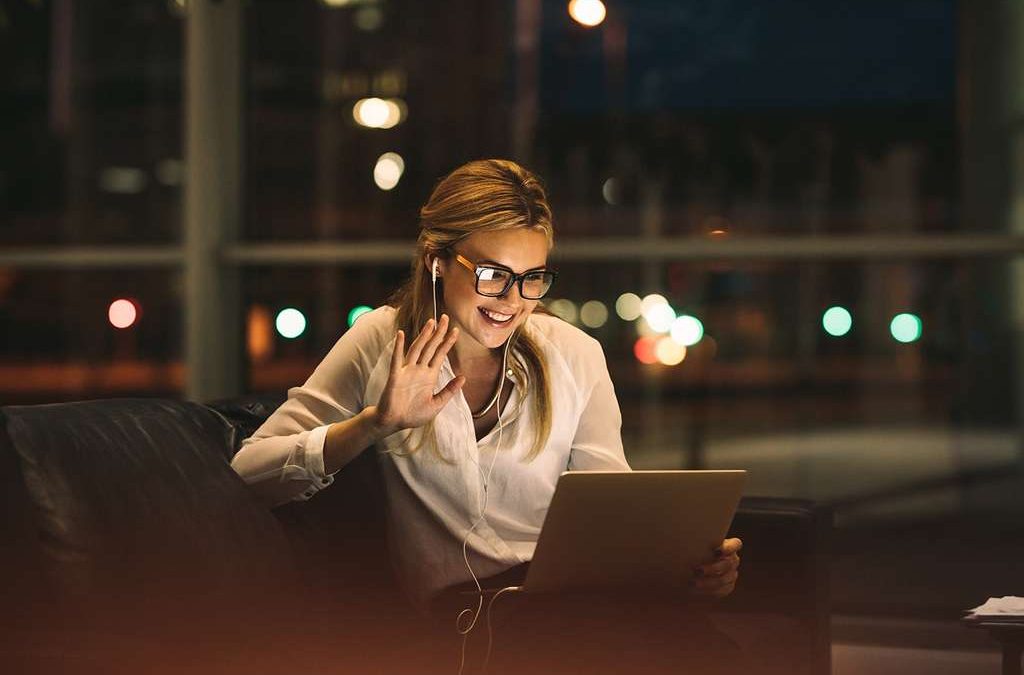 Long-distance relationships are becoming more common each year. Decades ago, many people wouldn’t have been able to fathom the thought of dating someone who lived hundreds of miles away.

But thanks to the rise of technology and the ubiquity of video chatting services like FaceTime and Skype, more people than ever are dating from afar—and they’re looking for long-distance relationship tips to ensure their arrangement ends in success.

Over half of long-distance relationships work out—research has shown 58% end in success. Emily Waddell, 23, is part of that 58%. She began dating her fiancé, Jake, right before their senior year of high school in Dallas. She attended college in Nashville, Tennessee, while he went to college in Oklahoma. Despite four years apart, the couple stayed together.

For Trevor Jones (name changed for privacy), long-distance proved to be much more challenging. The 26-year-old met his girlfriend while the two attended college in Arizona. Upon graduating, he took a summer position in Northern California, while she took a summer internship in Salt Lake City.

The two stayed in touch throughout the summer and planned to reunite after their temporary jobs ended. However, Jones said communication proved difficult for them; plus, the couple developed different views about where their lives would take them.

“We decided to call it quits,” Jones said. “It was mostly a mutual decision. I can’t say I’m happy with the outcome, but I did believe it was the right thing to do at the time.”

If you’re dating someone from a distance and hoping for a successful outcome, continue reading for the best long-distance relationship tips from experts.

What is a long-distance relationship?

(Note: It almost goes without saying, but before meeting someone from the internet in person for the first time, it’s important to take steps that may make you feel more confident that you’re not being catfished—looking them up on social media, running an online people search, etc.)

For other couples, like Jones and his partner, it’s a temporary arrangement for a few months. And for some couples, like Waddell and her fiancé, it’s a multi-year commitment because college, work or a sick family member who needed care pull partners in different directions.

Long-distance relationships are also common for military couples, as well as couples in which one partner frequently works out of town.

KIIROO surveyed 1,000 people who’d been in long-distance relationships and found that people experienced many of the same challenges. These included things like lack of physical intimacy, insecurity that their partner would meet someone else, feelings of loneliness, not enough money to visit one another, and differences in opinion regarding how to communicate.

The following long-distance relationship tips can help you and your partner successfully date from afar.

1. Have a communication strategy in place.

When Waddell and her fiancé saw each other for the first time after being apart for three months, she said they both felt like no time at all had passed, partially because they made a point of talking on the phone every night.

“Communication and trust are crucial in any relationship, but they are particularly crucial to making a long-distance relationship work,” Mark said.

She recommends having a plan in place surrounding communication expectations. This could include things like establishing whether you’ll text throughout the day, when you’ll FaceTime, if you’ll always text “good morning” and “good night,” etc. “It is very important so that neither of you are left wondering when you’ll speak again,” Mark said.

2. Always have a plan for when you’ll see each other next.

It can be hard to remain positive and optimistic in a long-distance relationship when you don’t know if or when you’ll see your partner again.

“It’s important to have a plan in place for when you’ll next see one another face to face,” Mark said.

3. Talk about how long you expect to be apart.

Mark said it’s important for both parties to be on the same page regarding long-term expectations. Is long-distance your plan for several years? Or, is it something you’re just doing for a few months until your circumstances change?

Talk with your partner about these expectations before diving into a long-distance arrangement.

4. Establish the long-term goals of the relationship.

“If one person is very marriage-minded and hopes to settle down in the near future and have children, but the other person is very keen on traveling for a few years and not getting into anything serious, it’s important to be aware of that mixed agenda,” Hercman said.

Differing long-term goals contributed to Jones’ breakup. “Communication issues, as well as changing priorities, had planted seeds of doubt in both of our minds,” he said.

5. Be open to alternative forms of communication.

Research shows the average long-distance couple will talk or video chat on the phone for eight hours per week and send 343 texts each week.

A relationship thrives when both partners are good at communicating. Mark said it’s crucial to be open to nontraditional forms of communication, such as sending your partner something special in the mail or using new forms of technology.

“Being open to alternative ways of connecting with your partner is crucial to the success of a long-distance relationship,” she said.

Stacey Aldridge, LCSW, a therapist based in Jackson, Mississippi, said that when it comes to long-distance relationships, jealousies and insecurities tend to be amplified.

She cites an example of a client in a long-distance relationship who stayed home from social engagements—even if she didn’t have plans to talk to her partner—because she knew he was jealous and would make numerous attempts to contact her if she was out with friends.

“Just as this would be a red flag in an in-person relationship, it’s also a red flag in a long-distance relationship,” Aldridge said. “When people are not living in the same city or in some cases the same country, even more trust is necessary to ensure both people can feel secure while not attempting to control or modify their partner’s social behavior.”

7. If possible, have a strong foundation in place before going long-distance.

Waddell believes her long-distance relationship succeeded in part because it was built on a strong foundation. The couple became friends during their freshman year of high school, then began dating during their senior year.

8. Save big conversations for in-person meetings.

Hercman said that although texting and emailing are crucial components of a successful long-distance relationship, there’s a reason why things often get lost in translation: Eye contact, tone, body language and facial expressions are all essential for optimal communication.

“Save your discussions about big topics for when you can speak to each other ’live,’ either when video chatting or in person,” she said.

9. Don’t be afraid to go on dates and court each other from afar.

Just because you aren’t physically by one another doesn’t mean you can’t spend time together, Hercman said.

“Set up your video chat while you each have a cup of coffee or dinner together, and chat about your day,” she said. “Don’t just wear your pajamas or an oversized college sweatshirt—put on clothes you feel good in and would wear out.”

10. Get creative about communication.

Jones said in addition to texting and calling, he and his partner mailed each other letters and postcards. Although texting and emailing can be great, there’s something special about a handwritten note. Plus, if your relationship survives, you’ll have a collection of romantic letters to look back on.

Waddell said another perk of being apart from her fiancé was that they were both able to grow on their own. “If we had gone to college together, we probably would’ve been together 24/7,” she said. “But since we were apart, we had more of an opportunity to explore our own interests and develop our own friend groups.”

How to make long distance work

Although long-distance relationships can be riddled with roadblocks, they can also be meaningful and fulfilling. By overcoming the challenges that accompany being apart—and thriving in spite of them—a couple will likely feel as though their relationship is built on a strong foundation that can withstand any future challenges that come their way.

Waddell and her partner have been together for a total of six years, four of which were long-distance. The couple now lives in Seattle and is getting married in March.

“I definitely think [being long distance] made our relationship stronger because it forced us to strengthen our communication skills,” Waddell said. “We learned the importance of consistent communication in keeping a relationship alive—and the importance of prioritizing time for your significant other even if they’re on the other side of the country.”

Apple To Allow ‘Reader’ Apps To Use External Links

Amazon Glow Is Now Available To All In The US

How to Protect Your Photos/Videos (Nude or Otherwise) From Hackers?